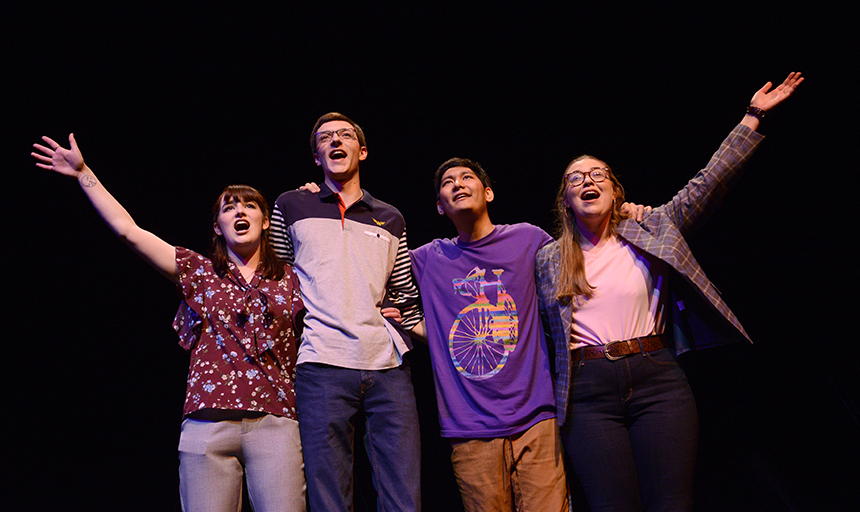 The Theatre Roanoke College cast of the spring musical, [title of show], was surprised by a special guest on their closing night this past Saturday, April 13. Hunter Bell, who wrote and developed the show, was in the audience. From theater professor and director Nelson Barre:

“We actually did not find out about Hunter’s visit until Friday afternoon. Hunter’s father lives in Vinton, and he came over to inform us that Hunter and the entire Bell clan (20 people) would be coming to our final performance. From what I gathered, they found out about it because a student and Bell family member here at RC heard about the show here on campus and told her family. So Hunter flew down from NYC to see the show. It was a great experience for all of us, and he was generous with his time and response to the show.”

You know what’s fun? When your heroes come see you in their play. @theatreroanoke@RoanokeCollege Thanks, @huntbell for coming to surprise our cast of [title of show]! #titleofshowpic.twitter.com/unMLJPozAa