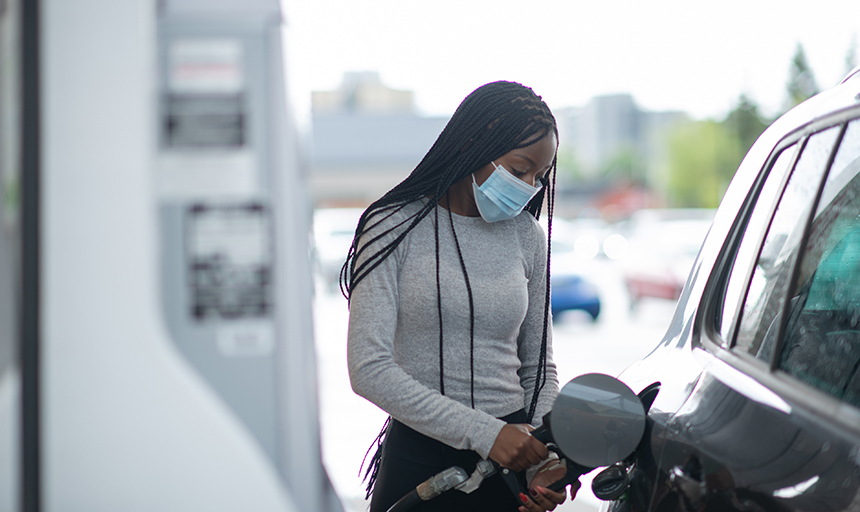 The Virginia Index of Consumer Sentiment is unchanged over the last quarter, remaining well below the pre-COVID-19 levels and 10 points below the historical average. The May 2021 value is 82.7, up only 0.3 points since February. Although the measure rebounded slightly over the summer of 2020, COVID frustrations and concerns about rising prices weigh on consumers in the Commonwealth.

Consumer sentiment stalled over the last quarter as concerns about the current economy, including uncertainty related to COVID-19 and rising prices, weigh on consumers. Twenty-two percent of respondents report their household finances are worse today relative to a year ago, compared to 27 percent who say they improved over the same period. Fifty-six percent believe that business conditions are worse today than a year ago and 45 percent believe now is not a good time to buy large items for their households.

Respondents from the Commonwealth are much more concerned about the current economy as measured by the Index of Current Conditions (ICC). The VA ICC is 77.6, about 12 points below the national value and two points below the Virginia February 2021 value. Conversely, the nation is quite pessimistic about the economy’s future while Virginians are optimistic, reporting an Index of Consumer Expectations almost seven points above the national number. The rallying about the future drives the overall consumer sentiment in Virginia above its national counterpart. The Virginia Index of Consumer Expectations is 85.9 in May 2021.

Virginians anticipate an increase in overall prices in 2021 and beyond. Calling for the survey included the rapid gas price increases associated with the cyberattack on the Colonial Pipeline, which likely fueled consumer price concerns. Both short- and long-term expectations increased dramatically, particularly those describing the coming year. Individual beliefs about prices are heavily influenced by what one sees regularly (ex. fuel and food prices). The demand surge for goods and services as the economy reopens is outpacing supply, adding pressure to overall prices. The market differential will likely close by the end of the year.

“Virginians are optimistic about the future of the economy due to the strong underlying economic fundamentals. The primary drain on sentiment in May was the rapid increase in gas prices from the Colonial Pipeline cyberattack, coupled with increased prices overall.”

“Consumer sentiment in the Commonwealth stalled over the second quarter of 2021,” says Dr. Alice Louise Kassens, John S. Shannon Professor of Economics and Senior Analyst at the Roanoke College Institute for Policy and Opinion Research. “The economy is strengthening as businesses open up and restrictions are relaxed. The Virginia unemployment rate was 4.7 percent in April, down almost half a point since March. Nonfarm payrolls increased by 2,400, with the most significant gains in the trade and transportation and manufacturing sectors. Virginians are optimistic about the future of the economy due to the strong underlying economic fundamentals. The primary drain on sentiment in May was the rapid increase in gas prices from the Colonial Pipeline cyberattack, coupled with increased prices overall. The fuel price shock from the attack will lessen, although gas prices are often higher in the summer months due to increased travel. General prices will likely settle down by year’s end as the supply for goods and services catches demand.”

Interviewing for The Virginia Consumer Sentiment and Inflation Expectations Report was conducted by The Institute for Policy and Opinion Research at Roanoke College in Salem, Virginia, between May 9 and May 23, 2021. A total of 583 Virginians were interviewed. Telephone interviews were conducted in English.

The landline sample consisted of random-digit numbers generated in proportion to the Virginia population so that all residential telephone numbers, including unlisted numbers, had a known chance of inclusion. Cell phone samples were purchased from Marketing Systems Group and Call Delivery Systems. Cell phones comprised 57 percent of the completed interviews.

Questions answered by the entire sample of 583 respondents are subject to a sampling error of plus or minus approximately 4.0 percent at the 95 percent level of confidence. This means that in 95 out of 100 samples like the one used here, the results obtained should be no more than 4.0 percentage points above or below the figure that would be obtained by interviewing all Virginians who have a home telephone or a cell phone. Where the results of subgroups are reported, the sampling error is higher.