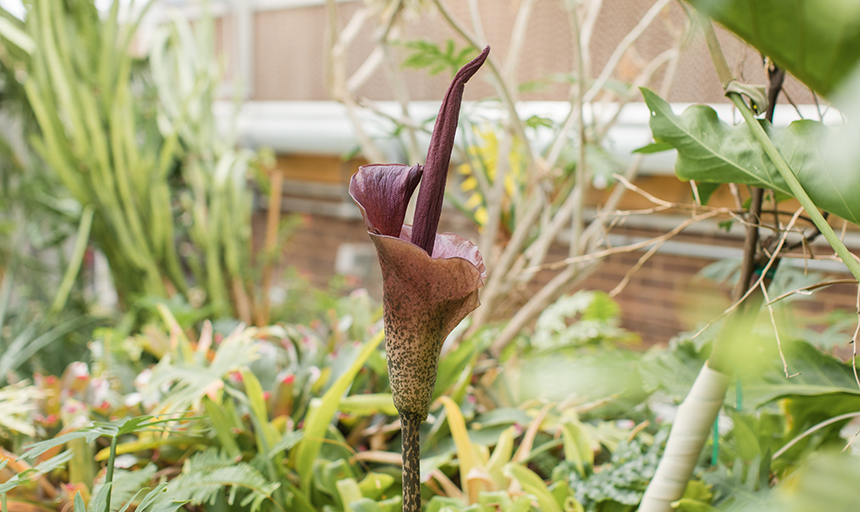 For Abigail LeGrand ‘23, the greenhouse on the roof of Roanoke College’s Life Science Building serves as a peaceful getaway. Earlier in March, her time in the greenhouse also led to a fascinating discovery.

She was watering the variety of plants in the greenhouse when she saw a huge purple flower blooming. She wasn’t sure what kind of flower it was, and it stopped her in her tracks. Dr. Rachel Collins, associate professor of biology, then told LeGrand what it was — a voodoo lily, a rare flower that only blooms once every few years for just about a week.

The exotic plant is in the greenhouse thanks to Dr. J. Brooks Crozier, professor of biology. He bought a couple of the flowers at a Blue Ridge Orchids Society fundraiser a few years ago. He had one bloom in a pot outside his home last spring, and the flower — renowned for its pungent odor — was so smelly that he could smell it inside his house and decided to move it even farther away from the house.

Crozier, a 1991 Roanoke College graduate, thought another of the flowers might bloom this spring, so he planted it in the College’s greenhouse to give students a chance to experience it. There are a few more of them that might bloom in coming years in the greenhouse, Crozier said.

The flower only blooms for a little over a week, but it leaves an impression. LeGrand said that when the lily was blooming, she could smell it from the other side of the greenhouse.

The greenhouse opened 50 years ago this January, and has captured the attention of multiple generations of “plant enthusiasts,” as Crozier puts it. When he was a student, he discovered his passion for plants and biology thanks in part to former professor Phil Lee and his work in the greenhouse. Now, Crozier oversees the greenhouse along with Collins.

“It takes interested students to help us run the greenhouse. It’s a lot of work just to keep everything watered, frankly. It takes time and interest.”

When LeGrand was a high school student just a couple of years ago, the rooftop greenhouse piqued her interest as well.

“When I toured the College, I saw the greenhouse, which was really cool,” LeGrand said. “Last year, I ran into Dr. Crozier’s office and said, ‘Do you need help in the greenhouse? I hear you’re the greenhouse person.’”

Just like that, LeGrand became a key member of the greenhouse team as just a freshman. She’s been going there regularly to water plants, learn about them and simply relax after a long day. LeGrand is an environmental studies major and history minor with a concentration in peace and justice studies.

Crozier would like to see the greenhouse become more diverse in coming years, and multiple students, including Frank Marino ‘21, have taken it upon themselves to bring in more distinctive plants. There are almost always research projects and experiments going on in the greenhouse, and Crozier said he and Collins are always looking for students interested in leading the charge.

“It takes interested students to help us run the greenhouse,” Crozier said. “It’s a lot of work just to keep everything watered, frankly. It takes time and interest.”

If that interest is there, like it was in LeGrand’s case, students can get involved as early as their freshman year and become part of building a fascinating and diverse collection of plant life in the greenhouse. 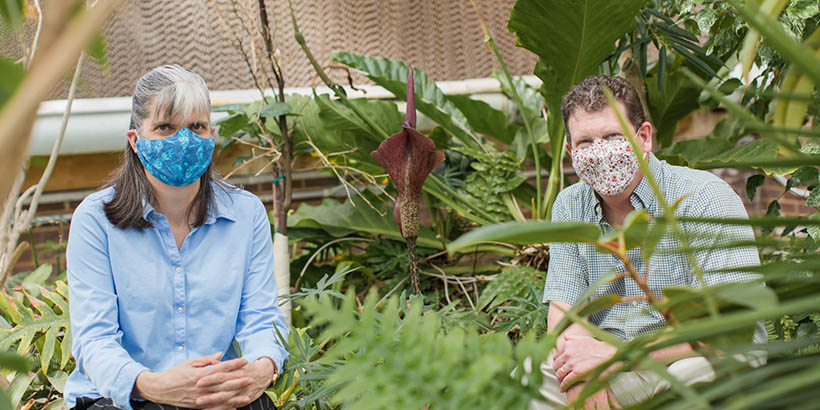 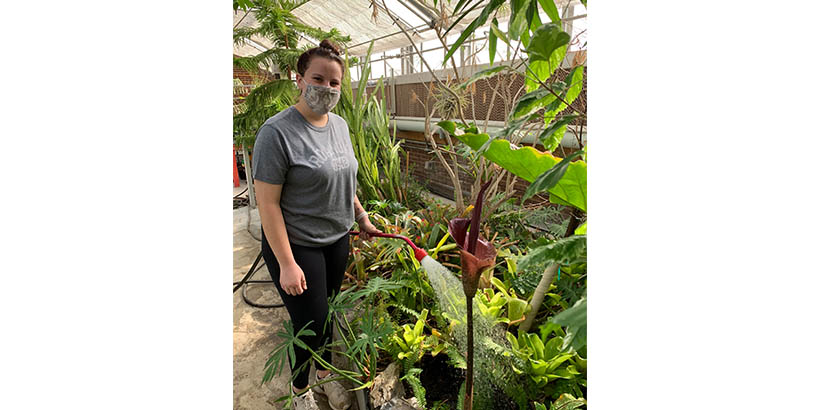 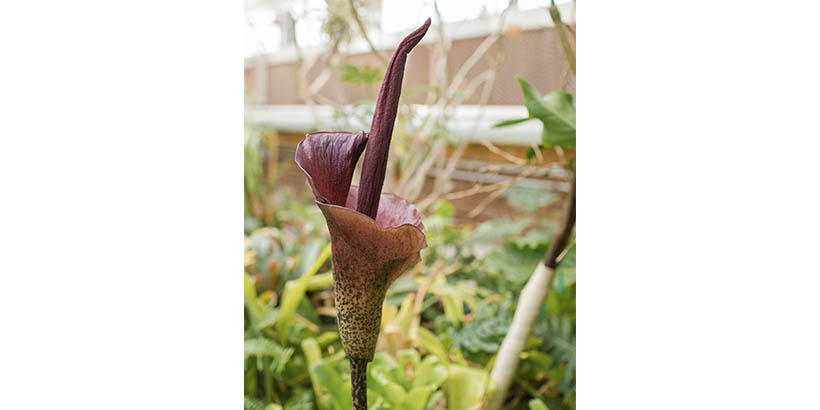 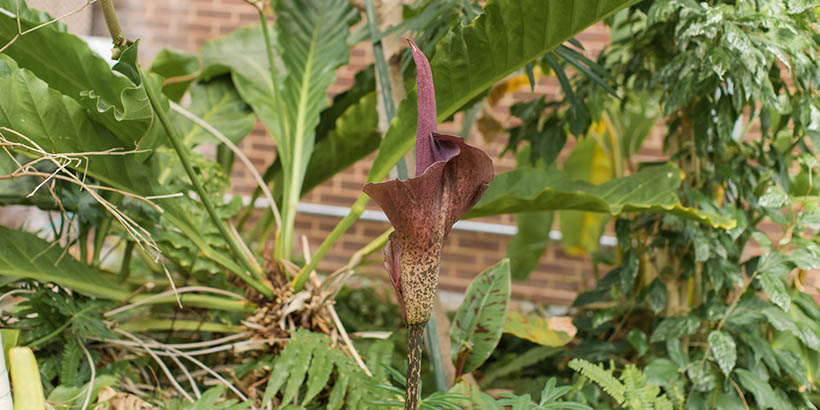