D. Rae Carpenter, Jr. was born in 1928 on the campus of Roanoke College as the only child of Delma Rae Carpenter, Sr. and Gladys Jamison Carpenter. His father, Delma Rae Carpenter, Sr. (Class of 1908), was a member of the faculty and future College Registrar. As a result of growing up around campus and residing on nearby High Street, Rae developed strong relationships with the administration and faculty members. He earned money delivering newspapers, vegetables, and butter to those who lived on campus and in the surrounding neighborhoods. Rae graduated from Andrew Lewis High School in 1945 and began attending Roanoke College that summer.

Rae followed in the footsteps of his father as a member of Sigma Chi Fraternity. He spent much of his time studying physics and was employed as a lab assistant to Dr. Charles Raynor. Under Dr. Raynor's guidance, Rae learned lab techniques and teaching strategies that would help to lay the groundwork for a career in higher education.

After graduating in 1949, Rae entered Cornell University and earned his M.S. in Experimental Physics and Applied Mathematics. Shortly after earning his advanced degree, he joined the faculty of the Virginia Military Institute where he taught physics for the next 40 years. During that time, he earned a Ph.D. in Experimental Physics from the University of Virginia and held visiting professorships at West Point and Auburn University. His relationship with fellow Roanoke alumnus and VMI faculty member Richard "Dick" Minnix '54 led to the development of short courses on physics that were produced as lecture demos. These demonstrations reached thousands of teachers and school-age children throughout the United States, Canada, and China. Notably, the Dick and Rae Physics Demo Notebook has been purchased on every continent except Antarctica and is still in print today.

Rae's service to others was not limited to the classroom. He served the congregation of his home church, Lexington Presbyterian, as a deacon, elder, treasurer, and "fix-it man." During his membership in Rotary District 7570 and Rotary International, Rae maintained perfect attendance for 59 years. He held various positions including Lt. Governor, Group Study Exchange Leader, and District Governor. As a Rotarian, Rae has impacted thousands of lives through projects in Bangladesh and the Philippines. He serves on the Roanoke Regional Committee for the Roanoke Rising Campaign and established an endowed scholarship to support students studying mathematics or physics.

Rae married Jane Grant Carpenter and the couple have three children: Dee '76, Grant, and Barbara. Additionally, they have four grandchildren. Rae and Jane shared their values of hard work and servant leadership with their children, as well as their love of travel. The family has taken trips all over the world. 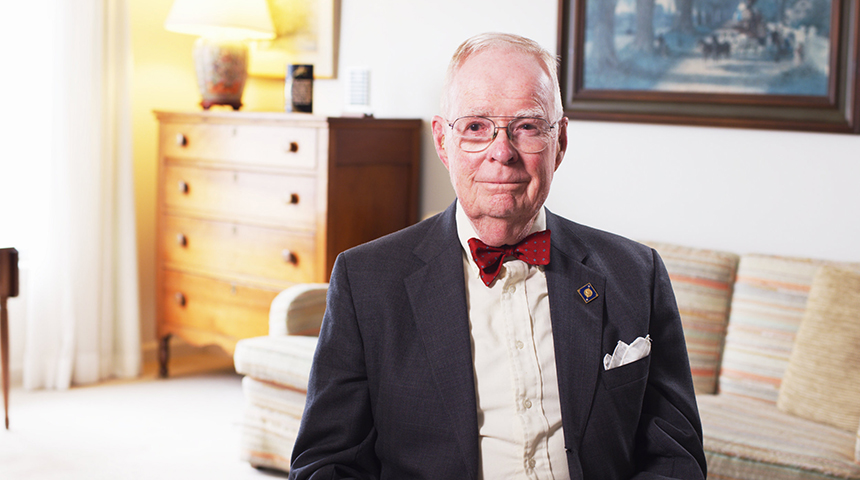