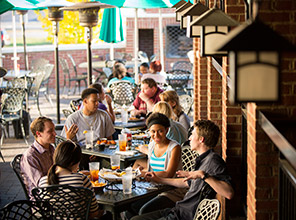 You'll find all the amenities of a great college town just a few blocks from campus—stores, shopping, services, restaurants, nightlife. Get coffee and a muffin from Mill Mountain Coffee, visit a local farmers' market, browse the stores, have lunch or dinner at Mac & Bob's or Macado's — two classic college hangouts—or catch some live music at night. Whatever you do, you'll feel welcomed in Salem. The trains running through downtown Roanoke. The railroad was instrumental in the development of our region. (Photo courtesy of Terry Aldhizer) Grab a tube and take your pick of local rivers and creeks. A scene from downtown Roanoke at night. The Taubman Museum is great for art lovers and provides a stunning location for local events. Nearby Smith Mountain Lake and Claytor Lake offer a great place to relax or try out some water sports. Hiking the famed Appalachian Trail, which runs right by our campus. Want a nice evening out? Check out the Grandin Village — see a movie, go to dinner or just walk around.

Our Backyard: The Roanoke Valley 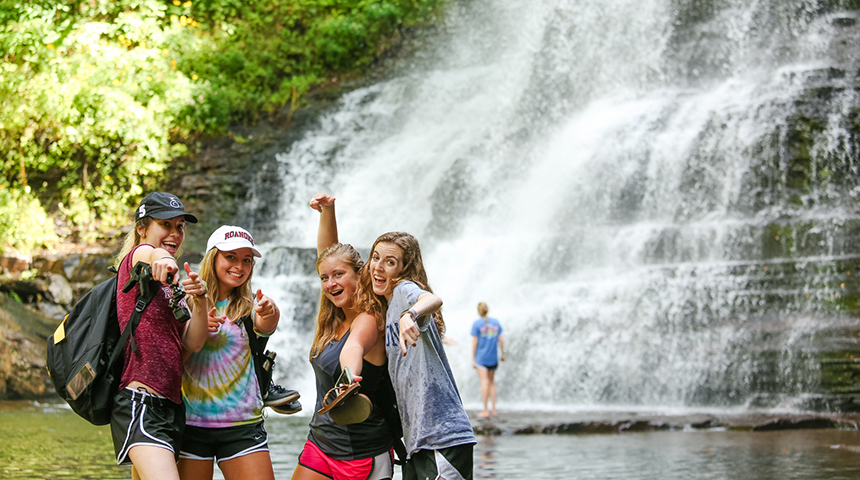 See why you'll love making the Roanoke Valley your home.

The Roanoke Valley offers a wide assortment of places to eat. Downtown Roanoke, just a 10-minute drive away, has the largest selection, from New American to BBQ, and everything in between. Some favorites are Frankie Rowland's Steakhouse, Table 50, Nawab, Lucky and Blue5. The City Market Building houses an international food court that's a popular lunch destination.

Grandin Village, a neighborhood on the outskirts of the city, offers a number of good restaurants as well, including Rockfish, Taaza, Local Roots and many others.

Some popular restaurants within walking distance in downtown Salem are Macado's, Mac & Bob's,  El Jefe Taquería and Freshens, among many more.  Some others in Salem include Mamma Maria's, Applebee's, Chick-Fil-A and El Rodeo.

Southwest County caters to the more discerning shopper with many upscale fashion boutiques. Make sure to check out The Shoppes at West Village on 419.

Roanoke's nightlife scene is full of options, whether you're interested in live music, dancing or more laid-back coffeehouses. Bars and clubs across the valley offer every kind of evening entertainment from jazz to rock to Latin music. If you're into movies, catch a flick at the Valley View Grande Theatre , the AMC Classic Roanoke 10 at Tanglewood Mall, or AMC Cassic Salem Valley 8 on Apperson Drive. For independent movies, check out the Grandin Theatre. 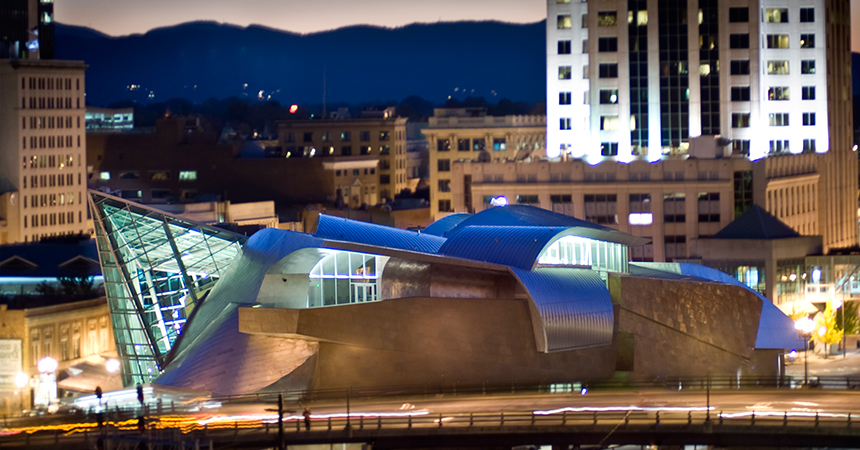 The Roanoke Valley is home to many museums and art galleries. Roanoke's Center in the Square is the region's cultural center that houses and supports many museums and performance companies. Just blocks away, the striking Taubman Museum of Art was designed by Los Angeles architect Randall Stout, who worked under Frank Gehry.

And, don't miss The Roanoke Star, the largest man-made illuminated star that sits atop Mill Mountain and is seen from all over the valley. It's a great place to visit for a superb view of the city.

Roanoke is a great place for outdoor recreational activities including mountain biking on the trails at Carvins Cove, swimming and boating at Smith Mountain Lake, and downhill skiing at several nearby locations. Watch this video about Roanoke's Outdoor Adventures program.

All Roanoke College students get a discounted membership to the Salem YMCA in addition to free access to the campus fitness facilities.

It seems that almost every week there's an event or festival somewhere in the area.

Ongoing events include: First Fridays; Party in the Park; and Salem After Five.

Maps & Directions How to find your way here and explore our campus.
Lodging Where to stay and experience our southern hospitality.

For more information about the Roanoke Valley, check out these resources: