The Roanoke College A Capella Choir is the oldest vocal ensemble on campus. Comprising up to 60 auditioned singers, the choir represents every academic discipline on campus and is widely recognized for its versatility, innovative programming and beautiful sound.

Since its founding in 2009, the Oriana Singers have been in demand for their beautiful choral tone and eclectic treble repertoire. Comprising 40 auditioned singers, Oriana has appeared often with the Virginia Glee Club (UVa) including orchestral performances of Mozart's Requiem. Oriana looks forward to continued growth, travel and choral/orchestral collaborations.

Check out the Roanoke College A Capella Choir's YouTube channel. 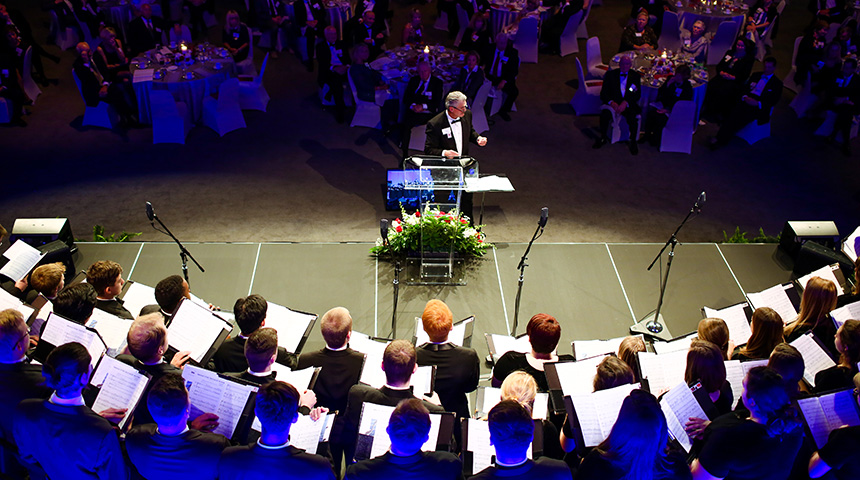