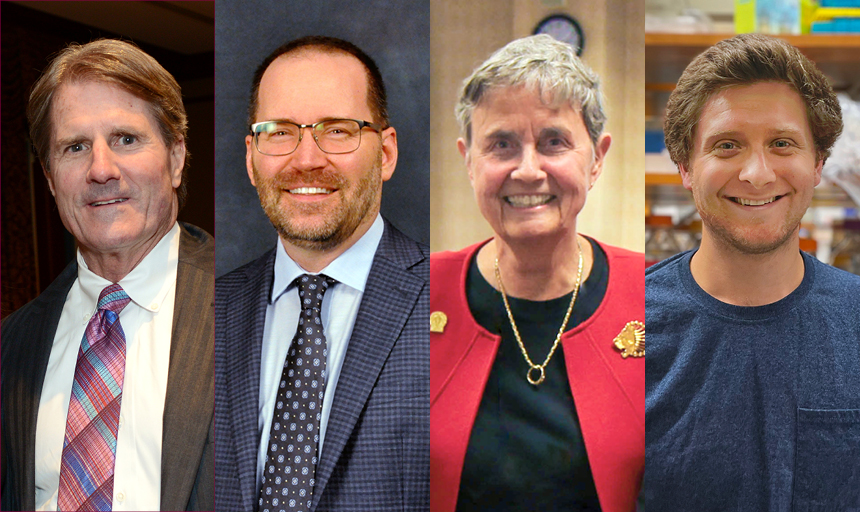 Bettie Sue Siler Masters, Ph.D. received an honorary Doctor of Science degree at the 2022 commencement ceremonies at the Medical College of Wisconsin. Masters ‘59, of Durham, N.C., was additionally honored with the dedication of a conference room in her name.

The Masters family has many Roanoke College connections. Her late husband was Robert Sherman Masters ’54 and her daughter is Deborah Masters Camitta ’87. 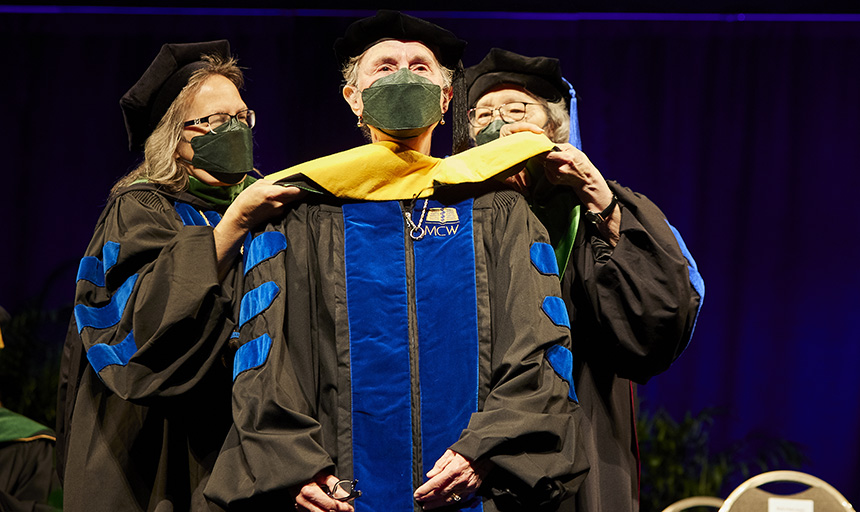 James Turk ‘79 was appointed to the Radford University Board of Visitors by Virginia Governor Glenn Youngkin. Turk is a partner at Harrison and Turk, P.C.

Barry Hubbard ‘99, Ph.D., has been named the new Dean of the School of Trades, Advanced Technologies and Sustainability and the School of Business, Professional Studies and Education at Santa Fe Community College in New Mexico. Hubbard ‘99 was a music major at Roanoke College.

Previously, Hubbard served as the Dean of Associate in Science Degree Programs at Hillsborough Community College, Dale Mabry Campus, in Tampa, Florida, where he was responsible for the academic operations and administration of more than 60 associate degrees and college credit certificates in accounting, architecture/building construction, business administration, computer information technology, dietetics, electrical engineering, entrepreneurship, and hospitality/culinary management. He served as a dean for four years and worked at the college for 15 years, serving as a faculty member and department chair for computer science.

Nicholas Wright ‘16 has completed his Ph.D. in biochemistry at Duke University. He defended his dissertation "Structure, function, and pharmacology of human nucleoside transporters" in June. Wright’s research focus is on structural and functional studies of human drug transport proteins. He will be staying on at Duke to complete his ongoing research.

“My ultimate goal is to lead a research team in an academic setting as a university professor,” Wright said, “focused on structural, biophysical, and functional studies of human proteins of high pharmacological relevance.”

Wright and his wife, Isabel, have a one-year-old daughter.

Wright said he believes he and Dr. Masters “are the only two Roanoke graduates to complete a Ph.D. in biochemistry at Duke.”

“I am honored to follow in her footsteps,” Wright said. “Dr. Masters is a leader in her field, making seminal discoveries in enzymology over many decades. She is also a leader and role model for many researchers in the field of biochemistry in general, having served in leadership roles for large professional societies and training programs.”