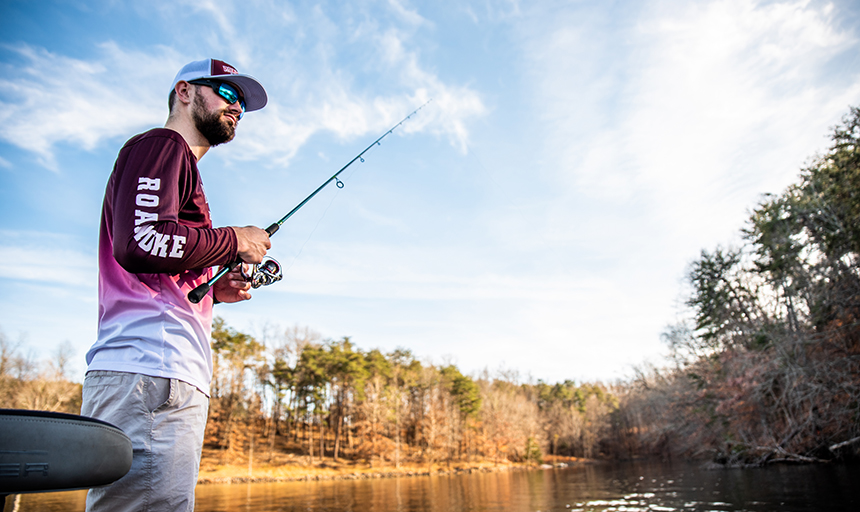 Even before arriving there this past weekend, Will Hamilton ‘22 and Branen McKeon ‘24 could tell you just about everything about Fort Gibson Lake in Oklahoma. They know its shoreline. They know the weather. They know the water temperature. They’re reasonably certain the bass in its waters are pre-spawn, meaning they’ll be swimming toward the banks.

Hamilton and McKeon have spent weeks studying Fort Gibson Lake via Google Maps, an aquatic mapping service called Navionics, and other technologies, because starting tomorrow, March 29, the two of them are competing in the Abu Garcia Fishing National Championship, which takes place on Fort Gibson Lake. The three-day competition is being livestreamed on majorleaguefishing.com.

This is the first time Roanoke College anglers have ever qualified for the national championship. Hamilton and McKeon qualified by finishing fifth in an Abu Garcia College Fishing event on the Potomac River last June.

“This is uncharted territory for Roanoke College,” Hamilton said.

Along with team advisor Bob Shupe, Hamilton and McKeon loaded all their gear and towed the College’s fishing boat more than a thousand miles to Fort Gibson Lake, which is about an hour outside Tulsa, Oklahoma.

They are one of 178 teams vying for the title. First place receives a $33,500 prize package, including a new Phoenix 518 pro bass boat with a 115-horsepower outboard motor. The first-place finishers also get a chance to compete as a pro in the 2022 Toyota Series Championship.

“There are a lot of schools that get more recognition, because of just having more funding for stuff like that, but I mean, fishing is kind of anybody's game. Someone might have more expensive gear, but if you can find the spots and fish, anybody can win.”

Even though Hamilton and McKeon will be competing against much larger colleges and universities, they know they have a shot. In the event last year when they qualified for the championship, they beat out anglers from large institutions such as Auburn University, Virginia Tech, Liberty University, Penn State University and Ohio State University.

“There are a lot of schools that get more recognition, because of just having more funding for stuff like that,” McKeon said, “but I mean, fishing is kind of anybody's game. Someone might have more expensive gear, but if you can find the spots and fish, anybody can win.”

In addition to that, the fact that most of the competitors have never fished in Fort Gibson Lake also evens the playing field, McKeon said. Last year, for example, winners of the championship were from Drury University, which has an undergraduate enrollment of just over 1,300 students – smaller than Roanoke.

Hamilton said he hopes their success can get more exposure for Roanoke College and its fishing program. Both Hamilton and McKeon said they’re looking forward to competing against the best collegiate anglers in the country, and they're looking forward to traveling somewhere new and meeting people from all over the nation.

“It's just kind of crazy that teams are coming from all over the country to fish in this,” Hamilton said. “This is the pinnacle of college fishing.” 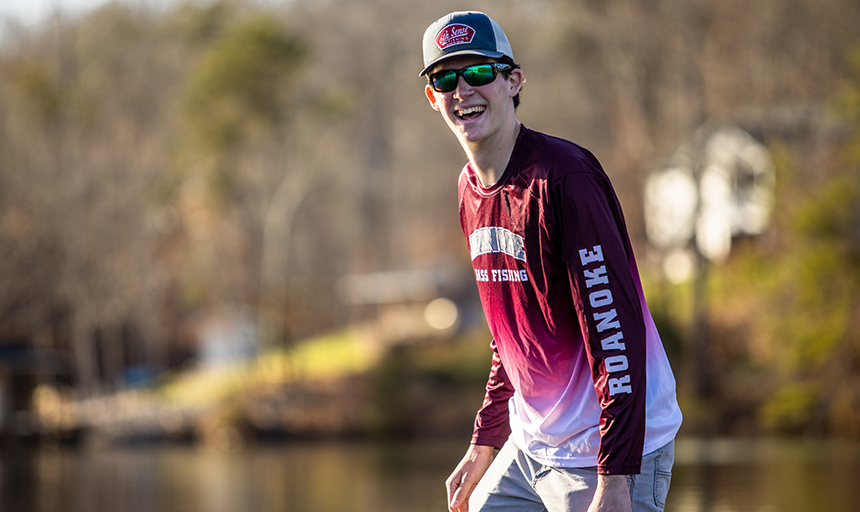 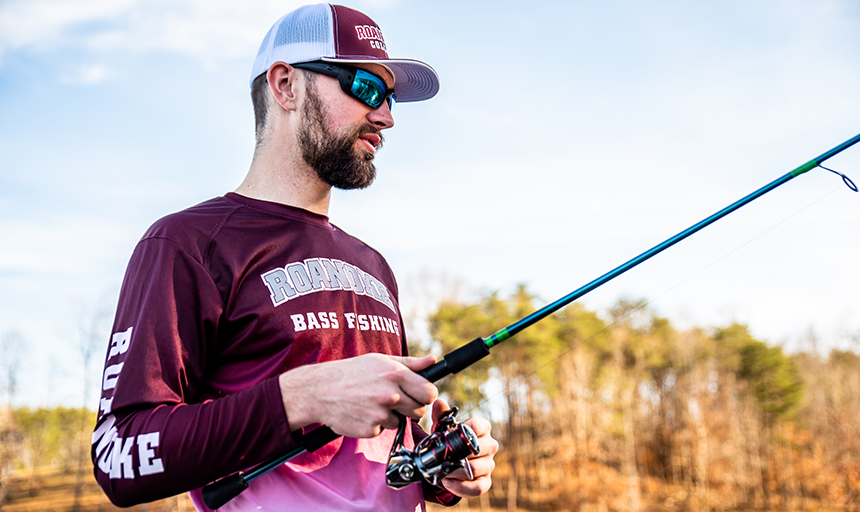 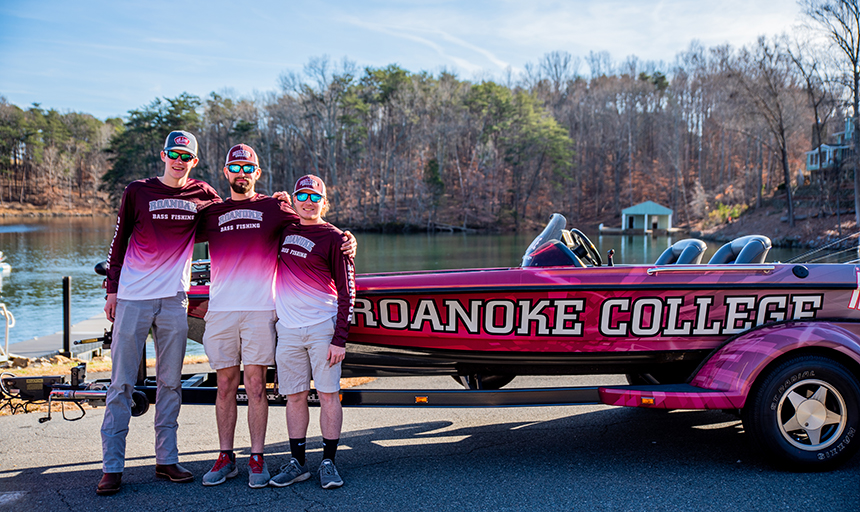 Members of the Roanoke College bass fishing team pose in front of the College's boat. 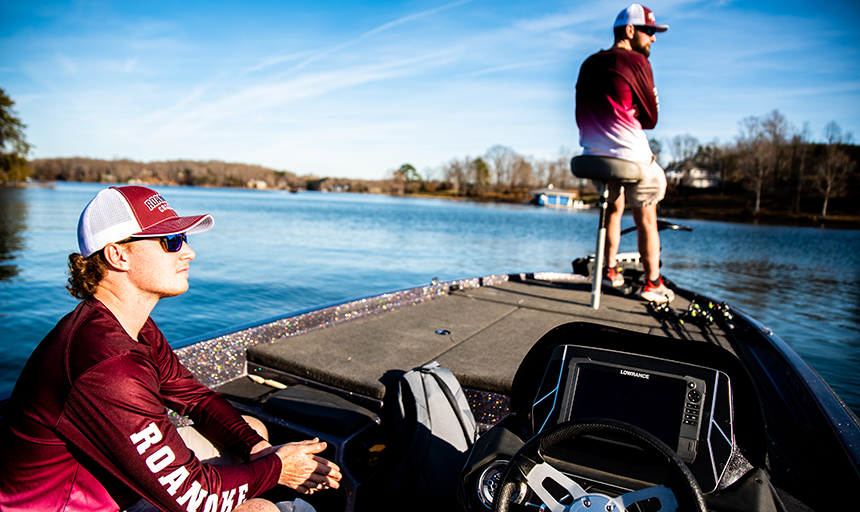 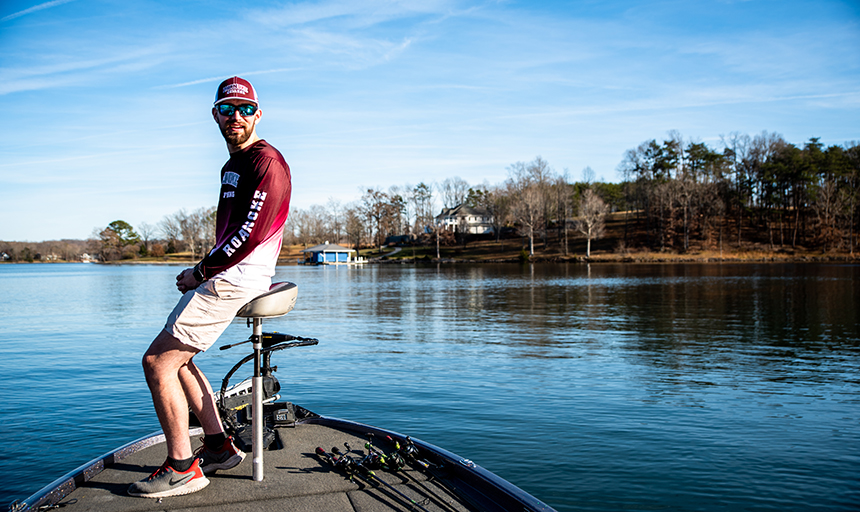 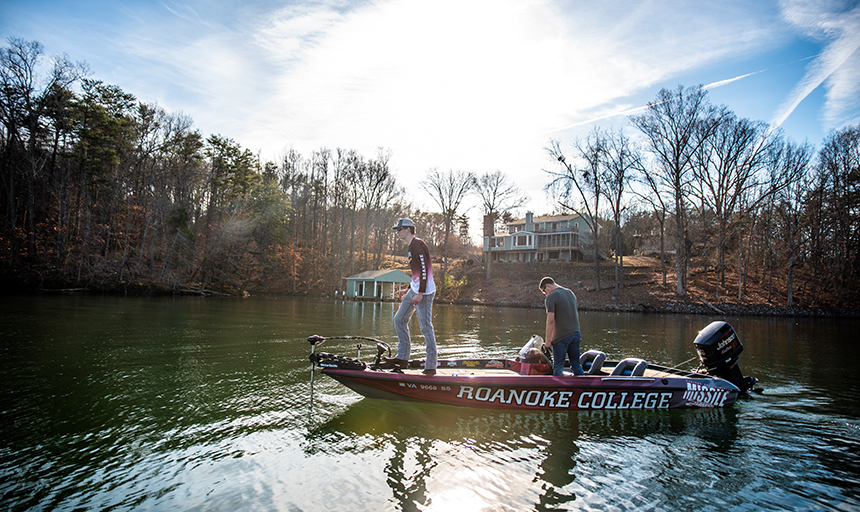 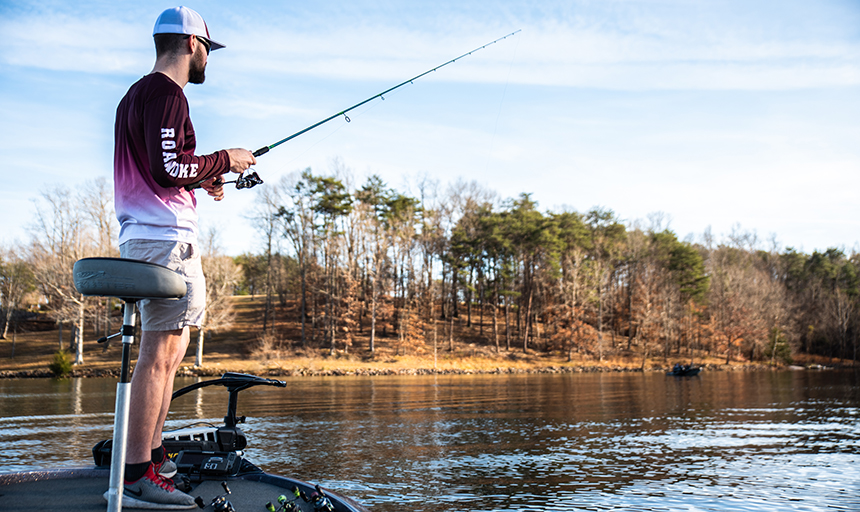 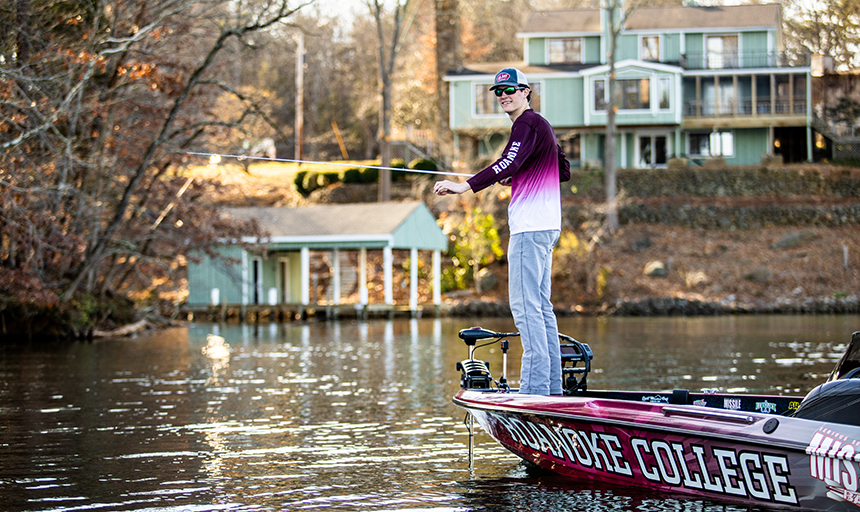