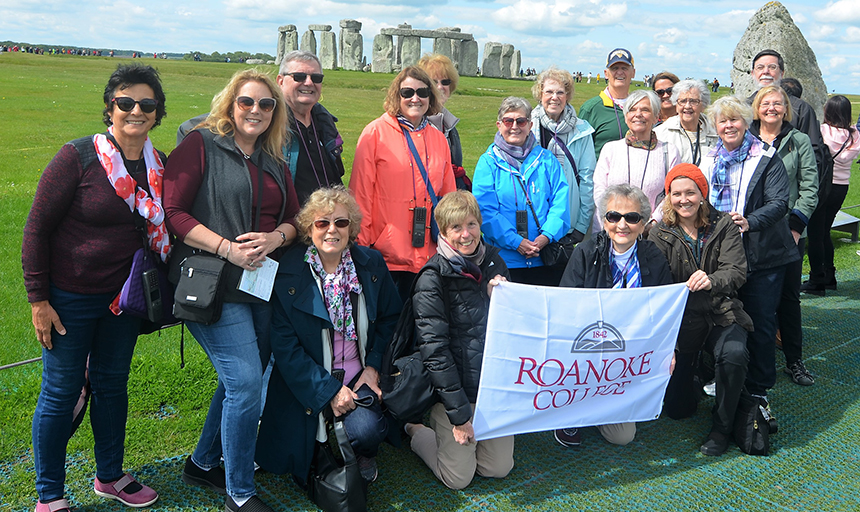 A June 24 article in Kiplinger’s that ranked Roanoke, Virginia as the No. 1 place in the United States to retire, touted the Elderscholar program as one of many area attractions for retirees.

“Retirees can also expand their minds as an Elderscholar at Roanoke College in neighboring Salem, Va.,” the article noted.

Developed in 1984, Elderscholar has become the Roanoke Valley’s premier retiree educational program, offering a five-week lecture series each semester in addition to a travel program called Adventure Scholar. The program is designed for the 55-and-older population and consists of native Roanoke Valley residents as well as those who relocate to the area to enjoy their retirement years.

Larry and Jo Shepherd moved to Roanoke from Syracuse, New York, in 2001 and said Elderscholar has been a primary reason they’ve enjoyed the area so much.

“After looking at several East Coast retirement communities, we chose Roanoke because of the beautiful mountains and four seasons,” they said. “We were soon introduced to Elderscholar and have attended both lectures and Adventure Scholar trips in the U.S. and abroad. We have fostered several new friendships as a result.”

In 2015, Elderscholar began offering day and overnight educational adventures, and expanded to offer its first international trip in 2019, to England, Scotland and Wales. The oldest Adventure Scholar traveling to the United Kingdom was age 90.

“After looking at several East Coast retirement communities, we chose Roanoke because of the beautiful mountains and four seasons. We were soon introduced to Elderscholar and have attended both lectures and Adventure Scholar trips in the U.S. and abroad. We have fostered several new friendships as a result.”

Pending trips for 2021 (rescheduled from 2020) include the Canadian Rockies and Glacier National Park in Montana in late August, followed by Southern Italy in October. A domestic trip to Philadelphia, Pennsylvania, is also being planned this fall with Dr. John Selby, Roanoke College professor of history.

The COVID-19 pandemic didn’t stop Elderscholar from providing an educational outlet. The lecture series pivoted to a virtual platform offering webinars when meeting in person wasn’t an option. Although most participants crave the socialization and lunch aspect of the program, the College was able to broaden the audience base beyond the Roanoke Valley to include alumni and friends of the College. Participants tuned in from as far as California and Canada. Due to the popularity of virtual programming, Elderscholar will offer a hybrid approach this fall.

The fall lecture series, which begins Sept. 14, features a wide variety of topics. Registration is required and opens mid-August. In addition to the Elderscholar program, many retirees also enjoy the endowed lectures offered by the College as well as the Olin Hall visual and performing arts programs.

Kiplinger’s is a Washington, D.C.-based publisher of business forecasts and personal finance advice. To read its full “7 of the Best Places to Retire” article, click here.