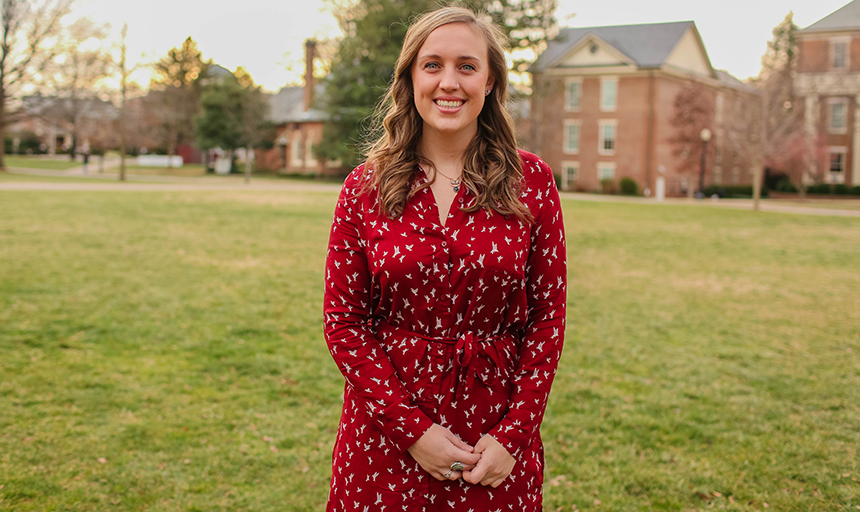 Kristen Wicander '17 has a Fulbright Student Award as an English Teaching Assistant (ETA) in La Rioja, Spain. Wicander, originally from Moodus, Connecticut, is a Spanish and psychology major. Wicander's Fulbright program covers an academic year, where she will be teaching English to children ages 6-12, as well as teaching social studies, science, and American culture. Wicander also will be active in the Spanish community and take classes to fully immerse herself in the culture.

Wicander first learned about Fulbright as a freshman while attending an academic awards luncheon. "My professors have always encouraged me to push myself and jump in head-first to every possible opportunity," Wicander said.

She spent a semester in Murcia, Spain in the spring of 2016.

“My professors have always encouraged me to push myself and jump in head-first to every possible opportunity.”

"I'm really excited to go back to Spain and to experience everyday life in a very different part of the country," Wicander said. "I absolutely love working with children, so I really can't wait to be working with Spanish children."

After the year with the Fulbright program, she hopes to apply to other English Teaching Assistant programs in South America to accompany her teaching experience in Spain. She also plans to attend graduate school to become a school psychologist.