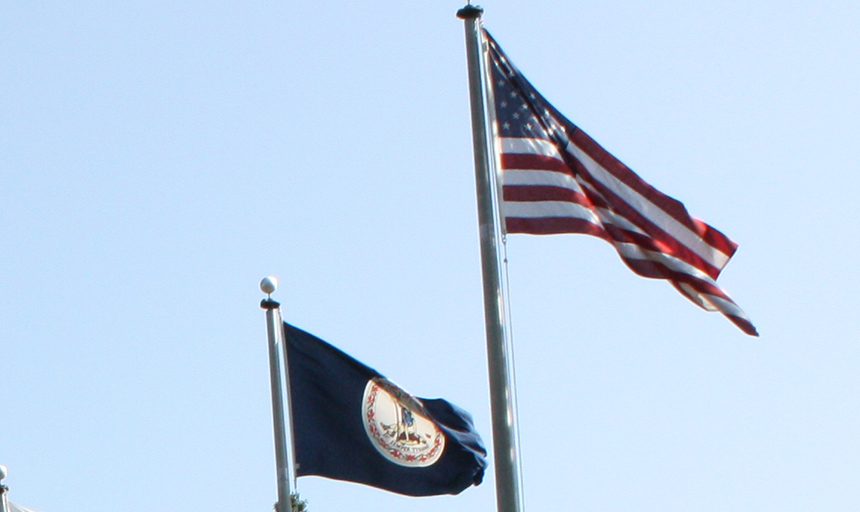 The Roanoke College Poll interviewed 601 residents in Virginia between November 9 and November 13 and has a margin of error of +4 percent.

Presidential race — a pox on both your houses

“There is good news and bad news for Hillary Clinton in these results. While she is tied with or leads all the top Republican contenders, her unfavorable rating of 47 percent is dangerously close to the 50 percent line often thought to make a candidate unelectable. ”

Dr. Harry Wilson, director of the Institute for Policy and Opinion Research

While a large majority of respondents (81%) view drug abuse as a serious problem in the nation, just over one-third (37%) describe the issue in their neighborhood as serious, while another one-third (33%) say it is a minor problem.

A majority of respondents (57%) think the movement away from mandatory prison sentences for non-violent drug offense is a good thing, and 79 percent said that people convicted of possessing small amounts of marijuana should not serve time in jail or prison. Still, two-thirds (66%) prefer imprisonment for those convicted of possessing larger amounts of marijuana typically associated with selling.

Two-thirds of Virginians (68%) would rather see users of more serious drugs such as heroin and cocaine receive treatment than be criminally prosecuted (24%). However, a strong majority (83%) want imprisonment for those convicted of possessing larger amounts of those drugs typically associated with selling. A majority (59%) also prefers prison for anyone currently on probation who is caught possessing any illegal drug. (These results are similar to those obtained in a national survey conducted by the Pew Center in April, 2014. http://www.people-press.org/files/legacy-questionnaires/Drugs Topline for release.pdf)

Regarding larger questions related to sentencing reform, 60 percent of respondents think Virginia should reinstate parole, while 32 percent prefer to keep the status quo. When asked to reflect on the drop in the crime rate and increasing incarceration rates over the past two decades, respondents were split between saying that taking people off the streets led to lower crime (43%) and that we now incarcerate too many offenders (42%).

Nearly two-thirds (63%) of Virginians think the country is on the wrong track, while 26 percent think it is headed in the right direction. At the same time, they are split regarding job approval for President Obama with 43 percent approving and 43 percent disapproving. Both are statistically unchanged since the August Roanoke College Poll.

"There is good news and bad news for Hillary Clinton in these results," said Dr. Harry Wilson, director of the Institute for Policy and Opinion Research. "While she is tied with or leads all the top Republican contenders, her unfavorable rating of 47 percent is dangerously close to the 50 percent line often thought to make a candidate unelectable. The fact that most of her opponents are also ‘under water' on that scale clearly benefits her."

With regard to criminal justice reform, "Virginians' views of drug-related crimes are similar to those of the nation, Wilson said. "In an era of low crime, it is not too surprising that the pendulum is swinging in the direction of less punitive measures. If the crime rate turns, we should expect to see opinion change as well. And, while the public favors reinstating parole, that could also change as opinion is split on the impact of higher incarceration rates."

Interviewing for The Roanoke College Poll was conducted by The Institute for Policy and Opinion Research at Roanoke College in Salem, Va. between November 9 and November 13, 2015. A total of 601 Virginia residents 18 or older were interviewed. Telephone interviews were conducted in English. The random digit dial sample was obtained from asde Survey Sampler and includes both Virginia land line and cell phone exchanges so that all cell phone and residential land line telephone numbers, including unlisted numbers from Virginia exchanges, had a known chance of inclusion. Cell phones constituted 38 percent of the completed interviews.

Questions answered by the entire sample of 601 residents are subject to a sampling error of plus or minus approximately 4 percent at the 95 percent level of confidence. This means that in 95 out of 100 samples like the one used here, the results obtained should be no more than 4 percentage points above or below the figure that would be obtained by interviewing all Virginia residents who have a home telephone or a cell phone. Where the results of subgroups are reported, the sampling error is higher. For example, the sample of 555 registered (and those who said it was likely they would register by November 2016) voters has a margin of error of + 4.2%.

Click here for more about the Institute for Public Opinion Research.