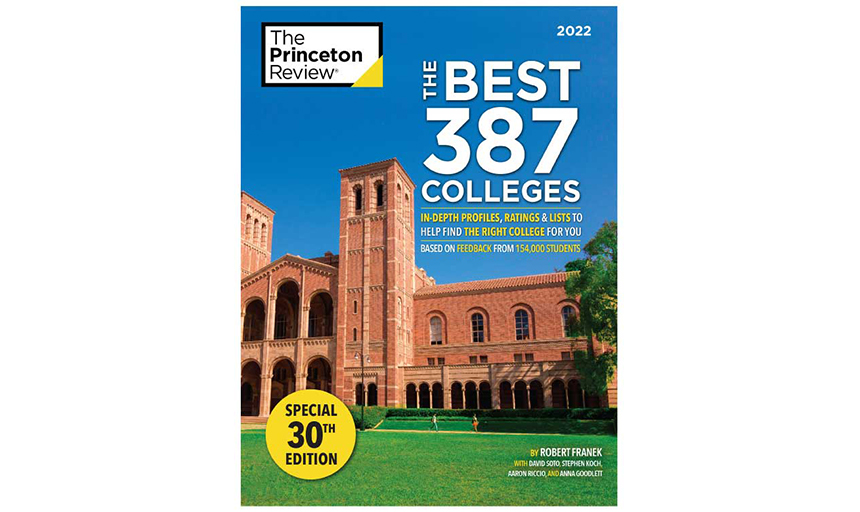 Roanoke College is one of the nation's best institutions for undergraduate education, according to The Princeton Review, which features Roanoke in “The Best 387 Colleges” (Penguin Random House), the 2022 edition of its annual college guidebook.

The new edition of The Princeton Review’s “Best Colleges” guide, released Aug. 31, is the college admission services company's milestone 30th anniversary edition. Roanoke College has appeared each year in the publication since the 2012 edition.

"We're delighted to once again be included on the list of Great Schools for Psychology Majors,” said Dr. Darcey Powell, associate professor of psychology at Roanoke. “We take great pride in making sure our students are exposed to the breadth of psychological science, have choice in the areas for which they want to pursue for their career interests, and are supported through various experiential opportunities such as research and internships."

Roanoke also is among the 143 Best Colleges in the Southeast, colleges that The Princeton Review considers “academically outstanding and well worth consideration” in students’ college search.

“We take great pride in making sure our students are exposed to the breadth of psychological science...and are supported through various experiential opportunities such as research and internships.”

Only about 14% of America’s four-year colleges are profiled in the book. The company chooses colleges for the book based on data it annually collects from college administrators about their institutions’ academic offerings. The Princeton Review also considers data it gathers from its surveys of college students who rate and report on various aspects of their campus and community experiences. The Princeton Review does not rank the colleges from 1 to 387 in any category.

In its profile of Roanoke College, The Princeton Review quotes extensively from Roanoke students who were surveyed for the guidebook. Among the student comments:

In its announcement of the book’s release, The Princeton Review also released findings of its recent July–August survey sent to 655 college administrators on topics from their fall reopenings and COVID protocols to enrollment forecasts and more. A release on the survey findings with a link to a complete report on the findings is posted in The Princeton Review Media Center (https://www.princetonreview.com/media).