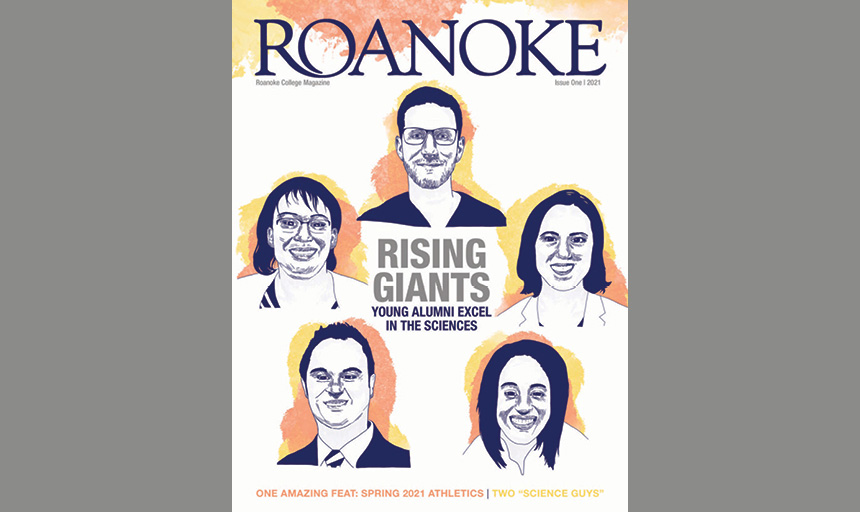 Science, largely, has driven the direction of life for the past 15 months, largely determined the how, the when and the why.

Institutionally, Roanoke College is no stranger to science. The College has a longstanding tradition of educating, nurturing, training and preparing students for distinguished careers in the sciences — from as far back as 1935, when Vernon Mountcastle graduated from Roanoke with a bachelor’s degree in chemistry. Mountcastle, who went on to earn a medical degree from Johns Hopkins University School of Medicine, became a legend for his breakthrough discoveries in neurophysiology.

Without question, Mountcastle — widely regarded as the “father of modern neuroscience” — was a giant in his field.

But who are rising giants? Who, supplied with the fruits of their Roanoke experience, is breaking through in the sciences?

The Rising Giants. Click here to read more about these five accomplished alumni in a preview of the new issue of Roanoke College magazine.