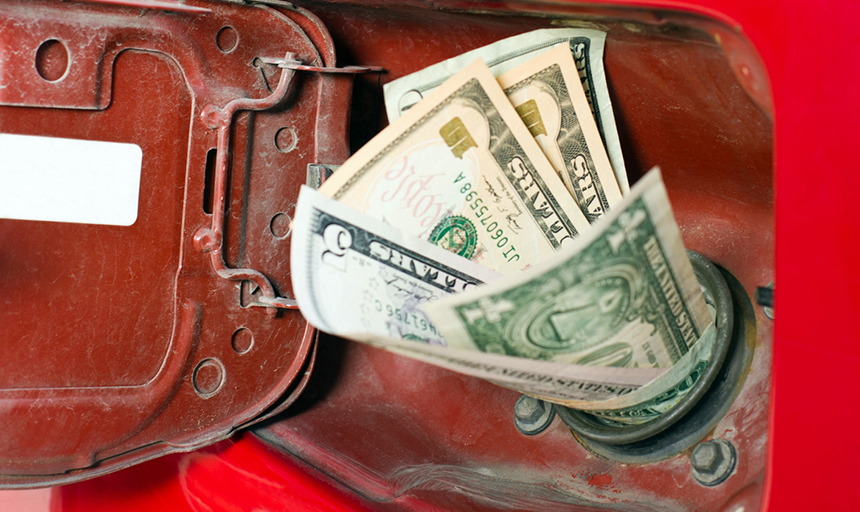 The Virginia Index of Consumer Sentiment (VAICS) rebounded in the third quarter of 2022 after experiencing heavy losses over the year's first half. The primary drag on sentiment is inflation, which stabilized in July. Specifically, gas prices fell, providing households some financial relief and optimism.

Consumer sentiment increased by over eight and a half points in the 3rd quarter of 2022 to 66.3. The value is the second lowest in series history but significantly reverses the recent trend. The increase in sentiment is only the third upward tick since the start of the pandemic and the largest gain since February 2018. Since the beginning of the pandemic, the index lost 30 points.

Nationally, the July unemployment rate was 3.5%, equaling the pre-pandemic (February 2020) value; the rate in Virginia is 2.8%, also close to its pre-pandemic value (2.7%.) Although buoyed by a strong labor market, consumer sentiment is more sensitive to prices, which are significantly higher today than a year ago. Gas prices impact every household, directly at the pump and indirectly through higher food prices. According to AAA, a gallon of regular gas averaged just over $3.70 in mid-August, down almost $0.60 over the previous four weeks but still well above the sub-$3.00/gallon average of a year ago. Falling gas prices relieve household finances and stimulate consumer sentiment.

Respondents from the Commonwealth remain primarily concerned about the current economy as measured by the Virginia Index of Current Conditions (VA ICC). In August, the VA ICC is 59.3, up almost ten points since last quarter but down 14 points compared to a year ago. Only a quarter of respondents report their finances being better today than a year ago, despite the increase in home values. Virginians see their wages buying considerably less today than a year ago, prompting their dour report of the current conditions. Less than a third of respondents believe that now is a good time to buy large durable goods like refrigerators. However, they are slightly more optimistic than the nation as a whole. The national ICC is 55.5.

Although sentiment is low in the Commonwealth, there is relative optimism about the future. The Virginia Index of Consumer Expectations (VA ICE) is 70.8, almost 16 points above the national number. About 38 percent of respondents believe that the coming few years will witness an improved economy, up seven points since last quarter. Future gas prices are a determinant of expectations. Forty-two percent of respondents believe that gas prices will rise over the next 12 months, while a quarter anticipate prices to continue to fall. Of those who expect prices to rise over the next year, most believe the increase will be less than a dollar a gallon.

Virginians anticipate rising overall prices in the near term, although the short- and long-term price expectations are close to their historical averages. Individual beliefs about prices are heavily influenced by what one regularly sees (ex. fuel and food prices). Supply chain issues, high prices at the pump, and labor shortages contribute to inflation and respondents' concerns. Nationally, inflation rose to a seasonally adjusted annual rate of 8.7 percent in June 2022, the highest in decades, before stabilizing in July. That strain is the primary driver of falling sentiment nationally and in the Commonwealth.

The Virginia Consumer Sentiment Report is conducted by the Institute for Policy and Opinion Research at Roanoke College as a public service.

"Consumer sentiment turned a corner in the third quarter of 2022, moving up more than in the last four years," says Dr. Alice Louise Kassens, John S. Shannon Professor of Economics and Senior Analyst at the Roanoke College Institute for Policy and Opinion Research. "Hopefully, this will continue, and we will trend upwards. Strong consumer confidence highlights how consumers feel about the economy and can also impact the future. If people are worried about the economy's future, it can become a self-fulfilling prophecy, and we can push ourselves into a recession. The labor market remains strong. The pullback in quarantine recommendations for school-age children will give parents more freedom to pursue job openings, further strengthening the labor market and bolstering our economy. The largest drag on sentiment is inflation. There are signs the supply chain issues are sorting themselves out. There is a strong market incentive for this to happen, albeit slowly, due to the size of the global economy. If this continues, prices should continue to trend downward. As gas prices fall, not only will this make filling your tank cheaper, but the indirect effect of higher fuel prices on food and other shipped items will also lessen, allowing each hard-earned dollar to go farther and lessen the financial pinch we are all feeling."

Interviewing for The Roanoke College Poll was conducted by The Institute for Policy and Opinion Research at Roanoke College in Salem, Virginia, between August 7 and August 16, 2022. A total of 664 completed interviews came from random telephone calls to 429 Virginians, and 235 responses were drawn from a proprietary online panel of Virginians. Telephone interviews were conducted in English. Cellphones constituted 49% of the completed phone interviews. Marketing Systems Group provided the telephone dialing frame, and Lucid, LLC facilitated the online panel.

Questions answered by the entire sample of 664 respondents are subject to a sampling error of plus or minus approximately 4.0 percent at the 95 percent level of confidence. This means that in 95 out of 100 samples like the one used here, the results should be no more than 4.0 percentage points above or below the figure obtained by interviewing all Virginians with a home telephone or a cell phone. Where the results of subgroups are reported, the sampling error is higher.