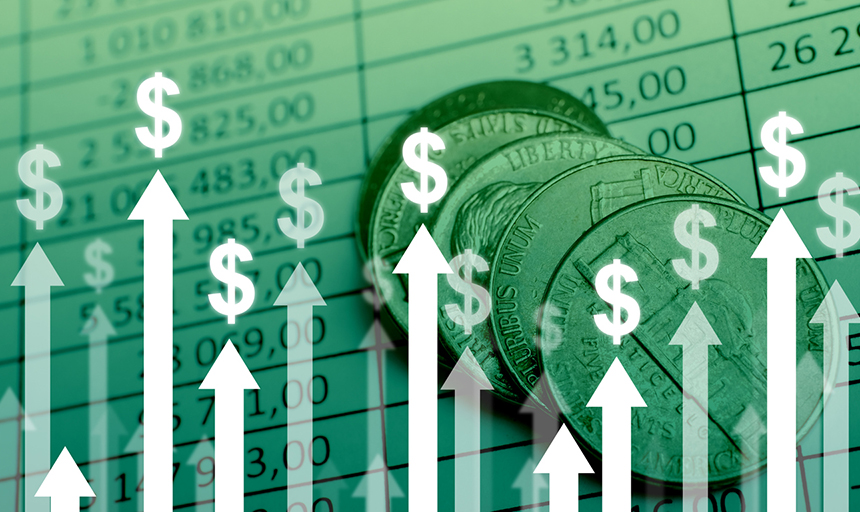 Consumer sentiment continues to plunge with rising prices to blame

The Virginia Index of Consumer Sentiment (VAICS) continued to slide, hitting a second consecutive series low. This quarter's index value is 58.2, almost 11 and a half points lower than in February 2022. The reduction is the second-largest drop in series history. Concerns about the current economy continue to drive lagging consumer sentiment, primarily those regarding rising prices.

Consumer sentiment fell almost 11 and a half points over the second quarter of 2022 to 58.2, a series low. Since the start of the pandemic, the index lost 39 points. Nationally, the May unemployment rate was 3.6%, almost back to the pre-pandemic (February 2020) value of 3.5%; the rate in Virginia is 3.0%, also close to its pre-pandemic value (2.7%.) Concerns about rising prices and reduced purchasing power overwhelm the good news about the strong labor market and economy.

Respondents from the Commonwealth remain primarily concerned about the current economy as measured by the Virginia Index of Current Conditions (VA ICC). In May, the VA ICC is 49.7, down over 15 points since the last quarter, 28 points lower than a year ago, and less than half its pre-pandemic value. Close to 50% of respondents say their household finances are worse than a year ago. Over 61% of respondents believe that business conditions are worse today than a year ago, and only 26% believe that now is a good time to buy large durable goods. Nationally, people are more optimistic about current conditions, accounting for a national ICC of 63.3.

Although sentiment is low in the Commonwealth, there is relative optimism about the future. The Virginia Index of Consumer Expectations (VAICE) is 63.6, more than eight points above the national number, although the gap closed over the last quarter. Both the national and state indexes fell since last quarter, but the slide in Virginia was more pronounced. About 31% of respondents believe that the coming few years will witness an improved economy, down almost four points since last quarter.

Virginians anticipate increasing overall prices for the remainder of 2022 and beyond. Both the short- and long-term price expectations remain above historical averages in Virginia. Individual beliefs about prices are heavily influenced by what one regularly sees (ex. fuel and food prices). Supply chain issues, rising prices at the pump, and labor shortages contribute to inflation and respondents' concerns. Nationally, inflation topped 8% in March 2022, the highest in decades. That strain is the primary driver of falling sentiment nationally and in the Commonwealth.

"Consumer sentiment in the Commonwealth continued to drop as we approach the halfway point of 2022. Sentiment is dropping despite the strong economy. The strain on consumers is primarily from rising prices," says Dr. Alice Louise Kassens, John S. Shannon Professor of Economics and Senior Analyst at the Roanoke College Institute for Policy and Opinion Research. "The economy continues to strengthen, with the state unemployment rate dropping to 3.0% in April. Unfortunately, concerns about rising prices are overwhelming the economy's positive aspects. Labor shortages and turnover plague business owners. The job vacancy rate is at levels not seen before. Coupled with a low unemployment rate, this indicates a labor shortage, putting upper pressure on wages and prices. Markets will work out supply chain issues, another factor in rising inflation rates, and price growth will eventually slow, but with the size and interdependencies of the global economy, that will take some time."

Interviewing for The Roanoke College Poll was conducted by The Institute for Policy and Opinion Research at Roanoke College in Salem, Virginia, between May 15 and May 26, 2022. A total of 648 completed interviews came from random telephone calls to 403 Virginians, and 245 responses were drawn from a proprietary online panel of Virginians. Telephone interviews were conducted in English. Cellphones constituted 59% of the completed phone interviews. Marketing Systems Group provided the telephone dialing frame, and Lucid, LLC facilitated the online panel.

Questions answered by the entire sample of 648 respondents are subject to a sampling error of plus or minus approximately 4.0% at the 95% level of confidence. This means that in 95 out of 100 samples like the one used here, the results obtained should be no more than 4.0 percentage points above or below the figure that would be obtained by interviewing all Virginians who have a home telephone or a cellphone. Where the results of subgroups are reported, the sampling error is higher.

Quotas were used to ensure that different regions of the Commonwealth were proportionately represented. The data were statistically weighted for gender, race and age. Weighting was done to match Virginia census data. The margin of error was not adjusted for design effects due to weighting.