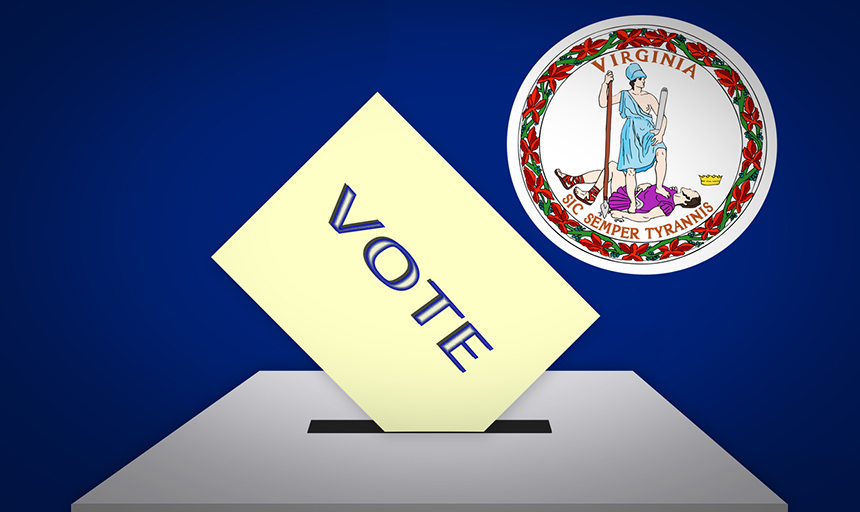 McAuliffe and Herring hold comfortable leads for Governor and AG; Lt. Gov race up for grabs

Former Gov. Terry McAuliffe and Attorney General Mark Herring hold strong leads in the races for the Democratic nomination for governor and attorney general in Virginia, each registering 49% support from likely voters in Tuesday’s primary election, according to The Roanoke College Poll. A total of 637 likely Democratic voters were interviewed between May 24 and June 1, and the Poll’s margin of error is +3.9%.

The race for lieutenant governor is open with Del. Hala Ayala leading Del. Sam Rasoul 16%-11%, with five other candidates trailing and 45% still undecided. As expected, Ayala tends to fare better in Tidewater and Northern Virginia while Rasoul does well in Southwest Virginia and the Shenandoah Valley.

Among gubernatorial candidates, former Del. Jennifer Carroll Foy trails McAuliffe with 11%; Sen. Jennifer McClellan has the support of 9% of likely voters, while Lt. Gov. Justin Fairfax (5%) and Del. Lee Carter (1%) lag behind. Del. Jay Jones is far behind Herring with 20% of voters saying they will vote for him for attorney general.

McAuliffe has a favorable/unfavorable rating of 73%/9% among Democratic voters. Justin Fairfax is seen favorably by 39%, but 22% hold a negative view of him. Most likely voters don’t know enough about Carroll Foy (60%), McClellan (63%) or Carter (85%) to have an opinion about them. While two-thirds (67%) of Democratic voters don’t know enough about Republican gubernatorial candidate Glenn Youngkin to have an opinion, he is viewed favorably by only 5% and negatively by 27%.

The economy was most often mentioned by likely voters as the most important issue (18%), while 14% reported COVID as most important, followed by education (8%), health care (8%), economic inequality (7%), race relations (6%), climate change (6%), and gun control (5%), with several other issues registering concern. Voters are almost evenly split between preferring a candidate who best represents their interests (48%) or one who can win in November (44%).

Views of elected officials and the Democratic party

A large majority of Democratic voters (92%) approve of the way Joe Biden is handling his job as president, while only 5% disapprove. Job approval for Gov. Ralph Northam sits at 90% among respondents, while 5% disapprove of his performance.

“To the surprise of few, McAuliffe and Herring appear headed for victory on Tuesday,” said Dr. Harry Wilson, Senior Political Analyst of the Roanoke College Poll. “The race for lieutenant governor is there for the taking, with a large percentage of the electorate undecided on their decision. It is also clear that the Democratic primary electorate in Virginia is well-educated, upper-income and very liberal, but McAuliffe, arguably not the most far-left candidate, appears set to win the election.”

Interviewing for The Roanoke College Poll was conducted by The Institute for Policy and Opinion Research at Roanoke College in Salem, Va. between May 24 and June 1, 2021. A total of 637 voters likely to vote in the Democratic primary election in Virginia were interviewed. Telephone interviews were conducted in English with polling support provided by Reconnaissance Market Research. The sample was drawn from a list of registered voters compiled by L2 Political, a non-partisan provider. Participants were sampled from that list, which has phone numbers associated with approximately 72% of the registered voters in Virginia. The list included both landlines and cell phones. Cell phones constituted 53% of the completed interviews.

Questions answered by the entire sample of 637 residents are subject to a sampling error of plus or minus approximately 3.9% at the 95% level of confidence. This means that in 95 out of 100 samples like the one used here, the results obtained should be no more than 3.9% percentage points above or below the figure that would be obtained by interviewing all Virginia likely voters who have a home telephone or a cell phone. Where the results of subgroups are reported, the sampling error is higher.

Quotas were used to ensure that different age groups and regions of the Commonwealth were proportionately represented. The data were statistically weighted for gender and race. Weighting was done to match the modeled general and race demographics of the 2017 Virginia Democratic primary. The stated margin of error, 3.9%, was adjusted to account for the design effect, 1.032, due to weighting.