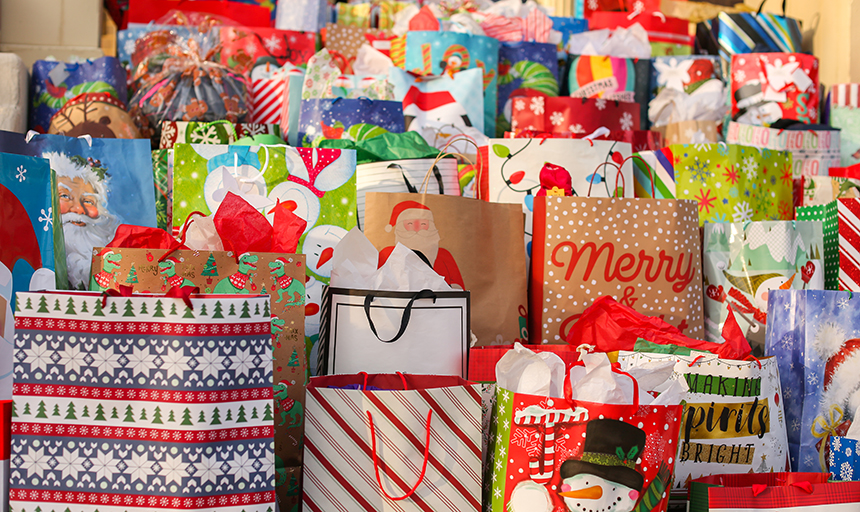 Rising food and fuel prices will not stop over 60% of Virginians from spending at least as much this season on holiday gifts as a year ago. Some of that increased spending will be due to increased prices for many goods. Seventy-one percent of all anticipated shopping will be online. Men report greater spending plans than women, although income will constrain purchases for many.

The fourth quarter holiday spending season is often a crucial period for businesses currently facing labor shortages and supply-chain constraints. Consumers must determine how they will allocate their wages across increasingly expensive goods and services. According to the most recent poll from the Roanoke College Institute for Policy and Opinion Research, 46% of Virginians plan to spend the same amount as last year, while a third (34%) intend to spend less. Both shares are slightly lower than in the 2020 holiday poll, suggesting slightly greater outlays this season. Some of the planned increase is likely due to consumers anticipating higher prices for their purchases this season.

Business owners may want to target male shoppers for gains in new customers, as 67% percent plan to spend at least as much in 2021 as they did in 2020, which is significantly more than their female counterparts. Spending also depends upon income. Forty-four percent of respondents earning less than $50,000 per year anticipate spending less this holiday season compared to 25% of those earning over $100,000 per year. Seventy-four percent of respondents earning over $100,000 per year report spending at least as much as last year compared to 53% of those earning less than $50,000 per year.

How much will Virginians spend? Seventy percent of respondents plan to spend up to $500 on holiday gifts, up eight percentage points from last year. The distribution of planned spending varies greatly across gender. Over 75% of women plan to spend no more than $500 on gifts compared to 65% of men. Men, who are more likely to spend more than last year, also plan to spend more money than women this season. A third of men plan to spend over $500, with 15% reporting plans to shell out over $1,000. Half of Virginians report having a set budget for this shopping season.

The day after Thanksgiving, also known as Black Friday, gets attention as a major shopping day of the holiday season. However, many stores began offering sales as early as September this year in anticipation of supply-chain issues. Half of Virginians do not plan to do any shopping that day, while 12% plan to do most or all their shopping on Black Friday. The anticipated participation for Black Friday shopping is higher than last year.

“Although we are technically more than six months beyond the COVID recession, considerable uncertainty and hardship remain,” says Dr. Alice Louise Kassens, Roanoke College IPOR Senior Analyst and John S. Shannon Professor of Economics. “Supply-chain issues are driving inflation, reducing the purchasing power of each holiday dollar spent. Virginians plan to do much of their shopping online, likely to combat time spent searching through brick-and-mortar establishments for scarce goods and reduce the amount of gasoline needed for the gift search process. I suspect Amazon and other large online retailers will be the greatest beneficiaries of the shopping shift this season.”

Interviewing for The Roanoke College Poll was conducted by The Institute for Policy and Opinion Research at Roanoke College in Salem, Virginia, between Nov. 7 and Nov. 17, 2021. A total of 648 completed interviews came from random telephone calls to 412 Virginians and 236 responses were drawn from a proprietary online panel of Virginians. Telephone interviews were conducted in English. Cellphones constituted 55% of the completed phone interviews. Marketing Systems Group provided the telephone dialing frame, and Lucid, LLC facilitated the online panel.

Questions answered by the entire sample of 648 respondents are subject to a sampling error of plus or minus approximately 4.0% at the 95% level of confidence. This means that in 95 out of 100 samples like the one used here, the results obtained should be no more than 4.0 percentage points above or below the figure that would be obtained by interviewing all Virginians who have a home telephone or a cellphone. Where the results of subgroups are reported, the sampling error is higher.