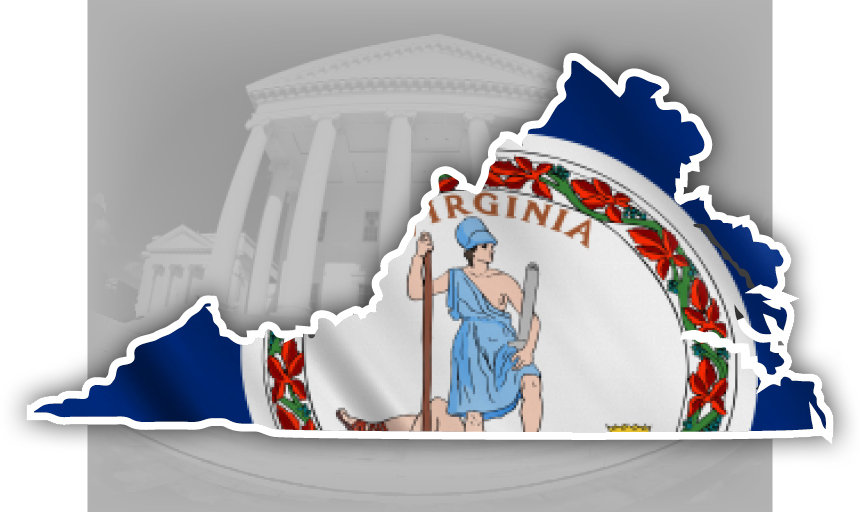 Democratic gubernatorial candidate Ralph Northam holds a 7-percentage point lead (43%-36%) over Republican Ed Gillespie in the Virginia gubernatorial contest. Still, about half of likely voters do not know enough about the candidates to have formed an opinion about them, according to The Roanoke College Poll. The Institute for Policy and Opinion Research interviewed 599 likely voters in Virginia between August 12 and August 19 and has a margin of error of +4 percent.

The race for governor

In the race for governor, Northam leads Gillespie (43%-36%), while 4 percent of likely voters prefer Libertarian Cliff Hyra, and 17 percent remain undecided. While the number of undecided voters may seem high, it can be at least partially explained by the favorable/unfavorable splits for the major candidates. Both Gillespie (28%-19%) and Northam (25%-15%) are viewed more favorably than unfavorably by voters, but a plurality (39%) don't know enough about Gillespie to have an opinion about him, and a majority (53%) don't know enough about Northam.

In the contest among two groups often thought to be pivotal in elections, Northam leads among both ideological moderates (48%-21%) and political Independents (38%-30%).

Only 5 percent of likely voters see this contest as a referendum on President Trump; 43 percent see it about the future of Virginia, and 45 percent think it is both. Despite the President's low standing in the Commonwealth (see below), a majority of respondents (57%) think the next governor should work with him regularly to get the most he can for Virginia. Another 10 percent think the next governor should oppose Trump all the time.

More than half of those polled (57%) disapprove of the way President Trump is handling his job, while about one-third (28%) approve. At the same time, a majority (53%) of respondents have an unfavorable view of him, while 31 percent have a favorable impression of Trump. Those numbers are all more negative than those reflected in February.

A majority (63%) of Virginians think the country is on the wrong track, while 29 percent think it is headed in the right direction. Congressional job approval has dropped to 7 percent, the lowest it has been in the RC Poll.

A plurality of likely voters (46%) think that Virginia is heading in the right direction, while 41 percent think it has gotten off on the wrong track. Almost half (49%) approve of the job Terry McAuliffe is doing as governor, while 30 percent disapprove. McAuliffe is viewed favorably by 41% of respondents.

IPOR continues to track political anxiety in the Commonwealth. More than eight in ten (83%) of likely voters trust the federal government to do what is right only some of the time or never. However, a majority (60%) thinks that ordinary citizens can do a lot to influence the federal government. Just over half (55%) think their side is losing more than winning in politics today.

“The race for governor is beginning to take shape but there is a long way to go and both candidates remain largely unfamiliar to many likely voters. One would always prefer to be ahead, but polls at this time do little more than help us to begin to frame the election. ”

Most respondents (55%) think the country's best years are ahead of it, while one-third (32%) think its best years have passed. Overall, a large majority of Virginians (88%) see the nation divided regarding the important issues facing the United States.

A majority of respondents (58%) is dissatisfied with how the federal government is (or isn't) working. Another 22 percent are angry, while only 14 percent are satisfied and 1 percent is enthusiastic. While almost half (47%) are generally proud of the country, 14 percent are ashamed and 37 percent have mixed feelings.

"The race for governor is beginning to take shape," said Dr. Harry Wilson, director of the Roanoke College Poll, "but there is a long way to go and both candidates remain largely unfamiliar to many likely voters. One would always prefer to be ahead, but polls at this time do little more than help us to begin to frame the election."

"Not surprisingly, Democrats and Republicans have very different takes on President Trump and the voting preferences for governor. They tend to agree, however, on trust in government, political efficacy, and the fact that the country is politically divided. Republicans are much more likely to think they are winning political battles right now, and they are somewhat more optimistic about the future of the country. They are much more likely to be proud of the nation as well, but are about as dissatisfied as Democrats regarding how well (or poorly) the federal government is working."

Interviewing for The Roanoke College Poll was conducted by The Institute for Policy and Opinion Research at Roanoke College in Salem, Va. between August 12 and August 19, 2017. A total of 599 likely voters in Virginia were interviewed. Telephone interviews were conducted in English. The random digit dial sample was obtained from Marketing Systems Group and included both Virginia land-line and cell-phone exchanges so that all cell phone and residential land line telephone numbers, including unlisted numbers from Virginia exchanges, had a known chance of inclusion. Cell phones constituted 34 percent of the completed interviews.

Questions answered by the entire sample of 599 residents are subject to a sampling error of plus or minus approximately 4 percent at the 95 percent level of confidence. This means that in 95 out of 100 samples like the one used here, the results obtained should be no more than 4 percentage points above or below the figure that would be obtained by interviewing all Virginia likely voters who have a home telephone or a cell-phone. Where the results of subgroups are reported, the sampling error is higher.