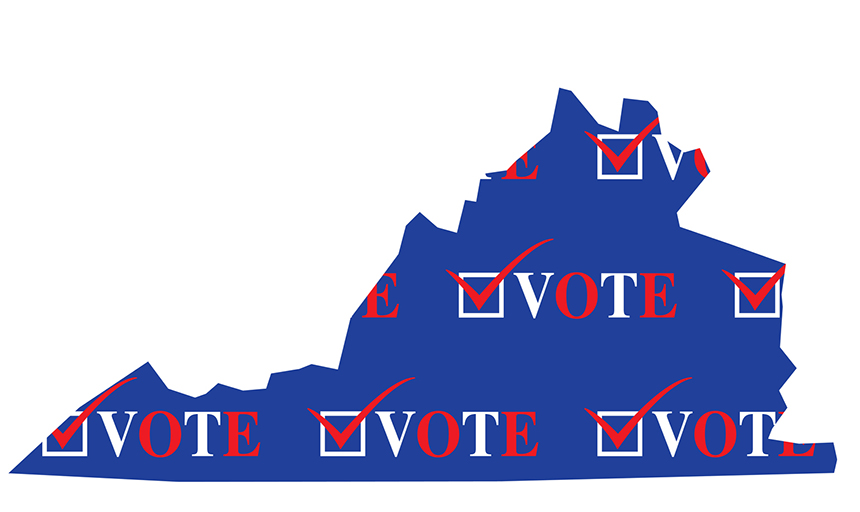 Former Vice President Joe Biden leads President Donald Trump by 14 percentage points (53%-39%) in Virginia according to The Roanoke College Poll. Only 5% said they were undecided about their vote, and 3% percent said they would vote for another candidate. Almost 90% of those who support either candidate are very certain of their vote intention. The lead was 12 points in the May Roanoke College Poll. U.S. Senator Mark Warner leads Daniel Gade, his Republican opponent (55%-34%). The Institute for Policy and Opinion Research interviewed 566 likely Virginia voters[1] between August 9 and August 22 and has a margin of error of +4.1%. More than 9 out of 10 (94%) said they care a great deal who wins the presidential election in November, and 97% said it was very likely they would vote.

A note regarding timing of this poll: It is possible that being in the field during the Democratic National Convention had an impact on the results. National polls in 2020 have generally shown no “bounce” for Biden and conventional wisdom is that such bounces have been declining in recent elections and that this year is so different in so many ways that there may not be a bounce. The 53%-39% Biden lead here is not significantly different from his 51%-39% lead in the May Roanoke College Poll. See a note in the topline for how the samples before and during/after the convention differed.

Trump, Biden, the U.S. Senate race, and the Country

A majority of Virginians (58%) disapprove of the way President Trump is handling his job, while just over one-third (37%) approve. That 37% figure is the second-highest approval rating for Trump in the Roanoke College Poll since he took office, and the 58% ties his highest disapproval.

Trump’s favorable/unfavorable rating is 37%/55% while Biden is at 51%/38%. Trump’s numbers are fairly consistent, but Biden’s favorable rating is up 15 points since May, while his unfavorable declined by 1%. A majority of likely voters (58%) see the election as a decision on the future of the country, while almost one-third (31%) see it as a referendum on President Trump.

More than three-fourths (79%) of respondents think the country is on the wrong track (a Roanoke College Poll record), while only 16% think it is headed in the right direction.

Job approval for Virginia Governor Ralph Northam sits at 53%, down from his high of 59% in May, while 41% disapprove of his performance (tied for second highest disapproval rating of his tenure as governor). Almost half (49%) of respondents think that Virginia is on the wrong track (another record high), while 45% think it is headed in the right direction. Yet Northam was viewed favorably by 45% of respondents and was seen unfavorably by 38% (his highest unfavorable in the Roanoke College Poll).

Two-thirds (66%) of likely voters think race relations in the United States are fairly bad or very bad. To improve race relations, a plurality (47%) thinks it is more important to focus on what different racial and ethnic groups have in common, while 37% think we should focus on the unique experiences of different groups.

Majorities agreed that racial discrimination is built into society (61%), that racism comes from individuals who hold racist views, not from our institutions (60%), and what may seem like intentional discrimination often is something bad that can and does happen to people of all colors (58%). Just over half (51%) hold a favorable view of Black Lives Matter. Some of these questions were asked on a July 2020 NBC News/Wall Street Journal national poll that obtained similar results.

A majority of respondents (56%) think the Founding Fathers were great men, while 21% think they were mostly looking out for their own interests, including protecting slavery, and another 12% think they were both.

“Biden maintains his lead over Trump, but his favorable/unfavorable splits improved from May,” said Dr. Harry Wilson, director of the Roanoke College Poll. “Trump’s numbers appear to be impervious to events. For Biden to improve his favorable rating by 15% while keeping unfavorable steady is an achievement in a political campaign. He may have benefited from the Democratic Convention, and the ‘basement’ campaign may be working. Trump’s hopes in Virginia rest on his ability to drive turnout in his base.”

“Events have taken a toll on Virginians’ perceptions of the direction of the country and the Commonwealth, as both took serious hits. That had minimal impact on the numbers of either Trump or Governor Northam.”

“Senator Warner has a comfortable margin at this point with a healthy lead, a positive favorable rating, and an opponent in Daniel Gade, who is largely unknown to most voters. Gade’s hope lies in his low unfavorable rating and the opportunity to define himself if he can reach the voters.”

Interviewing for The Roanoke College Poll was conducted by The Institute for Policy and Opinion Research at Roanoke College in Salem, Va. between August 9 and August 22, 2020. A total of 566 likely voters in Virginia were interviewed. Residents were called randomly and asked if they are registered to vote and how likely they are to vote. Only those who are currently registered and are at least somewhat likely to vote in November were included. Telephone interviews were conducted in English and Spanish.

The landline sample consisted of random-digit numbers generated in proportion to the Virginia population so that all residential telephone numbers, including unlisted numbers, had a known chance of inclusion. Cellphone samples were purchased from Marketing Systems Group. Cellphones comprised 58 percent of the completed interviews.

Questions answered by the entire sample of 566 likely voters are subject to a sampling error of plus or minus approximately 4.1% at the 95 percent level of confidence. This means that in 95 out of 100 samples like the one used here, the results obtained should be no more than 4.1 percentage points above or below the figure that would be obtained by interviewing all Virginian likely voters who have a home telephone or a cellphone. Where the results of subgroups are reported, the sampling error is higher.

Quotas were used to balance regions within the state. The data were statistically weighted for region, gender, education, race and age. Weighting was done to match the 2016 Presidential election exit poll in Virginia. The margin of error was not adjusted for design effects due to weighting.