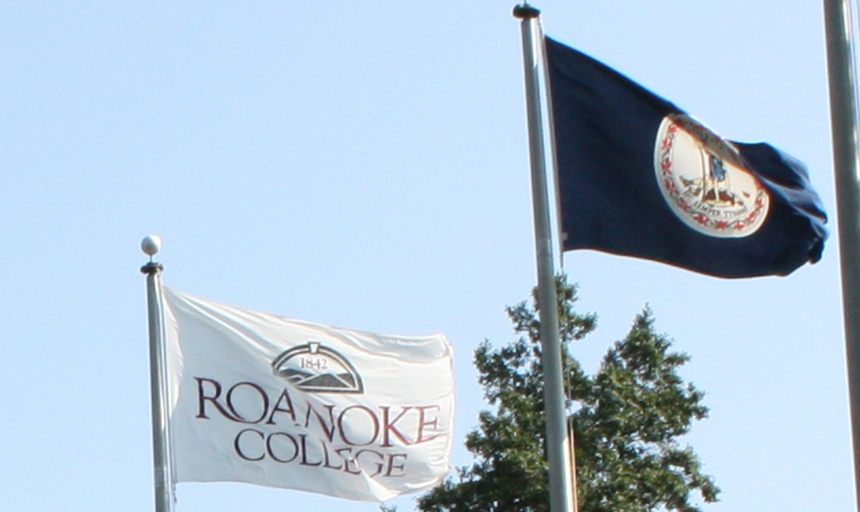 The Institute for Policy and Opinion Research (IPOR) at Roanoke College interviewed 640 adult residents of Virginia between Aug. 7 and Aug. 16 in the latest Roanoke College Poll addressing topics such as the war in Ukraine, abortion, Youngkin’s national spotlight, and general feelings about current and former elected officials. The survey has a margin of error of 4.5%.

Governor Glenn Youngkin’s approval rating has increased slightly to 55% (from 53% in May) while disapproval remains at 35%. That slight increase comes from Republican sentiment, as approval among his own party is now at 86%, up from 75% in June. Approval for President Biden has increased slightly as well, up to 39% from an all-time low Roanoke College Poll rating of 37% in June.

For the first time in our poll, a majority (51%) of Virginias have a favorable view of Governor Youngkin, while 37% continue to have an unfavorable view. Again, that increase comes mostly from Republican feelings, but his rating is up slightly among Democrats and Independents as well. Former Governor Northam’s favorability also increased from 34% to 41%, showing that Virginians now have a more favorable view of the executive branch of our Commonwealth.  President Biden also enjoys a slight increase (41% now compared to 38% in May) in favorable views and minimal decline in unfavorability (55% now compared to 56% in May). Former President Trump also saw a similar increase in favorability (37%, up from 34%) and decrease in unfavorable views (58%, down from 59%).  Political party did not seem to play a large role in those changes.

That said, we found that 35% of Virginians agree with the court’s decision to overturn the 1973 landmark Roe v. Wade decision (up from 32% in May, when we asked about the released early draft) and 60% disagree (up from 57% in May). The change comes primarily among respondents that had unsure or mixed feelings back in May, along with an increase in Republicans (57% agree with the decision now compared to 46% in May) agreeing with the decision.

Governor Youngkin and the National Spotlight

For the first time, the Roanoke College Poll asked Virginians’ opinions about Governor Youngkin and the national spotlight. With speculation in the news that Youngkin may run for president in 2024, we found that only 36% of Virginians think he should run while 54% do not.  Among Republicans, just 49% feel that he should seek the party’s nomination for president.

With the ongoing war in Ukraine now approaching its fifth month, just about three-quarters (73%) continue to follow the news either very or somewhat closely, down slightly from 76% in May. Slightly fewer Republicans (70%) than Democrats (80%) follow the war that closely. Nearly the same percentage (64% now, 66% in May) believe that the worst is still yet to come.  Democratic opinion on this is nearly unchanged from May, but now only 58% of Republicans think the worst is in the future compared to 70% in May.

About half (45%) of respondents said that the United States should offer more support to Ukraine, but not at the risk of our country getting into a war with Russia. Fewer, at 36%, said that the U.S. is already doing enough to support Ukraine, while ever fewer, 17%, said that we should offer more support even if it risks getting our country into a war with Russia. These numbers are relatively unchanged from May, even when party lines are considered.

“The main ‘good news’ in this poll is that sentiment toward government officials and their job approval is up,” says Dr. David Taylor, director of IPOR and the Roanoke College Poll. “The country may now be moving in a more positive direction based on what respondents say even though people are still not happy.”

“While the Republican primary in Virginia for president is well over a year away, an early matchup between Governor Youngkin and former President Trump would be a landslide victory for Trump if Republicans in Virginia voted today. And just shy of a majority of the state’s Republicans even think that he should run. The Roanoke College Poll will continue to ask residents about Youngkin’s national presence and potential run in future polls.”

“Only the country’s Supreme Court saw an increase in unfavorability among Virginians, not surprising given the June decision to overturn Roe v. Wade. Almost nine in 10 Virginians believe that abortion should be legal under some or all circumstances, which has not changed in the last three months. Two-thirds of Democrats say that abortion should be legal under all circumstances and left to be a personal decision, and just nearly two in 10 Republicans favor an outright ban.”

“Slightly fewer Virginians are paying attention to the ongoing war in the Ukraine according to our findings. As the war is about to enter its fifth month, just about three-quarters of us feel that the worst is still yet to come.”

Interviewing for The Roanoke College Poll was conducted by The Institute for Policy and Opinion Research at Roanoke College in Salem, Virginia, between Aug. 7 and Aug. 16, 2022. A total of 640 residents of Virginia, 18 or older, were included in this study. Telephone interviews conducted in English comprised 401 of the respondents, and 239 responses were drawn from a proprietary online panel of Virginians. The landline sample consisted of random-digit numbers generated in proportion to the Virginia population so that all residential telephone numbers, including unlisted numbers, had a known chance of inclusion. Cellphone samples were purchased from Marketing Systems Group and comprised 54% of the completed telephone interviews. Lucid, LLC, facilitated the online panel.

Questions answered by the entire sample of 640 respondents are subject to an error margin of plus or minus approximately 4.5% at the 95% level of confidence. This means that in 95 out of 100 samples such as the one used here, the results obtained should be no more than 4.5 percentage points above or below the figure that would be obtained by interviewing all Virginia adults who have a home telephone or a cellphone. Where the results of subgroups are reported, the margin of error is higher.

Quotas were used to ensure that different regions of the Commonwealth were proportionately represented. The data were statistically weighted for gender, race and age and done to match Virginia census data. The design effect was 1.378; the reported margin of error above reflects this design effect.