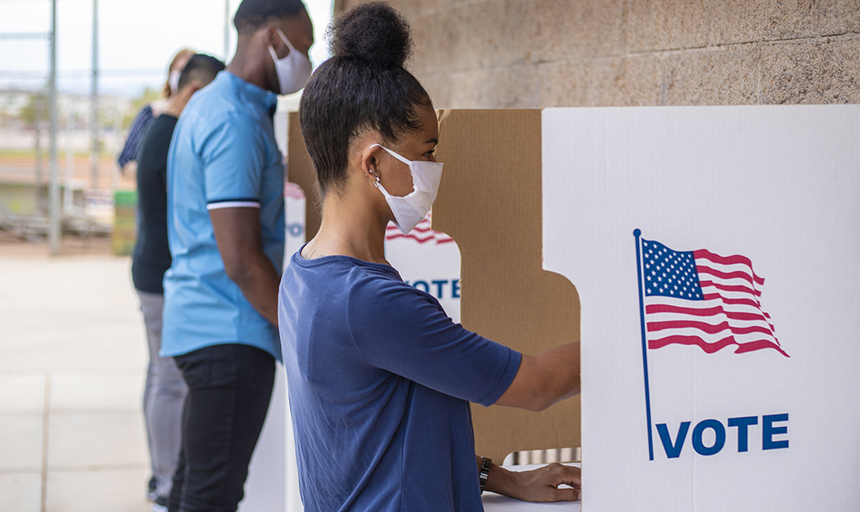 The Roanoke College Poll’s most recent poll looked at the opinions of Virginians regarding a variety of issues related to politics and COVID-19.

Biden, Trump, impeachment, protests and riots, the election and the nation

Regarding the second impeachment of Donald Trump, half (50%) of respondents think his actions were grounds for impeachment, while one-third (33%) think they were improper but not impeachable, and 13% think he did nothing wrong, according to The Roanoke College Poll. Half (50%) think he should have been convicted by the Senate, but 44% think he should not have been convicted. The Institute for Policy and Opinion Research interviewed 596 Virginia residents between Feb. 14 and Feb. 27 and the poll has a margin of error of +4%.

Reflecting on the storming of the U.S. Capitol building, a majority of Virginians (68%) think the anger that led to the protests was not justified at all; 53% think the protestors were mostly violent; and a large majority (84%) see those who stormed and entered the Capitol as criminals. Respondents were more likely to view the anger that fueled last summer’s social justice protests as fully (35%) or partially (37%) justified, and a large majority (91%) view the looting and destruction associated with those protests as not at all justified.

Regarding the November elections, Virginians think vote counting across the country was very accurate (43%) or mostly accurate (26%), but 27% say it was not very accurate. Similarly, most think that all (52%) or most (20%) of the declared winners truly won the election, but 22% think only some were actual winners.

A plurality of Virginians (47%) approve of the way Joe Biden is handling his job as president, while 30% disapprove. A majority (59%) disapprove of the way Donald Trump handled his job, while only one quarter (24%) approve (the lowest approval rating in Trump’s term). Biden’s favorable/unfavorable rating is 47%/29% while Trump is at 24%/58%. A majority (53%) of respondents think the country is on the wrong track while 39% think it is headed in the right direction, which represents more optimism than seen in the November Roanoke College Poll.

More than half of Virginians report having not very much (34%) or no trust at all (25%) in the mass media to report news fully, accurately and fairly. This measure is generally stable over time.

Virtually every question in this section is the result of averaging “two Virginias,” the Democratic Virginia and the Republican Virginia (see crosstabs at the end of topline, which can be accessed at the conclusion of this press release). Many of the disparities between party identifiers may best be described as a chasm, and they are persistent.

Job approval for Virginia Gov. Ralph Northam sits at 49%, down slightly from November, while 33% disapprove of his performance. Just over half (52%) of respondents think that Virginia is headed in the right direction, but 40% think it is on the wrong track. Northam is viewed favorably by 41% of respondents and seen unfavorably by 31%. Former Gov. (and current candidate) Terry McAuliffe is seen favorably by 21% of respondents, the same as unfavorable, but almost half (45%) declined to offer an opinion.

IPOR continues to track political anxiety in the Commonwealth. More than three-fourths (79%) of Virginians trust the federal government to do what is right only some of the time or never. A majority (52%) thinks that ordinary citizens can do a lot to influence the federal government, and half (50%) thinks their side is losing more than winning in politics today, while 26% think they are winning more than losing.

Most respondents (59%) think the country’s best years are ahead of it, while just under one-third (30%) think its best years have passed. Overall, a large majority of Virginians (91%) continues to see the nation divided regarding the important issues facing the country.

A plurality of respondents (41%) is dissatisfied with how the federal government is (or isn’t) working. Another 14% are angry, but 32% are satisfied and 6% are enthusiastic. In the aggregate, each of these measures has remained relatively stable over time, but the responses of subgroups have varied, particularly those of Democrats and Republicans, depending upon which party is in power.

More than three-fourths (77%) of Virginia residents know someone who has contracted the novel coronavirus, which has risen steadily from 31% in May 2020. Among those who know someone infected, 10% had the virus themselves while 40% had a family member who was sick, and 43% have a friend or relative who had the virus.

Regarding when the virus may be contained sufficiently to return to “normal,” a plurality of respondents (40%) thinks that will be within a year, while 24% say it will be longer than a year. Those responses have been mostly consistent since August, but this is obviously six months later.

Nearly one in five respondents (18%) report having already been vaccinated against COVID, and more than half (54%) say they plan to be vaccinated, but nearly one-fourth (23%) say they will not be vaccinated.

A plurality of Virginians (46%) thinks the response from the state government has been appropriate to slow the spread of the virus while 46% think the federal government’s response has not gone far enough. Some think the measures have gone too far (13% for federal and 19% for state). A majority of respondents rate the federal government’s vaccine distribution as very effective (11%) or somewhat effective (53%), which is similar to their rating for Virginia’s vaccine distribution (11% very effective; 48% somewhat effective). Like most important issues today, COVID-19 is viewed through a partisan lens. (See table at conclusion of topline for partisan breakdown of some questions.)

“The biggest ‘takeaway’ in this poll is the continuing partisan differences,” said Dr. Harry Wilson, senior political analyst for the Roanoke College Poll. “We continue to see most issues and questions break down along party lines. Some disparities are expected, of course, but some of the differences we see are quite large and suggest that there are two competing views of the state and the nation.”

Roanoke College’s IPOR is under new leadership. Dr. David Taylor is the new director of the Institute for Public Opinion Research. Dr. Harry Wilson stepped down as Director of IPOR as he prepares to retire from Roanoke College, but he will remain as Senior Political Analyst for IPOR, responsible for political polling at IPOR. Wilson served as director of IPOR from 1991 through 2020. For more on this change, visit the IPOR page.

Interviewing for The Roanoke College Poll was conducted by The Institute for Policy and Opinion Research at Roanoke College in Salem, Virginia between Feb. 14 and Feb. 27, 2021. A total of 596 Virginia residents were interviewed. Telephone interviews were conducted in English.

The landline sample consisted of random-digit numbers generated in proportion to the Virginia population so that all residential telephone numbers, including unlisted numbers, had a known chance of inclusion. Cell phone samples were purchased from Marketing Systems Group. Cell phones comprised 61% of the completed interviews.

Questions answered by the entire sample of 596 Virginians are subject to a sampling error of plus or minus approximately 4% at the 95% level of confidence. This means that in 95 out of 100 samples like the one used here, the results obtained should be no more than 4 percentage points above or below the figure that would be obtained by interviewing all Virginians who have a home telephone or a cell phone. Where the results of subgroups are reported, the sampling error is higher.

Quotas were used to balance regions within the state. The data were statistically weighted for gender, race and age. Weighting was done to match U.S. Census counts in Virginia. The margin of error was not adjusted for design effects due to weighting. The design effect was 1.599.