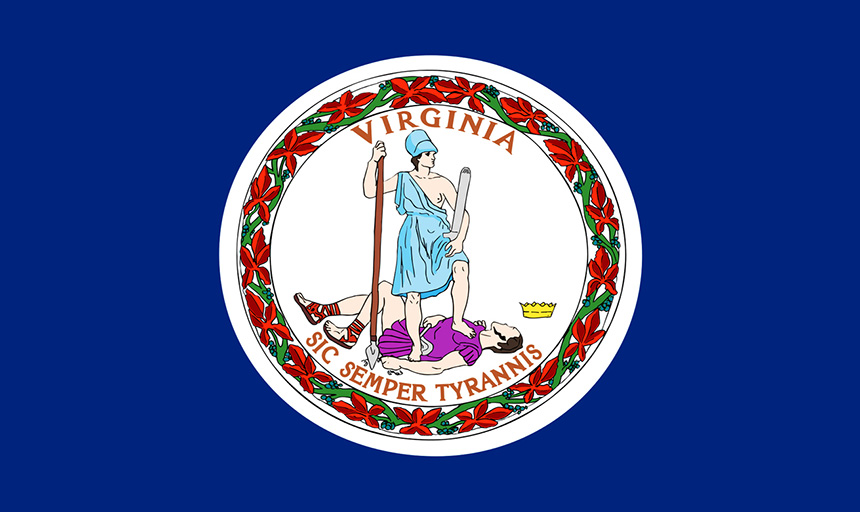 Roanoke College Poll: Virginians weigh in on the nation, the Commonwealth and COVID

Views of the United States, Biden, spending and taxing

Virginians generally favor the large spending plans passed by Congress and those proposed by President Joe Biden, and favor taxing the wealthy and corporations to pay for them, according to The Roanoke College Poll. Pluralities think the Democratic Party (49%) and the Republican Party (49%) are too extreme. The Institute for Policy and Opinion Research interviewed 544 Virginia residents between May 9 and May 23 and has a margin of error of +4.2%.

A plurality of Virginians (47%) approve of the way Biden is handling his job as president, while 39% disapprove. A majority (53%) of respondents think the country is on the wrong track while 42% think it is headed in the right direction. The results are almost unchanged since the February Roanoke College Poll other than a rise in disapproval for Biden.

Reflecting on the present state of the nation, a majority of Virginians (55%) feel included in Joe Biden’s America, while 45% say they felt included in Donald Trump’s America. Six-in-ten (61%) of those polled said the government does not represent the America they love, but 89% said they prefer to live in the U.S. than any other place. Nearly two-thirds (63%) agree that people generally do better when the government leaves them alone.

About one-in-three respondents think qualified minorities should be given preferences in hiring and education (30%), feel the U.S. is a racist country (35%), and that the American people are racist (31%). About 60% disagreed with each of those statements.

As mentioned above, Virginians (56%) support the $1.9 trillion COVID relief bill passed by Congress; 66% support the $2.3 trillion (recently scaled back somewhat) infrastructure bill proposed by Biden; and 61% favor the $1.8 trillion proposal to fund childcare and education. They also favor having the rich pay for that spending with majorities supporting increasing taxes for those making $400,000 or more annually (81%) and for corporations (79%). Many fewer support increasing taxes for everyone (26%) or the gas tax (22%).

Less than one-third (29%) favor borrowing the money for additional spending (66% oppose), and 41% say they are very concerned about the deficit and national debt.

A plurality (44%) think that election rules are not strict enough to prevent fraud, while 27% think the rules are too strict and make it too difficult for eligible citizens to vote.

More than half of Virginians report having not very much (30%) or no trust at all (31%) in the mass media to report news fully, accurately and fairly. This measure is quite stable over time.

Virtually every question in this poll is the result of averaging “two Virginias” — the Democratic Virginia and the Republican Virginia (see crosstabs at the end of topline, which can be accessed at the conclusion of this press release). Many of the disparities between party identifiers may best be described as a chasm, and they are persistent.

Job approval for Virginia Governor Ralph Northam sits at 47%, slightly off his high-level marks in 2020, while 35% disapprove of his performance. Half (50%) of respondents think that Virginia is headed in the right direction, but 40% think it is on the wrong track.

Virginians give credit to the Biden and Trump administrations about equally (Biden, a great deal — 26%, some 38%; Trump, a great deal—24%, some 41%), but are more likely to credit pharmaceutical companies (50% a great deal, 35% some) for reduced infections, increased vaccinations, and reopening economies. Nearly two-thirds of respondents (62%) report being vaccinated, while 19% said they won’t get vaccinated. Nearly half (46%) of those who will decline that vaccine cited safety concerns as the primary reason. Like most important issues today, COVID-19 is viewed through a partisan lens. (See table at conclusion of topline for partisan breakdown of some questions.)

“The idea of uniting the Commonwealth (or the country) at present is little more than, at best, wishful thinking and at worst, delusional,” said Dr. Harry Wilson, Senior Political Analyst of the Roanoke College Poll. “We continue to see almost every issue and question break down along party lines. This is not new, but it is clear that the distance between Planet Democrat and Planet Republican is not shrinking. It may be more accurate today to refer to Democratic and Republican opinion rather than public opinion.”

Interviewing for The Roanoke College Poll was conducted by The Institute for Policy and Opinion Research at Roanoke College in Salem, Virginia, between May 9 and May 23, 2021. A total of 544 Virginia residents were interviewed. Telephone interviews were conducted in English.

The landline sample consisted of random-digit numbers generated in proportion to the Virginia population so that all residential telephone numbers, including unlisted numbers, had a known chance of inclusion.  Cell phone samples were purchased from Marketing Systems Group. Cell phones comprised 54% of the completed interviews.

Questions answered by the entire sample of 544 Virginians are subject to a sampling error of plus or minus approximately 4.2% at the 95% level of confidence. This means that in 95 out of 100 samples like the one used here, the results obtained should be no more than 4 percentage points above or below the figure that would be obtained by interviewing all Virginians who have a home telephone or a cell phone. Where the results of subgroups are reported, the sampling error is higher.

Quotas were used to balance regions within the state. The data were statistically weighted for gender, race, and age. Weighting was done to match U.S. Census counts in Virginia. The margin of error was not adjusted for design effects due to weighting. The design effect was 1.81.