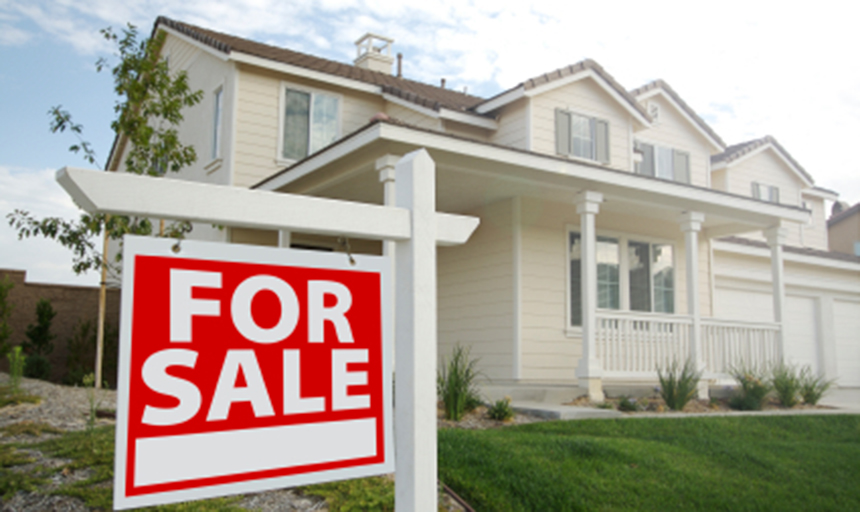 The Virginia Real Estate Indexes retreated from the record high of the second quarter, but remain above the historical average. Inventories are lower than this point in the previous two years, keeping prices up. Regionally, home prices remain well above average in Richmond, Charlottesville, and Washington, D.C.

Virginians remain more optimistic about the current and future real estate markets than usual, but retreated from the records set last quarter. Figure 1 shows the index values for the past five years. The August Current Real Estate Index is 37.3, meaning that thirty-seven percentage-point more Virginians are optimistic about the real estate market today, compared to a year ago, than are pessimistic, which is down 5.7 points from last quarter but above the 31.6 historical average. When looking ahead to the coming year, Virginians are less optimistic, but again, more positive than is typical. The August Future Real Estate Index is 31.1, down three points since last quarter but above the historical average of 30.3. 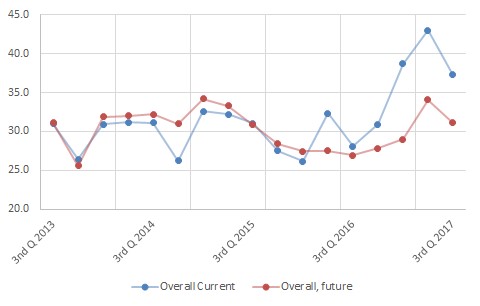 The real estate indexes are sensitive to market prices. Figure 2 shows the median list price and for sale inventory over the past two years in Virginia. Inventories continue a two-year decline, restricting supply and potentially generating a shortage. The average list price in the Commonwealth is around $300,000, which is well above the August average, indicating the demand is outstripping supply and pushing prices up. 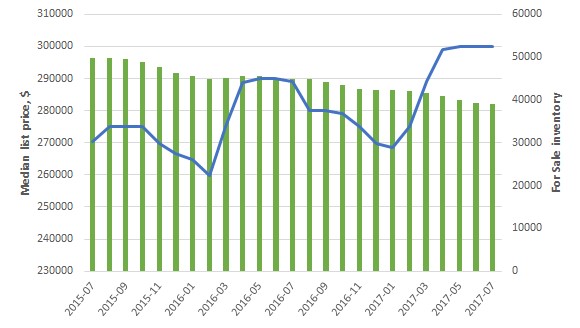 Respondents who believe that now is a good time to sell a home cite rising incomes and lower inventories. Fifty-two percent believe that today is a better time to sell than a year ago. Figure 3 shows the Current and Future Sellers Real Estate Indexes over the past year. Both measures retreated from last quarter but remain well above their historical averages of 21.3 and 24.0, respectively. 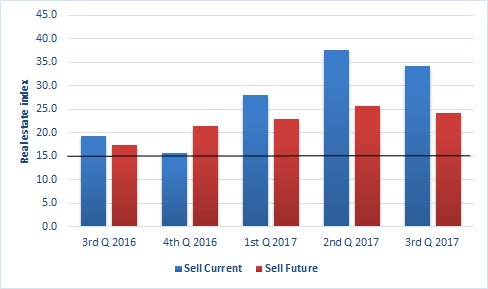 Buyers are less hopeful about the real estate market, both this year and next. Figure 4 shows the Current and Future Buyers Real Estate Indexes over the past twelve months. Buyers increased sentiment slightly, with 41.2 percent saying that now is a good time to buy, primarily citing higher incomes. Thirty-two percent believe that the coming year will be a good time to buy a home. Buying will likely be sensitive to movements in mortgage rates and actions taken by the Federal Reserve Bank over the coming months. 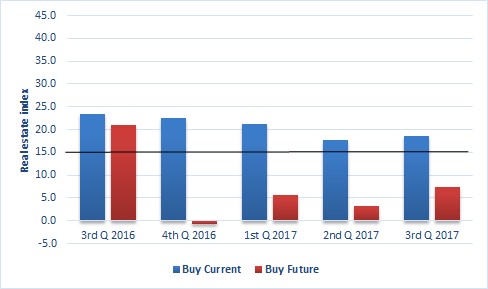 Figure 5 shows list prices and inventories for various MSAs across the Commonwealth. Higher prices are the likely cause of market optimism, particularly in Richmond, Charlottesville, and Washington D.C., where August median list prices are higher than the long-term average for those areas. All MSAs graphed report falling inventories and strong seller optimism. Buyers in a few regions are tepid about the future markets, likely due to rising prices. 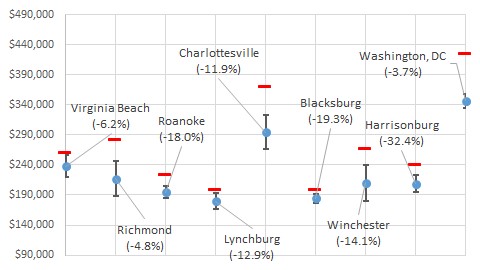 Interviewing for The Roanoke College Poll was conducted by The Institute for Policy and Opinion Research at Roanoke College in Salem, Va. between August 12 and August 18, 2017. A total of 601 Virginia residents 18 or older were interviewed. Telephone interviews were conducted in English. The random digit dial sample was obtained from Marketing Systems Group and included both Virginia landline and cell phone exchanges so that all cell phone and residential landline telephone numbers, including unlisted numbers from Virginia exchanges, had a known chance of inclusion. Cell phones constituted 28 percent of the completed interviews.

Questions answered by the entire sample of 601 consumers are subject to a sampling error of plus or minus approximately 4 points at the 95 percent level of confidence. This means that in 95 out of 100 samples, like the one used here, the results obtained should be no more than 4 points above or below the figure that would be obtained by interviewing all consumers who have a telephone. Where the results of subgroups are reported, the sampling error is higher. Sampling weights were constructed using Virginia Census 2010 data by age, race and gender groups. Quotas were used to ensure that different regions of the Commonwealth were proportionately represented.

The margin of error was not adjusted for design effects due to weighting.