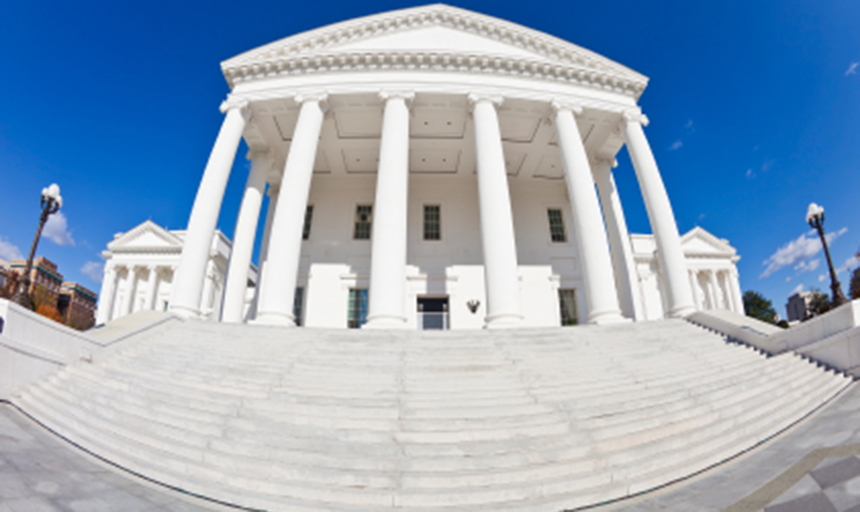 The Roanoke College Poll has again taken the pulse of Virginians on several issues of interest in the current 2017 General Assembly session and revisited some perennial issues. The Institute for Policy and Opinion Research interviewed 606 residents in Virginia between January 15 and January 20 and has a margin of error of ±4 percent.

As Governor Terry McAuliffe and the Virginia General Assembly work to close a $1.26 billion budget shortfall, Commonwealth residents offer little in the way of helping identify areas to cut spending. One-third (34%) favor the governor's plan of bonuses for state employees in lieu of raises, while 28 percent favor targeted raises, such as those for law enforcement, 21 percent prefer no raises for anyone, and 10 percent think the state should provide raises for all state employees.

A large majority of respondents (82%) agree with McAuliffe that the education spending increases included in last year's budget, most of which were directed at K-12, should be spared. At the same time, just over half (51%) think a series of proposals aimed at improving mental health services in the Commonwealth should be funded now, and 30 percent think they can wait until the budget outlook improves.

Virginians appear to have not yet engaged in the 2017 statewide elections (and who can blame them?) Perhaps, most telling in this area are the favorable/unfavorable ratings for the perceived frontrunners for each party. Lt. Gov. Ralph Northam has a favorable rating of 8 percent with 5 percent unfavorable. A whopping 84 percent of respondents do not know enough about him to have an opinion. Republican frontrunner Ed Gillespie, who was narrowly defeated by Sen. Mark Warner just over two years ago, fares similarly with 14 percent favorable, 10 percent unfavorable, and 70 percent who do not have an opinion.

A clear majority of Virginians agree that the threshold for felony theft should be raised. They are closely divided between thinking it should be $500 (31%) or $1,000 (36%), and only one-fourth (24%) think it should remain at $200. A smaller majority (55%) disagrees with Gov. McAuliffe and support the automatic suspension of driver's license for those who fail to pay fines or court costs. They overwhelmingly (90%) agree with the governor that it should be easier for those who have been convicted of a crime or have pleaded guilty to reopen their case if new or untested evidence is discovered.

A large majority (81%) agree that non-violent felons who have completed their sentences and probation and paid any fines should automatically have their voting rights restored, but a majority (54%) opposes restoration of gun rights for those persons. A strong majority of Virginians still supports requiring background checks at gun shows (80%).

Job approval; favorable ratings; direction of the nation and the state

Just over half (52%) of Virginians think the country is on the wrong track, while 32 percent think it is headed in the right direction. Congressional job approval sits at 19 percent, the highest it has been in several years.

Gov. Terry McAuliffe's approval is 52 percent, and a small majority (52%) thinks the Commonwealth of Virginia is heading in the right direction; 29 percent say it is on the wrong track.

Interviewing for The Roanoke College Poll was conducted by The Institute for Policy and Opinion Research at Roanoke College in Salem, Va. between January 15 and January 20, 2017. Interviewing for this poll was extended due to weather. A total of 606 Virginia residents 18 or older were interviewed. Telephone interviews were conducted in English. The random digit dial sample was obtained from ASDE Survey Sampler and included both Virginia land line and cell phone exchanges so that all cell phone and residential land line telephone numbers, including unlisted numbers from Virginia exchanges, had a known chance of inclusion. Cell phones constituted 43 percent of the completed interviews.

Questions answered by the entire sample of 606 residents are subject to a sampling error of plus or minus approximately 4 percent at the 95 percent level of confidence. This means that in 95 out of 100 samples like the one used here, the results obtained should be no more than 4 percentage points above or below the figure that would be obtained by interviewing all Virginia residents who have a home telephone or a cell phone. Where the results of subgroups are reported, the sampling error is higher.

Quotas were used to ensure that different regions of the Commonwealth were proportionately represented. The data were statistically weighted for gender, race, and age. Weighting was done to match Virginia Census data. The margin of error was not adjusted for design effects due to weighting.