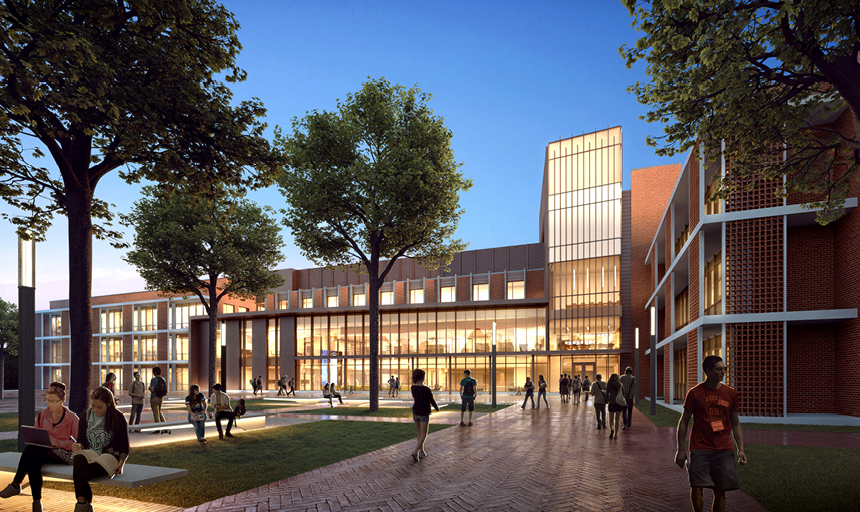 Three Roanoke alumni and their spouses are leading the charge to ensure that plans for Roanoke’s new Science Center become a reality.

John and Betty Shannon have stepped forward to support the Roanoke’s new Science Center. In addition, Morris and Sheila Cregger and Dr. Paul and Constance Capp have each donated $1 million to the Science Center project. These generous contributions added significantly to the ongoing Science Center campaign, Beyond the Rise, which is nearing $20 million raised from all donors.

“It’s a timely endeavor,” said John “Jack” Shannon '52, a former member of the Roanoke College Board of Trustees. “It’s something the College has needed and the time has come to go forward with it.”

The Science Center Project is the most important capital project on Roanoke’s agenda. The new Center will be built for the “next century of discovery” with state-of-the-art teaching and learning spaces. The plan calls for complete renovations of the half-century-old Life Sciences and Trexler buildings, and the removal of Massengill Auditorium and construction of a new state-of-the-art central building in its place that connects Life Sciences and Trexler into one integrated facility.

Roanoke’s student population has doubled since the science buildings were constructed in 1970. The new Science Center will become an important venue on Roanoke’s campus for study of all academic subjects.

“All you need to do is to see how rapidly things are changing in our communities and in our lives,” Shannon said. “Sciences are an important factor for Roanoke as a liberal arts school. What we are going through now, with the pandemic, has further increased the need in the science area. This is a great opportunity to update the College in this area.”

Shannon is retired, after a long and distinguished career as chief legal officer for Norfolk Southern Corp. In 2008, Roanoke College established the John Shannon Professorship in Economics, currently held by Dr. Alice Kassens.

Morris and Sheila Cregger are honoring Roanoke College President Michael Maxey, and his wife, Terri, with their gift to the Science Center. Morris Cregger '64 is the retired chair of the Roanoke College Board of Trustees. Through that role, he and his wife, Sheila, developed a strong friendship and working relationship with the Maxeys.

“Our gift is a recognition of the dedication, sacrifices, leadership and love for Roanoke College by President Mike Maxey and his wife, Terri,” said Morris Cregger, founder, with his wife, of a leading plumbing supply business. “I had the honor and pleasure to serve as chairman of the Board of Trustees for eight years and developed the utmost respect for these two incredible people. Sheila and I developed a friendship with them that will always be a part of our memories.”

“Sciences are an important factor for Roanoke as a liberal arts school...This is a great opportunity to update the College in this area.”

“We know President Maxey would like to break ground on the Science Center soon. We made our gift in their honor with hopes it will inspire others to join us to make this project a success,” Cregger said. “The environment has been made more difficult by COVID-19 but the Science Center remains a high priority for Roanoke’s future.”

“They say it is the impact of one’s life on those that follow that measure’s one’s contributions,” Cregger said. “Mike and Terri have a strong legacy at Roanoke as they touch so many lives.”

“The motivation I had to pursue physics and medicine came from the science faculty,” said Capp, a member of the College’s Board of Trustees. “I would not be where I am today if not for the professors who taught and advised me.”

“The faculty are always outstanding, even when our physical facilities have not matched our program,” Capp said. “As prospective students and parents look at Roanoke College, they see a top-quality program and a stunning campus with facilities like the Cregger Center. They expect an equally impressive science facility and there is a weakness there that has to be changed if we are going to compete, especially for those who don’t yet know about our faculty and career advising.”

Capp has spent his career in physics and medicine in academia – 73 years, all told – first at Roanoke, then at Duke, University of North Carolina and the University of Arizona Medical School.

“I’ve been able to critically observe the sciences and development at Roanoke,” he said. “I feel a closeness to Roanoke and those first four years of my academic career provided the jump-start I needed for a career in academia. I’ve spent 69 years at other institutions, but none propelled me more than those four years at Roanoke.”

“That’s why I’m supporting the Science Center, and why I know it will impact students for years into the future,” Capp said. 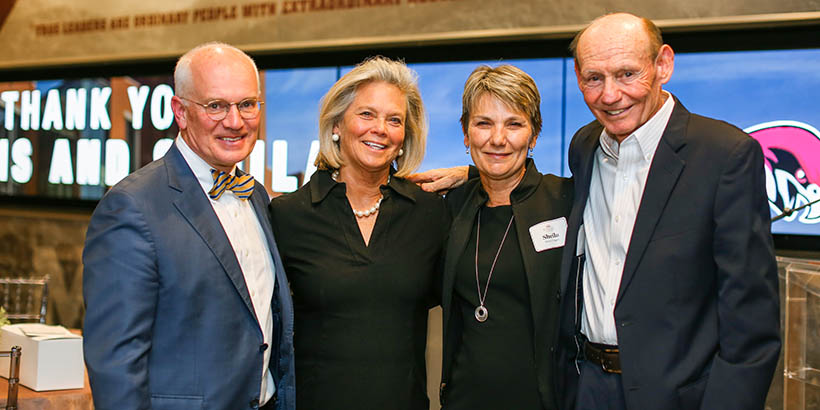 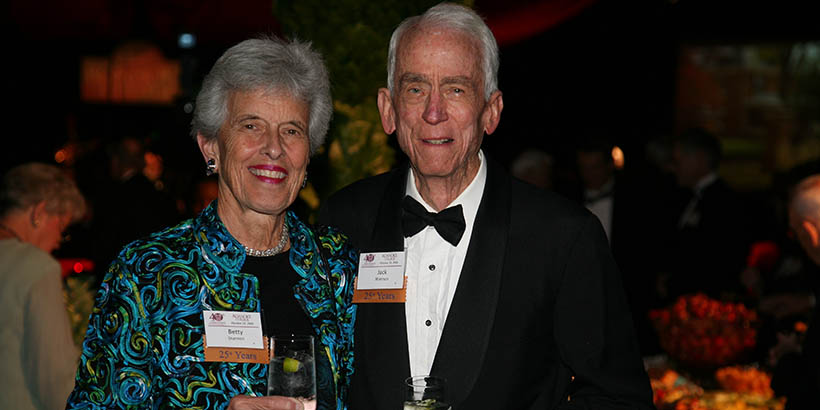