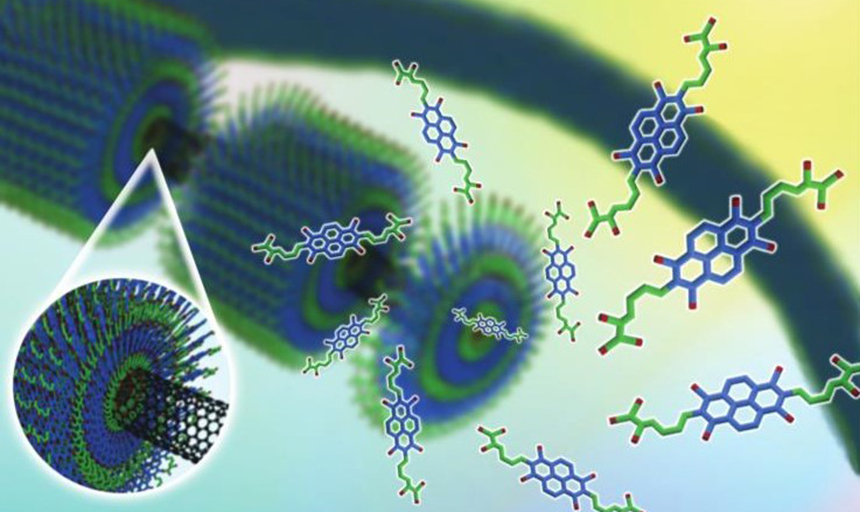 Dr. Jon Parquette, with Ohio State Univeristy, will be giving a talk.

Achieving the co-assembly of more than one component represents an important challenge in the drive to create functional self-assembled nanomaterials. Multicomponent nanomaterials comprised of several discrete, spatially sorted domains of components with high degrees of internal order are particularly important for applications such as optoelectronics.  In this work, single-walled carbon nanotubes (SWNTs) were threaded through the inner channel of nanotubes formed by the bolaamphiphilic self-assembly of a naphthalenediimide-lysine (NDI-Bola) monomer. The application of this strategy to self-assembly of anti-cancer drugs will also be discussed.

Dr. Jon Parquette, with Ohio State Univeristy, will be giving a talk about nanomaterials, single-walled nanotubes, and more!