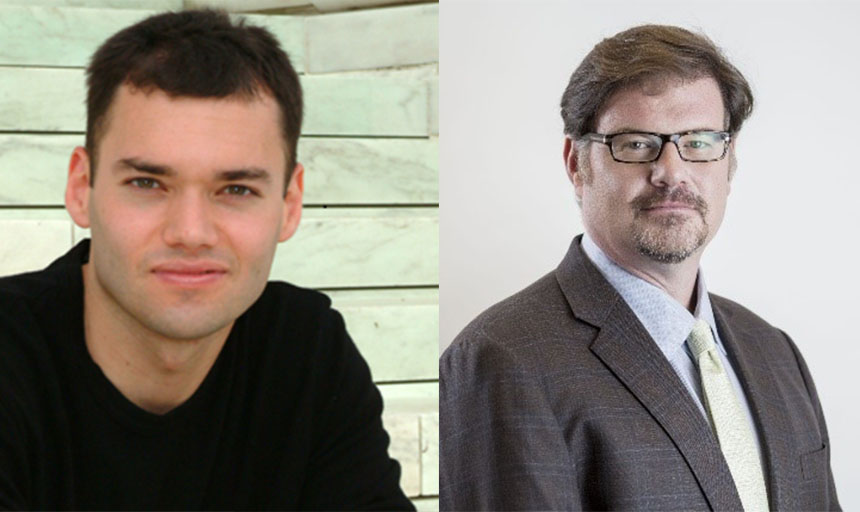 The Results of the 2018 Elections: Jonah Goldberg and Peter Beinart

The 2018 midterm elections come when public discussion concerning leadership in elected government offices, civil service positions, and the media has become very heated. To allow a balanced and reasoned consideration of the qualities of leadership, various endowed programs of the College will offer speakers who can reflect on the theme: "Character and Leadership: Do We Need To Be Good To Be Great?" Officeholders and scholars of the Founding Era assumed that leaders needed to be persons of virtue and honor. Yet, some even suspected George Washington of padding his expense account during the American Revolution! So, from the beginning, leaders and candidates for leadership often either fell short of virtue or were accused of that.

Peter Beinart is Associate Professor of Journalism and Political Science at the City University of New York. He is also a Contributor to The Atlantic, a Senior Columnist at The Forward, a CNN Political Commentator, and a Fellow at The Foundation for Middle East Peace. Beinart is the author of three books and has written for the New York Times, the Wall Street Journal, the Financial Times, the Boston Globe, the Atlantic, Newsweek, Slate, Reader's Digest, Die Zeit, Frankfurter Allgemeine Zeitung, and Polity: the Journal of the Northeastern Political Science Studies Association. The Week magazine named him columnist of the year for 2004. In 2005, he gave the Theodore H. White lecture at Harvard's Kennedy School of Government. He has appeared on "This Week with George Stephanopoulos," "Charlie Rose," "Meet the Press," "The Colbert Report" and many other television programs. Beinart graduated from Yale University, winning a Rhodes scholarship for graduate study at Oxford University. After graduating from University College, Oxford, Beinart became The New Republic's managing editor in 1995. He became senior editor in 1997, and from 1999 to 2006 served as the magazine's Editor.

Jonah Goldberg guides you to appreciate the essential nature of politics by examining the underpinnings of liberal and conservative ideologies, economic policy and the changing role of modern-day media. As senior editor of the National Review, Goldberg firmly established himself as a prominent analyst with the publication of two New York Times best-selling books, including "Liberal Fascism: The Secret History of the American Left from Mussolini to the Politics of Meaning." Named one of the top 50 political commentators in America by The Atlantic magazine, Goldberg's informed and thoughtful perspectives spark indispensable dialogue and debate. Whether discussing the intellectual history of the Left or the hazards posed by political clichés, he scrutinizes prevailing opinions and generates new insights. As Goldberg regales listeners with his trademark passion and humor, listeners come to recognize the power of ideas to shape a movement as well as individual beliefs.

This event is sponsored by the Henry H. Fowler Program and is free and open to the public.

Complimentary tickets are required and available begining September 14th at the Colket Information Desk, or online.

The Fowler Program will offer a post-election discussion of leadership with an exchange of views by two of the nation's most talented and lively political speakers: Jonah Goldberg and Peter Beinart.