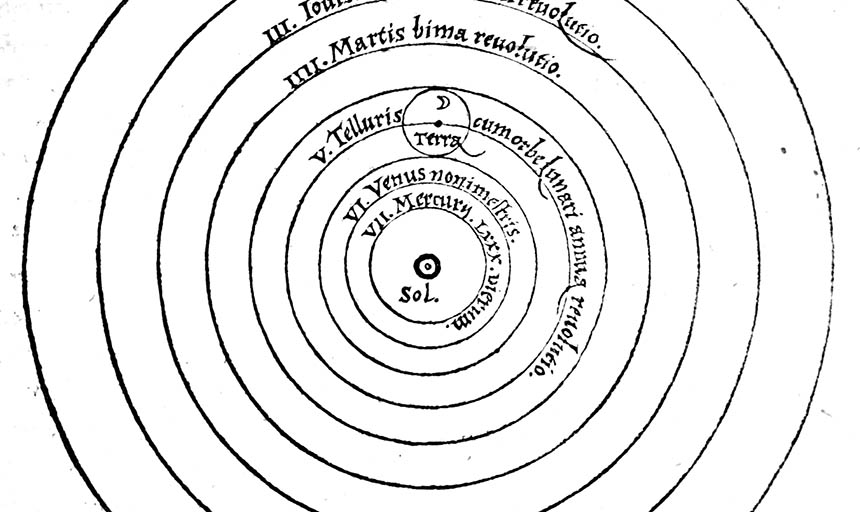 "From Ptolemy to Copernicus: Planetary Astronomy and Theory Choice", by Dr. Todd Timberlake

Dr. Todd Timberlake will discuss the fascinating issues surrounding the introduction and eventual acceptance of the Copernican theory of our solar system.

Abstract: In 1543 Nicolaus Copernicus published his De revolutionibus orbium coelestium, which presented the world with the Sun-centered astronomical system we all know and accept today.  However, a century after Copernicus introduced his theory there were only a few astronomers who believed in the new heliocentric astronomy.  Why were astronomers so slow to adopt the Copernican theory?  To answer this question we must look at the earlier astronomical theory of Claudius Ptolemy and the observational data that it, and the Copernican theory, were intended to explain. The Copernican theory had some important advantages over the Ptolemaic theory, but for mid-17th century astronomers those advantages were more than offset by some serious problems with the idea of a moving Earth.   Resolving the problems of the Copernican theory would require the invention of an entirely new physics.

Dr. Todd Timberlake will discuss the fascinating issues surrounding the introduction and eventual acceptance of the Copernican theory of our solar system.