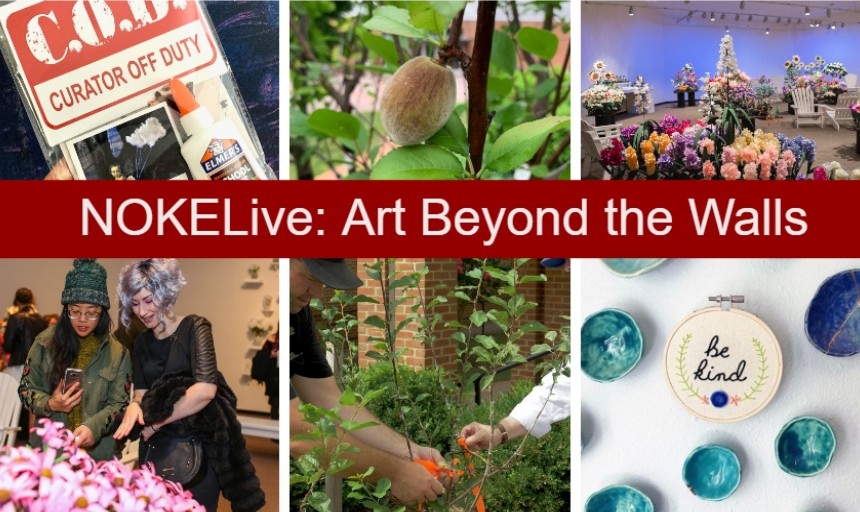 NOKELive: Art Beyond the Walls

The Roanoke College Alumni Association invites you to our NOKELive event!

During this event Joanne Leonhardt Cassullo '78, Taliaferro Logan, and Lacey Leonard will walk you through some of the amazing exhibits that have gone beyond the walls of Olin Gallery.

Joanne Leonhardt Cassullo '78 was born in Oyster Bay, NY and raised in Texas.  She is a graduate of Roanoke College, Class of 1978, and a member of the Board of Trustees where she established the Joanne Leonhardt Cassullo Center for Arts. Cassullo is the Founder and President of The Dorothea L. Leonhardt Foundation, Inc., a New York City based private, philanthropic foundation named after her mother, Dolly. A lifelong and passionate advocate for living artists, Cassullo serves on the boards of the Whitney Museum of American Art, The Taubman Museum of Art in Roanoke, VA, as well as the Executive Board of the Meadows School of the Arts at Southern Methodist University and the Program Advisory Committee of the Nasher Sculpture Center both located in Dallas, TX. In addition, Cassullo has written articles on the arts for publications such as the Harvard Business Review, Next and Flair magazines, and has worked as a research assistant and prop stylist on several books including "Cherished Objects, Victorian Keepsakes" and "The Victorian Garden."

Taliaferro Logan received her BFA from Virginia Commonwealth University and an MFA in sculpture from The Art Institute of Chicago. Logan currently is the Gallery Director of Olin Hall Galleries and has been with Roanoke College since 2005. Originally trained as a metalsmith, her current studio practice includes drawing, painting, sculpture and installation. Based in Roanoke, VA, Logan is a practicing artist and has exhibited nationally and internationally at venues in Holland, Washington D.C., and Chicago.

Lacey Leonard is a visual artist originally from Houston, TX. After receiving her BFA in Sculpture and Extended Media from Virginia Commonwealth University in 2015, Lacey hiked the Appalachian Trail stretching from Georgia to Maine; covering 2,189.1 miles in six months. Lacey is currently the Assistant Gallery Director at Roanoke College and maintains a studio practice in Roanoke, VA.