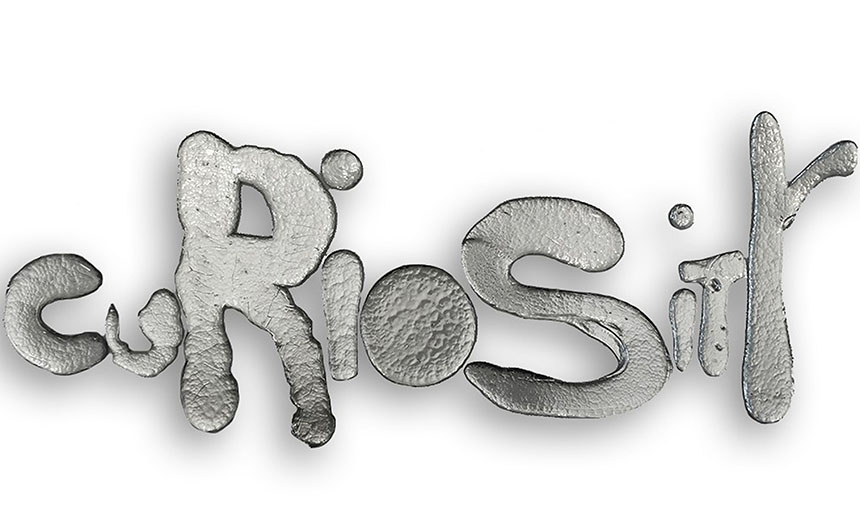 Olin Gallery –
Rob Wynne
Post Nostalgia
Rob Wynne’s exhibition, Post Nostalgia, will be shown in Olin Gallery at Roanoke College. Comprising of a small retrospective of the various mediums in which he works: Glass, bronze, thread and embroidery. His works reference literature and different aspects of visual art and history. Wynne was born in 1948 in New York. His work is in the collections of The Museum of Modern Art, N.Y.C., The Whitney Museum of Art, N.Y.C., The Brooklyn Museum, Brooklyn, N.Y., Centre Pompidou, Paris, France, The Norton Museum, West Palm Beach, Fla. Rob Wynne currently lives and works in New York City.

Smoyer Gallery –
Duane Cregger
Still(ness)
Still(ness) explores the search for tranquility within an unruly psyche. Intuitive marks build detailed and busy compositions that are calmed by layers of quieted color. Duane Cregger received a Bachelor of Arts in Art from Roanoke College in 1992. He lived in Washington, DC, with a career in art direction and design until 2003, when he began to paint. His paintings are found in private and corporate collections, and his work has been featured in several publications. He has been a participant and received awards in numerous juried exhibitions, including Roanoke College’s 2015 and 2019 juried biennials. Cregger currently lives and paints in southwest Virginia.

Join us for the opening reception for Rob Wynne and Duane Cregger's exhibitions in the Olin and Smoyer Galleries!