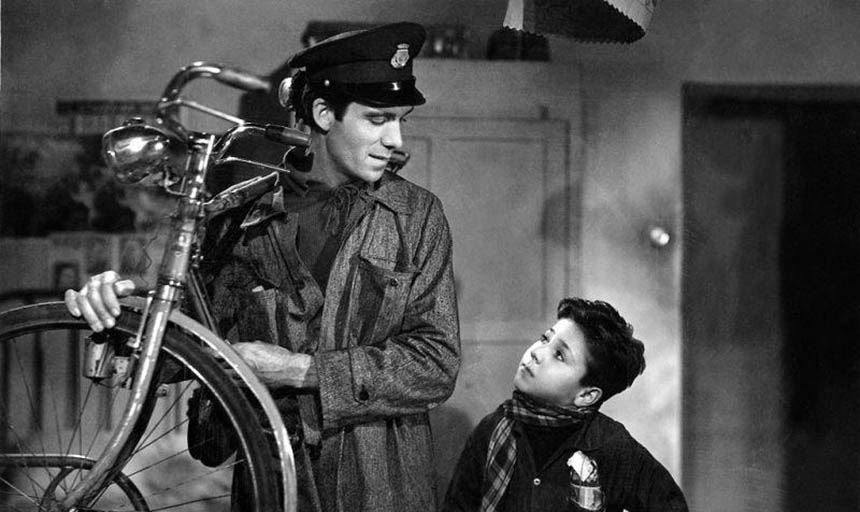 The Department of Modern Languages is pleased to present the third Roanoke College International Film Festival. This year’s theme is Social Justice and the Oscars. Each film will be followed by a post-screening, panel-led discussion.

Hailed around the world as one of the greatest movies ever made, the Academy Award-winning Bicycle Thieves, directed by Vittorio De Sica, defined an era in cinema. In poverty-stricken postwar Rome, a man is on his first day of a new job that offers hope of salvation for his desperate family when his bicycle, which he needs for work, is stolen. With his young son in tow, he sets off to track down the thief. Simple in construction and profoundly rich in human insight, Bicycle Thieves embodies the greatest strengths of the Italian neorealist movement: emotional clarity, social rectitude, and brutal honesty.

Prof. Giuliana Chapman has taught Italian at Roanoke College since 2000.  In addition to teaching language courses, Prof. Chapman also teaches a short-term course on Italian film and leads an inter-disciplinary travel course to Rome.  She holds a Master’s degree in Italian Literature from the University of Virginia and graduated from the University of Chicago with a degree in Romance Languages and Literatures.

Dr. Wendy Larson-Harris got her BA from Gustavus Adolphus College in Minnesota, then her MA and Ph.D. in medieval English literature at the University of Wisconsin-Madison. She has been teaching at Roanoke College in the English and Communication Studies Department since 2002, and coordinating the Screen Studies Concentration from its foundation in 2015. She teaches the introductory course ENGL256 Film Art and History and ENGL356 Gender in Asian Cinema.

“Door” Prizes!: Amazon Gift Cards will be given away each night! Please join us!

Hailed around the world as one of the greatest movies ever made, the Academy Award–winning Bicycle Thieves, directed by Vittorio De Sica, defined an era in cinema.