Japan's unique culture stems from a surprising mix of art, religion and philosophy which is still evident today. Relevant for fans of Japan's impressive pop culture as well as for students of classic literature, the Japanese program at Roanoke explores multiple facets of Japanese life.

Why study Japanese at Roanoke?

It's business. Japan has one of the most influential economies in the world. A working knowledge of Japanese can make an employee attractive to companies that operate in the global marketplace.

Think again. Because the Japanese language functions in a radically different way, students are challenged to reconsider their basic expectations about how language works. 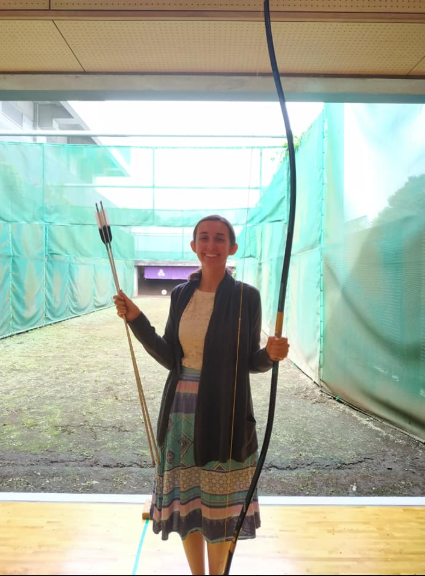 I first became interested in South Korean culture when I was 14 years old and began to study Korean shortly after that.  Until this year, I had never been abroad, and I didn't know when or how that time would come, although I knew that I would one day go to Korea and that it would be amazing.  Thanks to the Freeman ASIANetwork Grant allowing me this opportunity, my first experience in Korea was even more meaningful than I had imagined it would be.  I was able to combine my interest in the Korean language, history, and pop culture with my vocation to teach by studying the way that South Korean schools help North Korean defector students adjust to their new environment.  Not only that, but I was able to reunite with several Korean friends I made at Roanoke College, meet new friends, try foods like samgyupsal and jjajangmyeon, and go to breathtaking locations such as the border of North Korea and a green tea plantation in Boseong.

Carolyn is currently an English teacher with the JET Programme! I was placed at Mitka Secondary School in Tokyo and will be teaching both middle school and high school English. 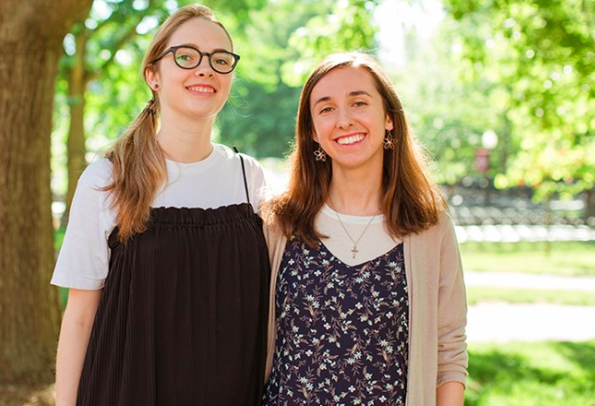 Two recent Roanoke College graduates, Carolyn Marciniec ’19 and Josie Dennis ’19, have been accepted to the Japan Exchange and Teaching Program, or JET.

JET is an initiative similar to the Fulbright English Teaching Assistantship but sponsored by the Japanese government to promote internationalization at the grassroots level by bringing young, college-educated individuals to work in communities throughout Japan.

Marciniec, a native of Salem, graduated with a major in literary studies and a minor in secondary education and a concentration in TESOL, or teaching English to speakers of other languages. Through JET, Marciniec will work with the Tokyo Metropolitan Board of Education.

“I knew about the JET Program when I was in middle school because my cousin taught English through JET in Miyagi, Japan,” says Marciniec. “The JET Program is my dream job; I get to teach English while at the same time practice Japanese and learn more about Japan.”