Following is an update on the Genealogy of Slavery research conducted by the Center for Studying the Structures of Race (CSSR).

A team of Roanoke College faculty and student researchers, led by College Historian Dr. Jesse Bucher, are discovering more about the history of slavery at Roanoke College and the contribution enslaved people made to its founding and early development.

The latest research has uncovered information that Roanoke College’s founder and first president, Dr. David F. Bittle participated directly in the economy of slavery. Student researchers from CSSR uncovered several documents listing him as the owner of an enslaved person named Ambrose. Documents show Dr. Bittle sent Ambrose from Salem to Richmond to help build Confederate defenses in September of 1863. 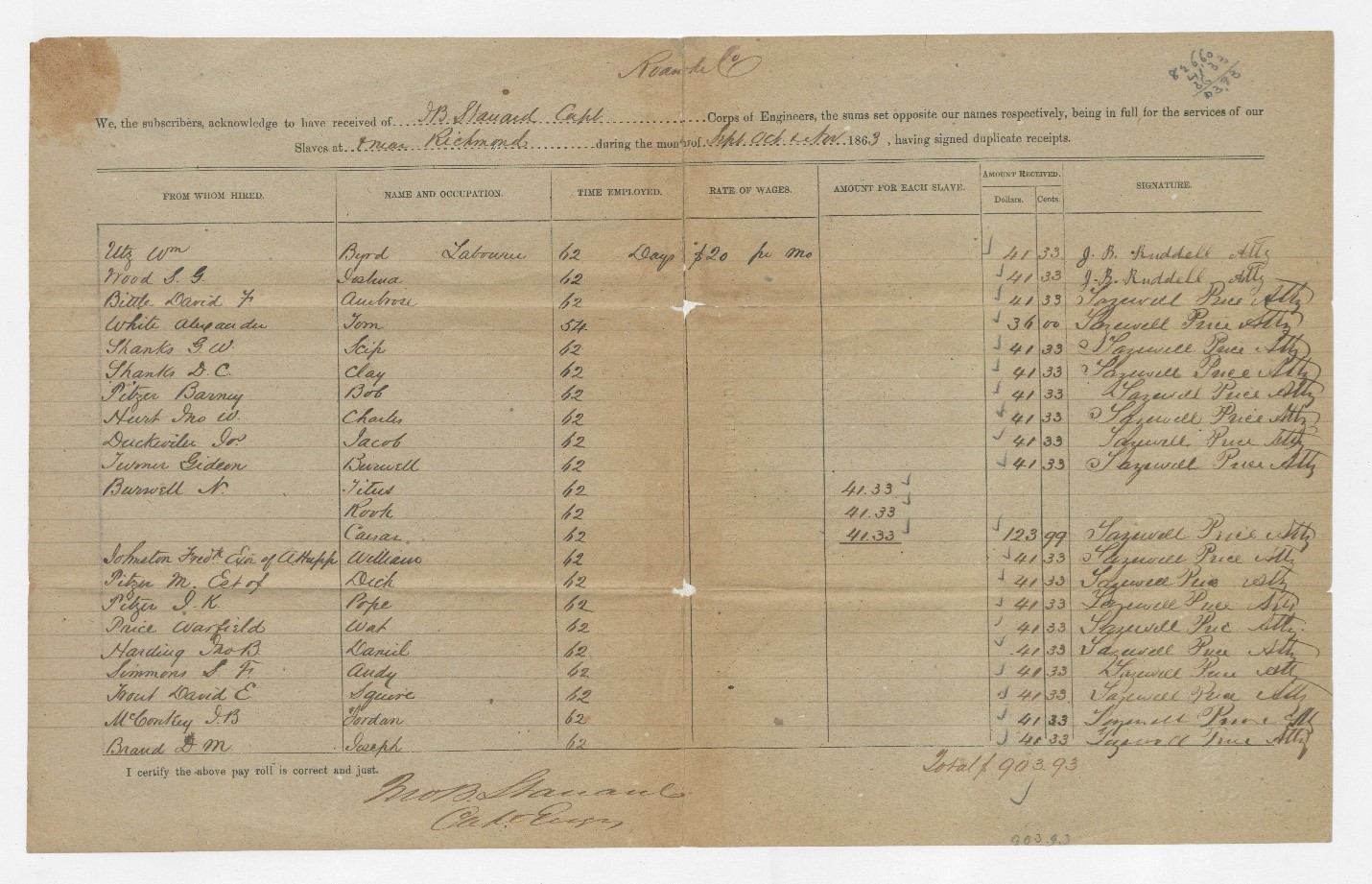 Students currently conducting research through CSSR are now working to learn more about Ambrose and other enslaved persons who contributed to the founding of the College and its physical campus.

The Administration Building and Miller Hall were constructed, by enslaved persons, before the Civil War. In addition to the onsite labor contributions, the College was establishing itself from an economy predominately supported by the institution of slavery.

Recent research by the team reveals that many members of the Roanoke College Board of Trustees and faculty members held people in slavery.

In addition, the faculty service medal is named for Dr. Wells.

Our research is ongoing. We have made important discoveries and have been reminded that Roanoke College’s history is inseparable from that of the surrounding community. We are adding to what we know about the College and our work is not complete.

Roanoke College’s statement of purpose says: Central to achieving the purposes of the College is a strong commitment to liberal education and its vision of human freedom leading to service within the human community. We will challenge ourselves to stay true to this commitment as we continue this important work and research.