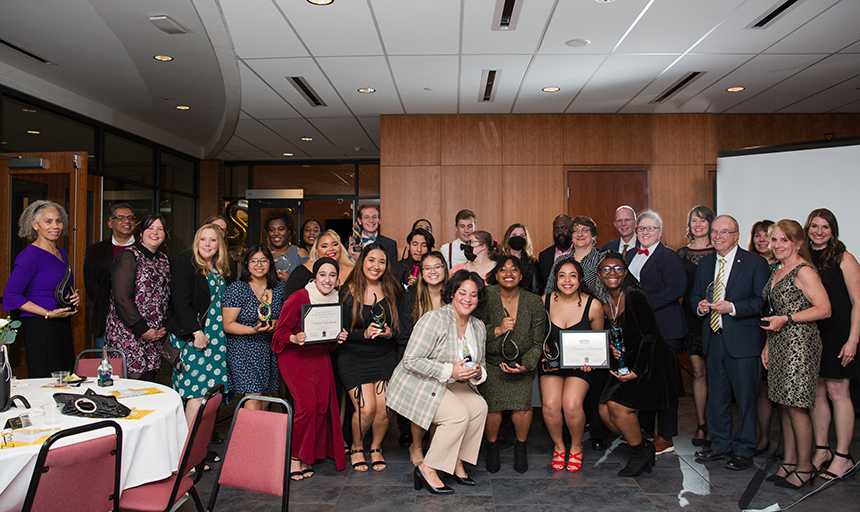 Students and others recognized at Garren Diversity Awards

The Office of Multicultural Affairs hosted the 22nd Annual Garren Diversity Awards on April 20. Students, faculty and staff were recognized for their contributions to Roanoke College and its goal to promote diversity and inclusion throughout the campus.

The awards ceremony, held in the lobby of the Cregger Center, was presented by the Peer Diversity Educators.

Garren Diversity Awards were divided into several categories. The program began with three students recognized for their essays in the Bonilla Essay Competition, established in collaboration with Catherine Bonilla ‘14 and Cesar “Chico” Bonilla ‘19.

Faculty awards were presented to:

The Garren Staff Award was presented to several staff members:

The Rising Star Award is bestowed on two freshmen or sophomore students who have the potential to have a lasting impact on the College campus. This year’s recipients are:

Four students were recognized with The Upperclassmen Award.

The Legacy Award was given to two students:

The Maxine Fitzgerald Trailblazer Award is for those leaders who have blazed a trail for those who will follow them. It was presented to three students and one staff member.

The Department Awards were presented to two academic departments:

Ken Garren, for whom the awards program is named, attended the event and talked about the birth of the multicultural affairs program at Roanoke. Later in the evening, he received the Ken Garren Pioneer Award for his work as a transformational leader at Roanoke College. 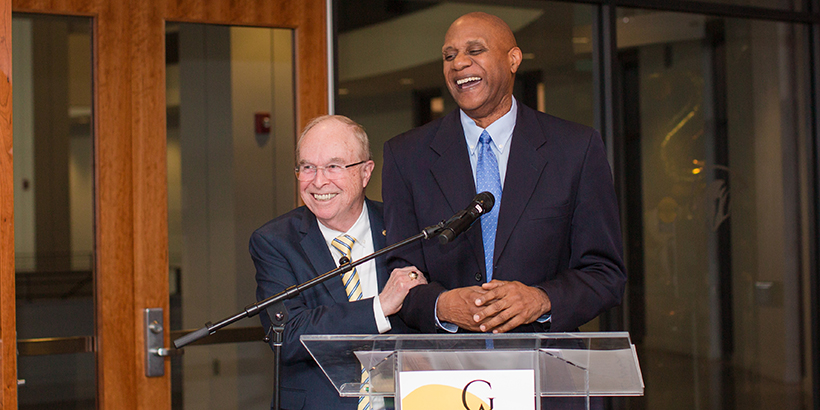 Ken Garren and Ken Belton speak about the origins of the Multicultural Affairs program. 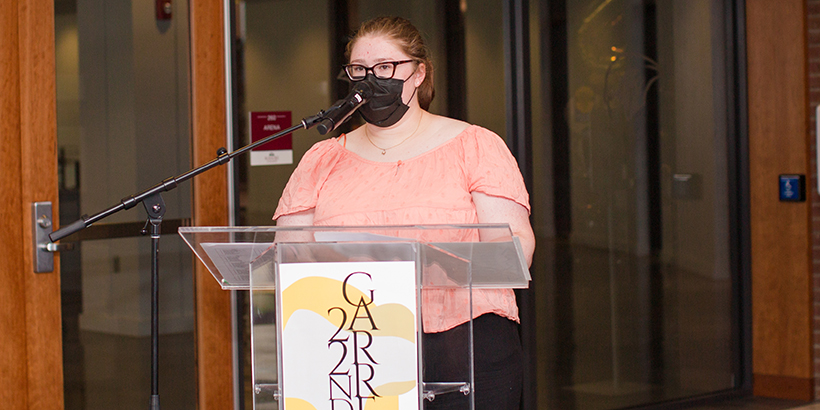 Caitlin Blake, a senior elementary education and environmental studies major and member of the Honors program, reads her entry for the Bonilla Essay Competition. 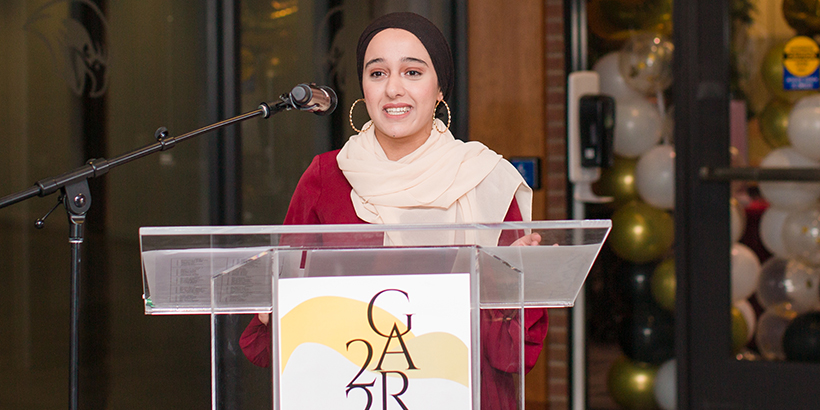 Huda Hashash, a junior biochemistry major from Palestine, reads her entry for the Bonilla Essay Competition. 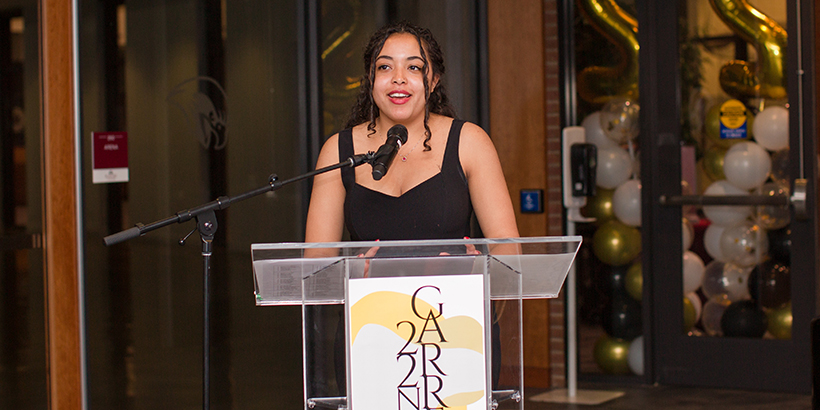 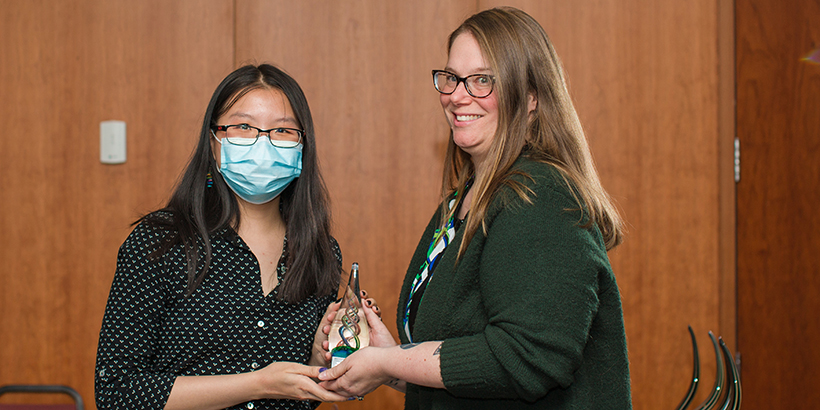 Dr. D.B. Poli, professor of biology, is recognized with the Garren Faculty Award. 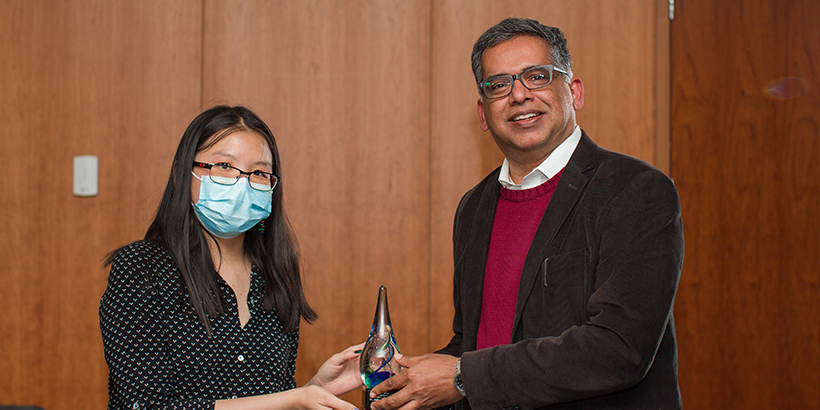 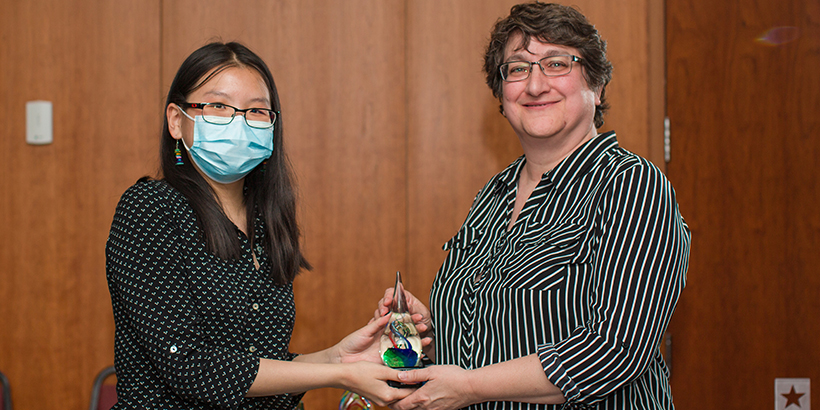 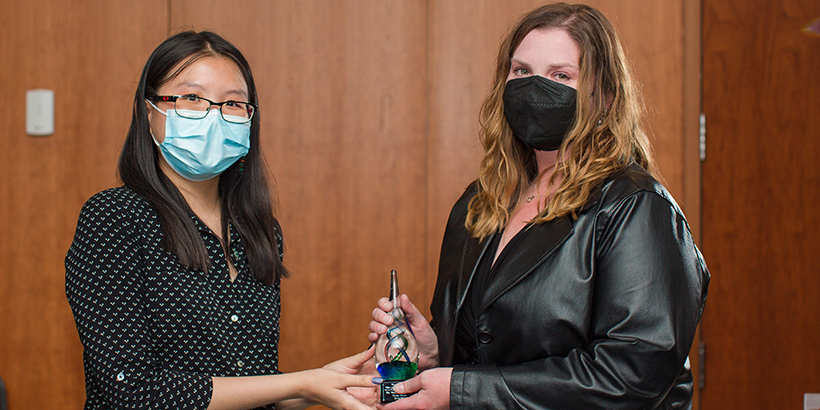 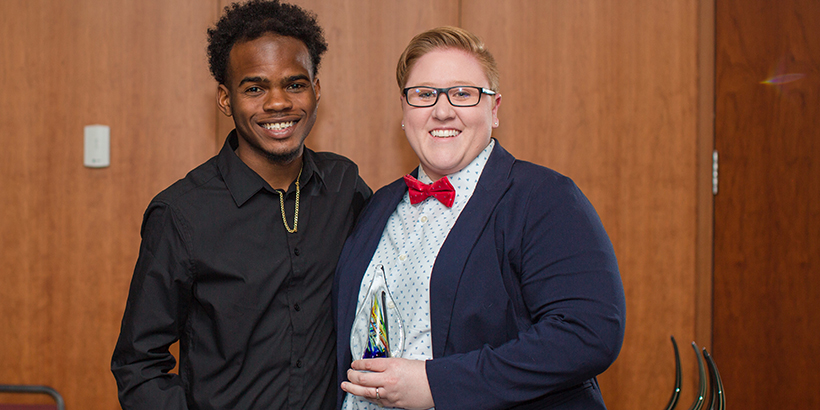 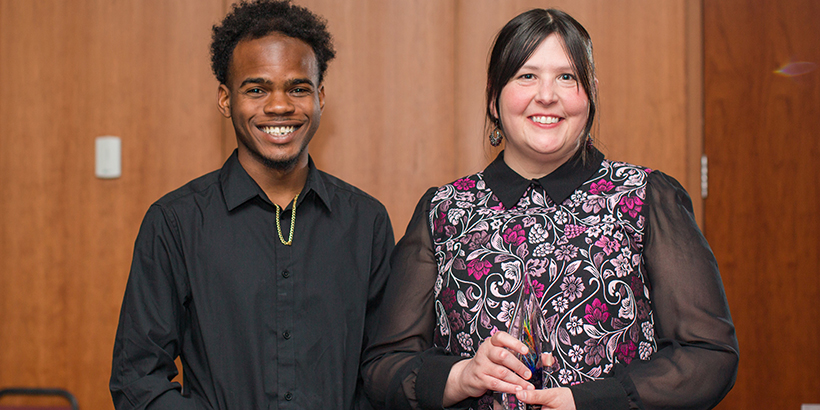 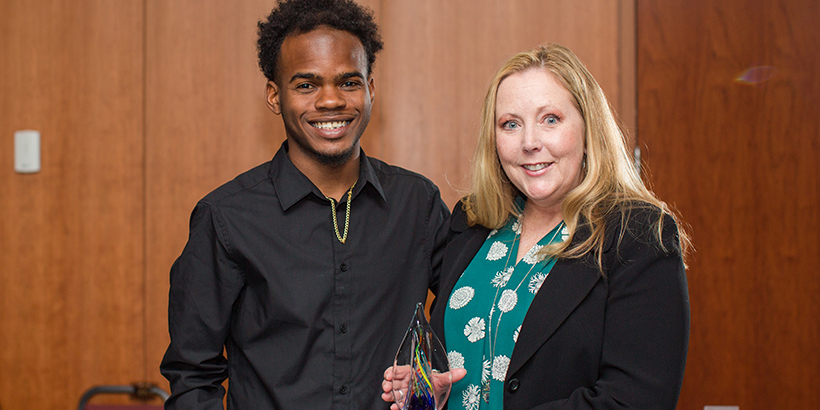 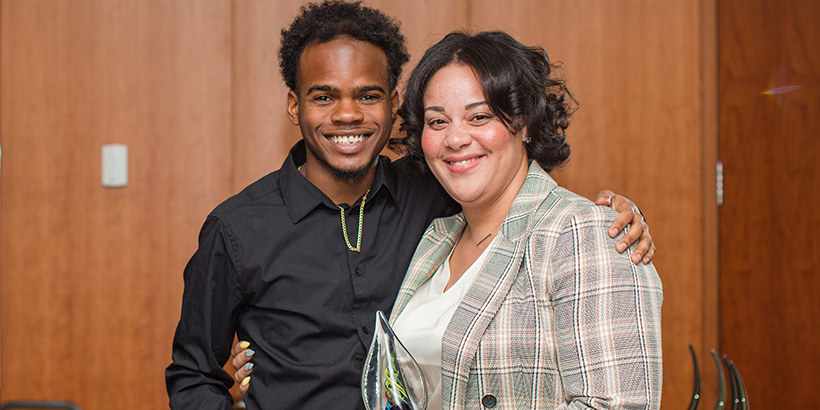 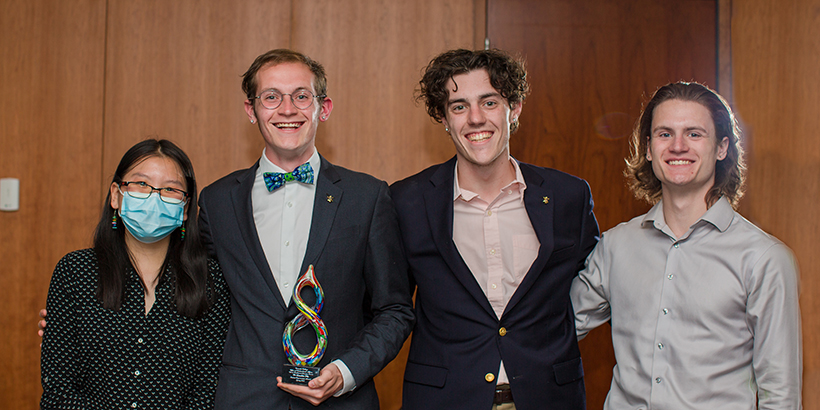 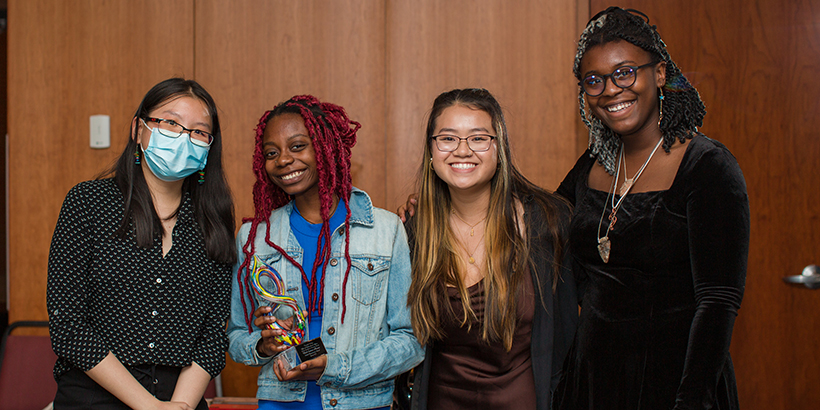 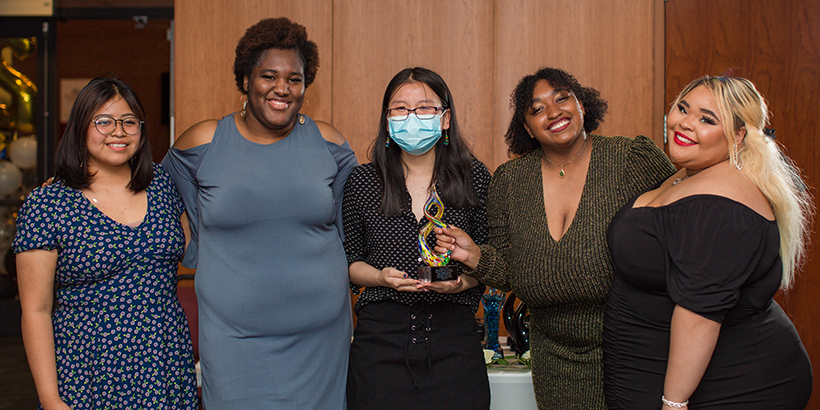 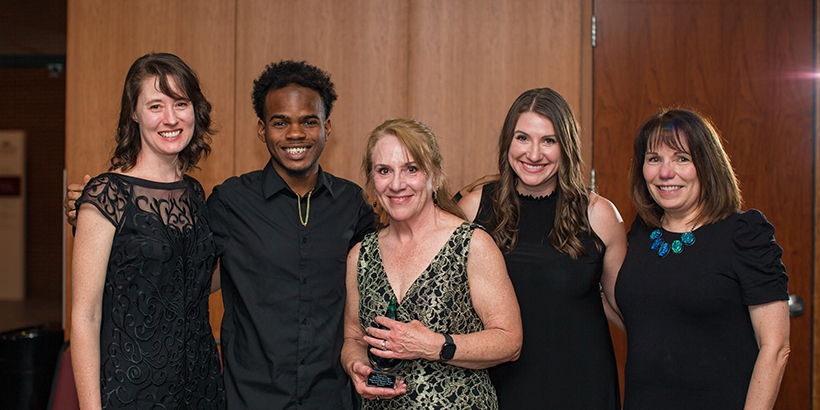 The Department of Education was honored for its BRIDGES program, an initiative to encourage the entry of people of color into the teaching profession. 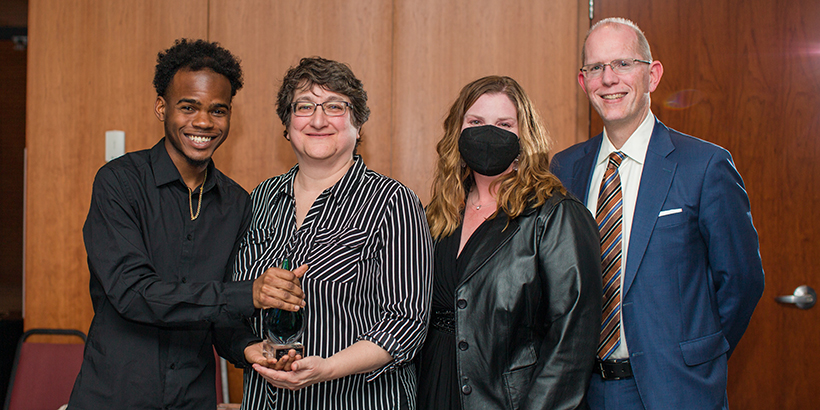 Religion and Philosophy was recognized for its Out of the Closet space on campus and other efforts. 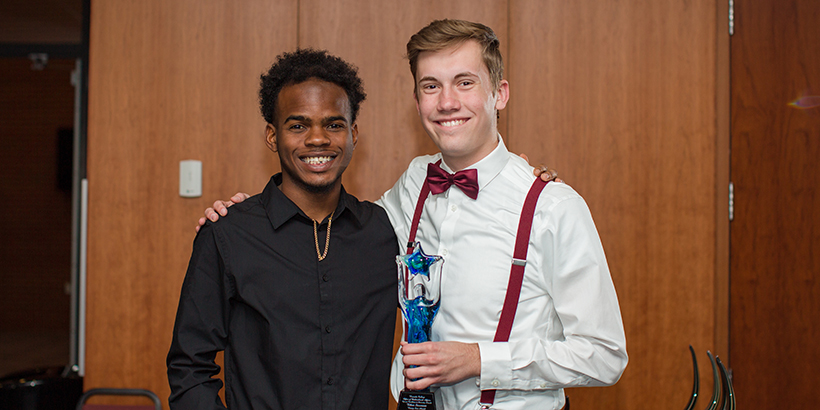 Ethan Stevenson, a sophomore economics and political science major, is involved with RC Pride and received the Rising Star Award. 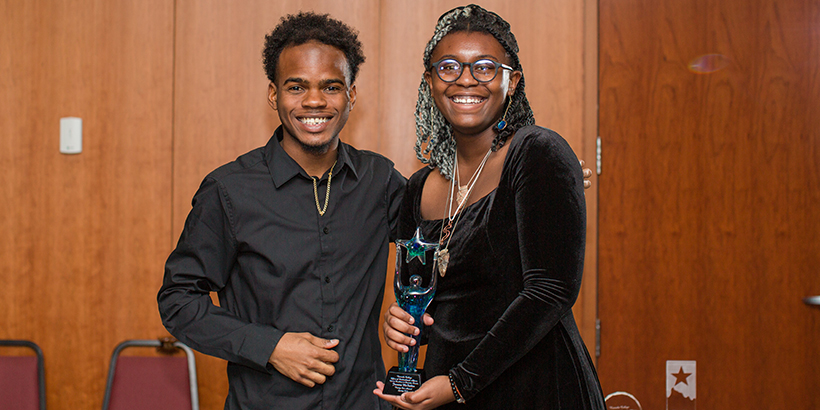 Jasmine McFadden, a freshman sociology major, is involved with BonD and is the historian for BSA. She received the Rising Star Award. 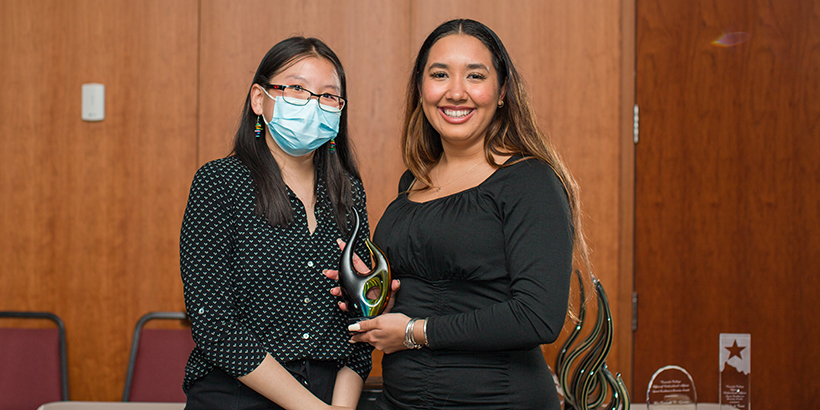 Jenna Canegata, a senior chemistry major, who has developed diversity events for the Greek organizations received the Upperclassmen Award. 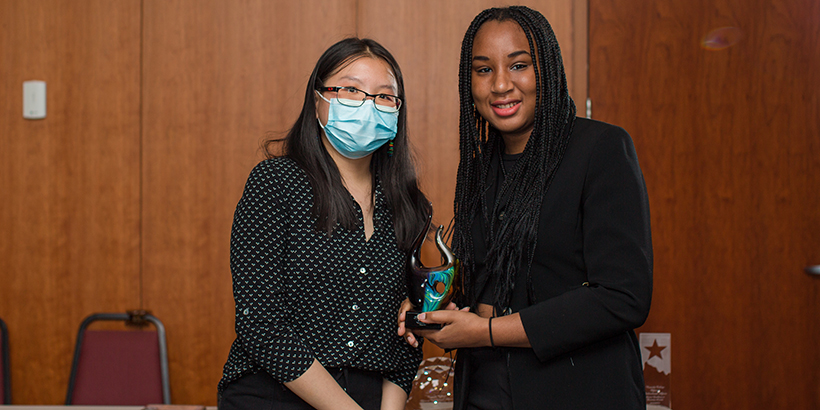 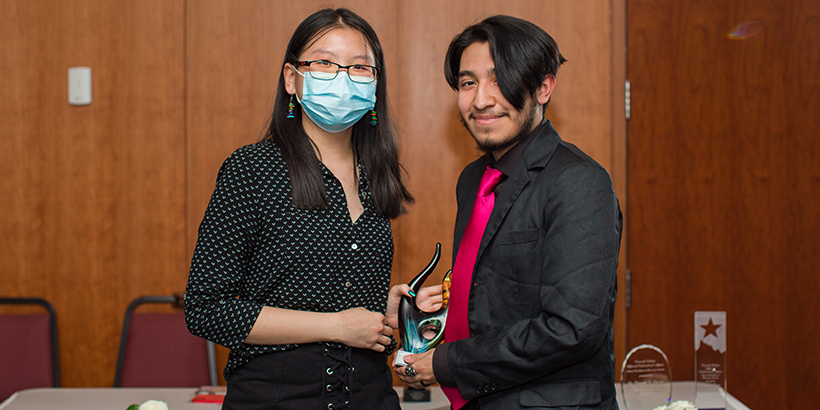 Saul Pineda-Torres Jr., a senior math and physics major, who was a co-coordinator of the BonD program during the pandemic received the Upperclassmen Award. 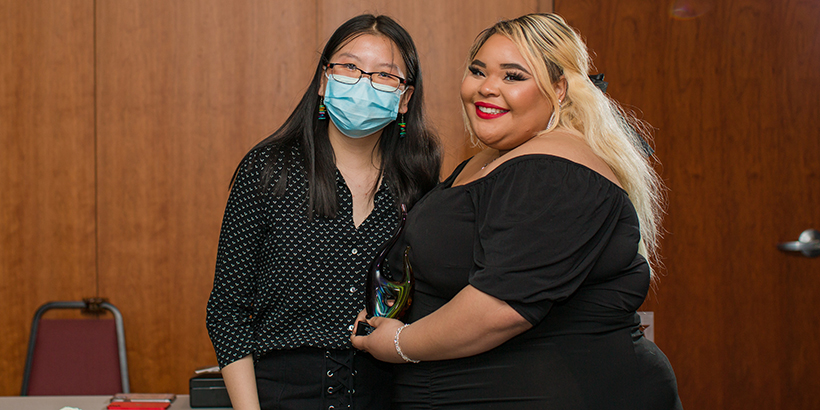 Makayla Trent, a senior business administration major, who is the President of HOLA received the Upperclassmen Award. 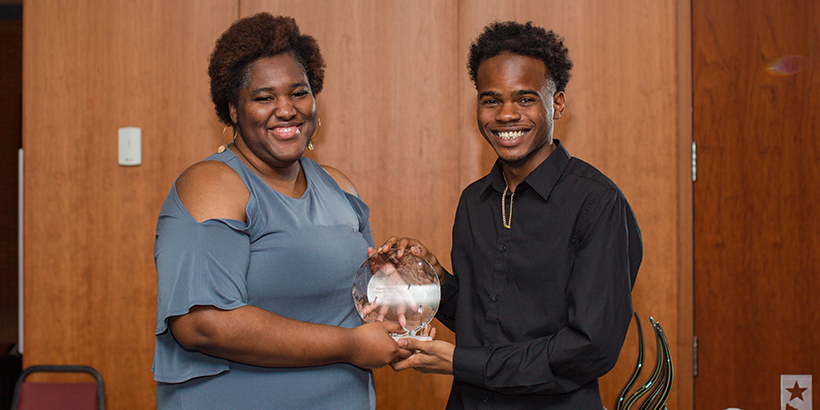 Attiya Daniels, a senior biology major, who is a BonD mentor and HOLA vice president received the Legacy Award. 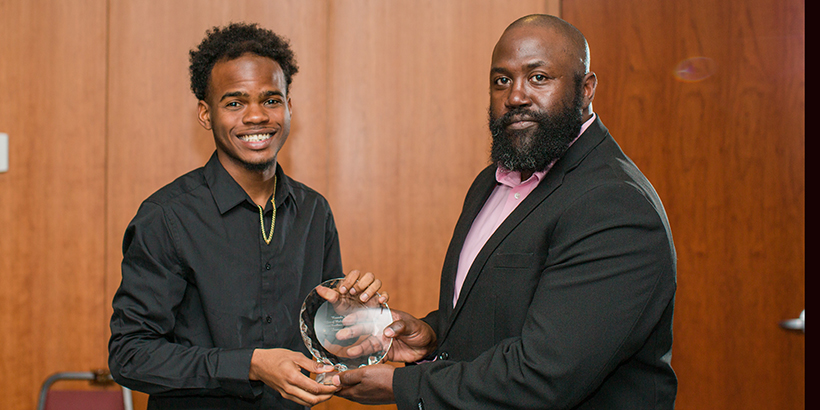 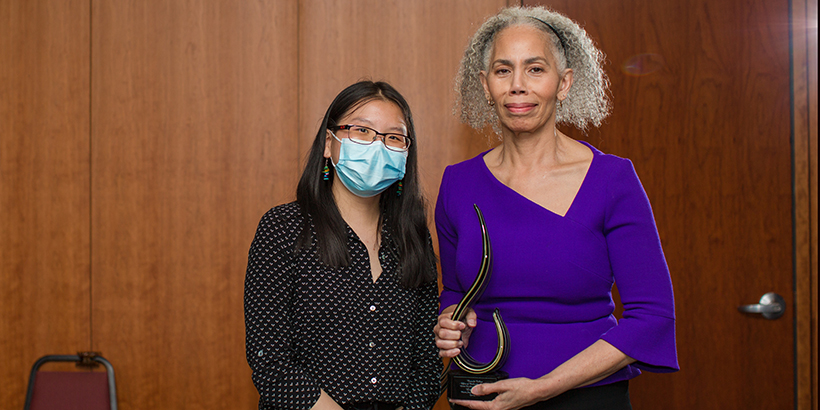 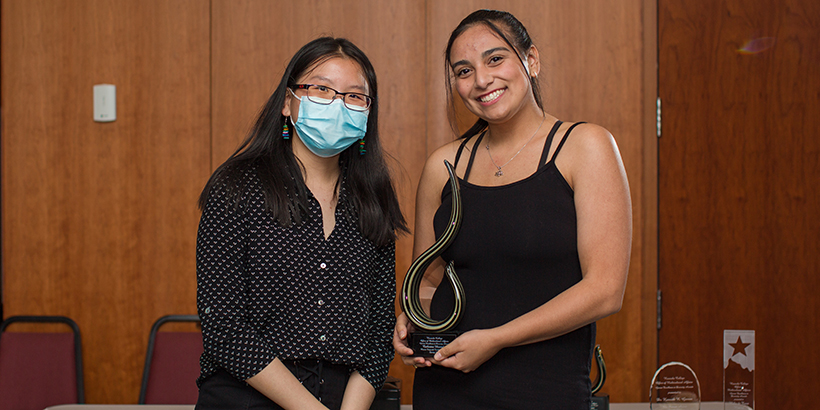 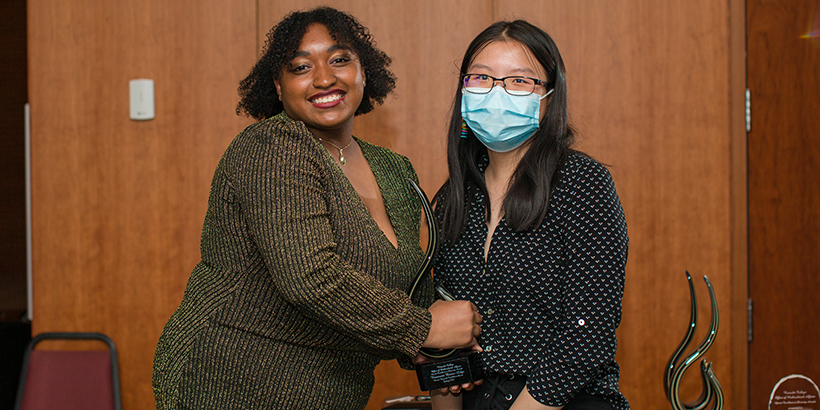 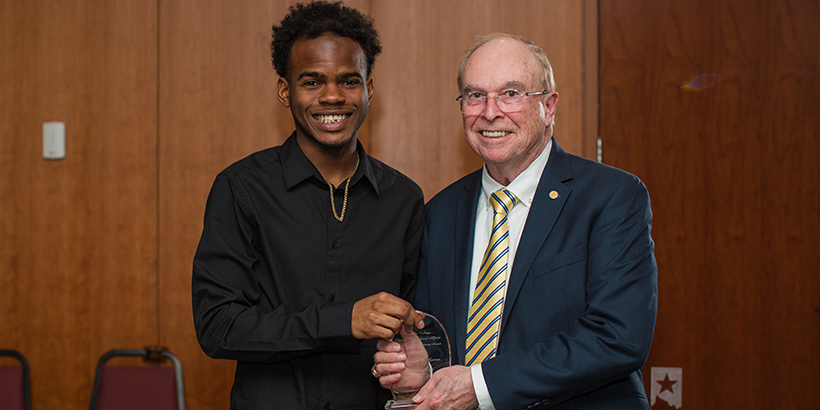 Ken Garren, for whom the awards program is named, received the Ken Garren Pioneer Award for his work as a transformational leader at Roanoke College.