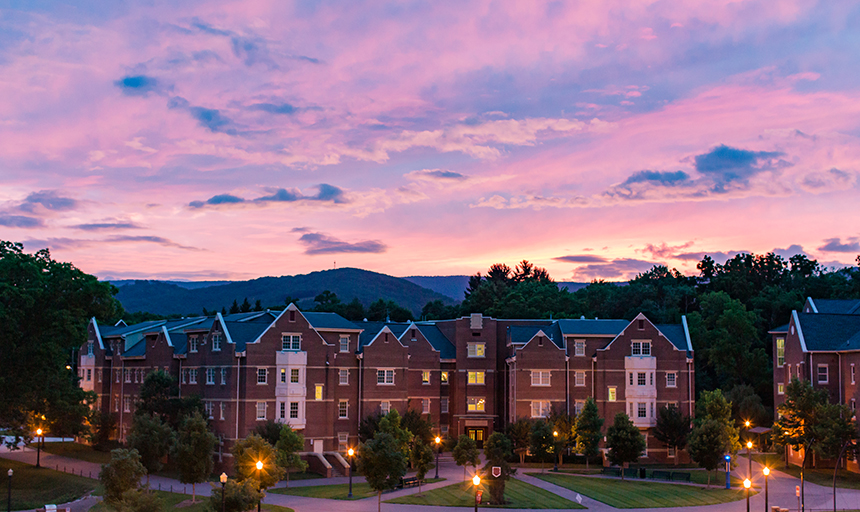 Even without students on campus, Roanoke College has been in the news quite a bit in May and June.

On May 20, Newsweek published an article about a Republican-led effort in Congress to re-open businesses nationwide sooner rather than later. Dr. Shannon Anderson, associate professor of sociology, was quoted in the article urging public health and economic experts to work together in finding a solution to the problems COVID-19 presents instead of pitting them against each other.

On May 27, the Associated Press ran an article entitled, “American virus deaths at 100,000: What does a number mean?”. M. Paul Capp & Constance Whitehead Professor of Mathematics Dr. Roland Minton was quoted in the article, saying that keeping close track of data and quantifying widespread problems can help people better comprehend a problem. The article ran in 445 news outlets in 11 countries and had 35,402 associated social media interactions, and potentially reached up to 500 million people.

Rob Willingham, associate professor of history and chair of the History Department, wrote an op-ed that the Roanoke Times published June 13. Willingham argued that the Roanoke County-owned statue that honors Confederate soldiers and families — a statue that stands near Roanoke College’s campus — should be taken down. Willingham argued that we don’t need the statue to remember the history of the Civil War. He called the statue “offensive and anachronistic,” and urged the county to move it.

Willingham’s desire to move the Confederate monument fits in with attitudes around the country. From Richmond to western states, state and local governments are removing statues that honor the Confederate States of America. A new state law in Virginia that goes into effect July 1 will allow these statues to be moved from their original locations.

On June 15, the College announced the establishment of The Center for Studying the Structures of Race on campus. The center will serve as a venue for teaching, research and community engagement about issues of race, and emphasize the examination of forms of institutional racism at local, national and international levels.

Dr. Jesse Bucher, associate professor of history at Roanoke College, will serve as director of the Center.  It will be located in the renovated quarters of slaves owned by a family who lived in a private residence, built in 1853, that was purchased by Roanoke College in 2002.

While Roanoke College did not own slaves, the College’s earliest buildings — the Administration Building and Miller Hall — were constructed using the labor of enslaved people. The name of the Center invokes the historical significance of that piece of Roanoke College’s history, as well as the former slave quarters as physical “structures.”

Numerous local, statewide and even national publications wrote about the center. The day after the center was announced, an article on it appeared as the centerpiece on the front page of the Roanoke Times. Local television stations WDBJ7, WSLS10 and WXFR all ran pieces on the center.

Diverse: Issues of Higher Education magazine spoke to Dr. Bucher and wrote a piece on the center’s creation, published June 25.

For the first time in its history, the College recognized Juneteenth, the holiday commemorating the effective end of slavery in the United States. President Mike Maxey announced that the College will continue to celebrate the holiday, observed annually on June 19. President Maxey and Director of Multicultural Affairs Natasha Saunders spoke on video about the importance of recognizing Juneteenth. The Rev. Christopher M. Bowen, Timothy L. Pickle Dean of the Chapel, said a prayer to commemorate the event.

Dr. Bucher wrote an op-ed that was published in The Roanoke Times about the College’s decision to recognize Juneteenth. Titled “It took too long”, the piece delves into the history behind the holiday, the College’s history, and opined that American society is moving too slowly in addressing the atrocities of slavery.

In a different vein, Dr. Laura Hartman, assistant professor of environmental studies, co-wrote an opinion piece that was published in The Roanoke Times on June 12. The piece urged Roanoke Gas to opt out of a deal with the Mountain Valley Pipeline. Hartman wrote it with the Rev. Dr. David Jones, pastor of Williams Memorial Baptist Church in Roanoke. They are co-chairs of RAISE (Roanoke Area Interfaith Stewards of the Earth).

On June 29, the Richmond Times-Dispatch published an opinion piece from Dr. Jennifer Berenson, professor of Religion/Philosophy and department chair. Berenson wrote about her ancestors, who were victims of the Armenian Genocide that began in 1915. Berenson wrote about the trauma that Armenians had faced prior to the genocide, and how much of the oppression they faced was legal at the time. Berenson compared their plight to that of Black Americans in modern America, and encouraged readers to examine their own family histories and see them through a modern lens, as she’s now doing.