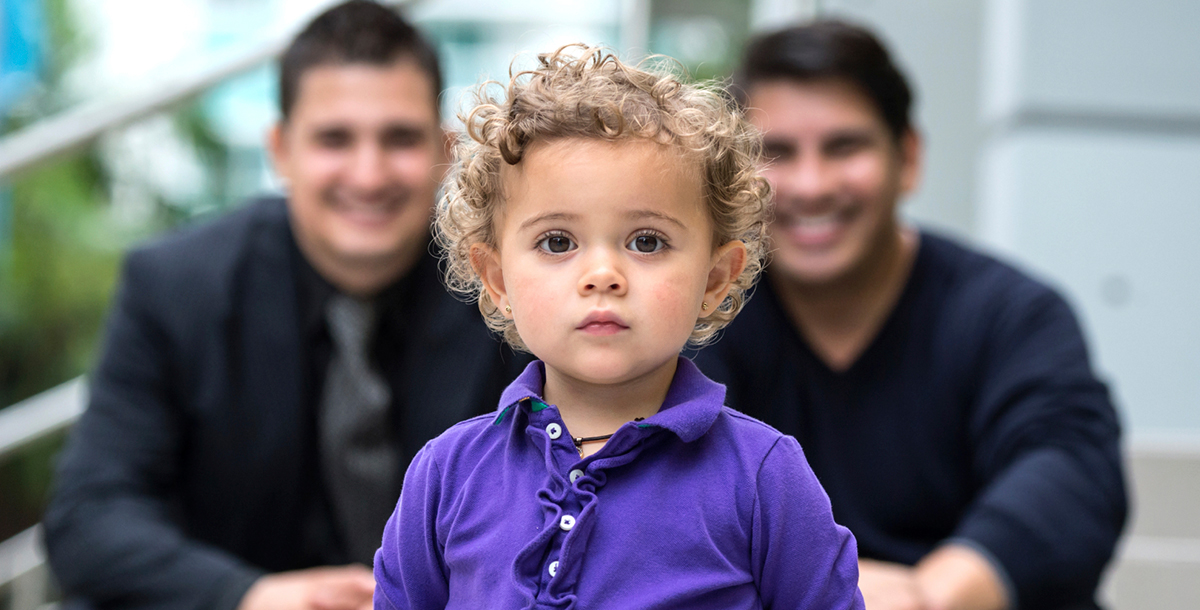 Gender: our past, present, future

Gender and women's studies investigates the cultural categories of masculinity and femininity (and the mixtures of the two.)

You'll gain insight into gender as it was understood in the past, as it influences the present and as it may transform in the future. You might read a novel from a female perspective, research social attitudes toward male caregivers or discuss the politics of sexuality.

You'll be encouraged to pursue firsthand learning through research, creative works and community service projects-all of which can be submitted for the gender and women's studies annual cash-prize competition.

A concentration in gender and women's studies emphasizes critical thinking skills that will deepen your insights into many different areas of study. You can go on to pursue a career or graduate degree in art, business, education, health care, media, politics, law, social work, psychology, sports or any other field that benefits from a strong liberal arts education.

We offer a concentration in gender and women's studies. 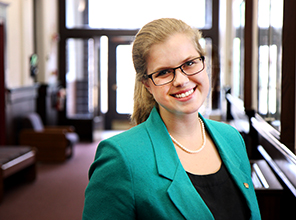 Roanoke senior Evelyn Clark was featured in this series that spotlights female leaders in student government across the country. Clark is a political science major, with a concentration in gender and women's studies. She's been involved in numerous student organizations, including College Democrats, LAMBDA Gay-Straight Alliance and the Public Affairs Society.

"I think it's difficult being a female leader anywhere in the world." said Clark. "There's a certain stigma for women who speak their mind and stand up for their beliefs. My greatest challenge would be encouraging other women to get involved and take on leadership positions."

Is gender inborn or a product of society? Are women and men basically the same or different? What counts as gender inequality? Gender and women's studies address these issues head-on. 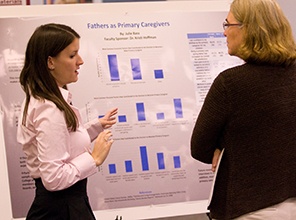 Sixty-one fathers took Julie Bass' survey and gave her insights into their daily struggles and triumphs as primary caregivers. Bass discovered that most stay-at-home fathers are often ostracized from playgroups because mothers are suspicious of them. They're often ridiculed by society, which Bass claims is a contradiction when our culture also complains about the lack of male influence in children's lives.

Bass discovered that the messaging of some advertisements works against fathers by showing them as incompetent, when in fact the opposite is true. The influence of a father can be incredibly beneficial to a child in more ways than one. A father is less likely to use baby talk when speaking to his child, increasing vocabulary and comprehension skills. Also, a father allows his children more time to figure out a problem before intervening, promoting independence and problem solving.

Her extensive research prepared Bass for life after graduation. She received an MSW degree from the University of South Carolina and currently is working as a family services specialist in Hanover County, Va. 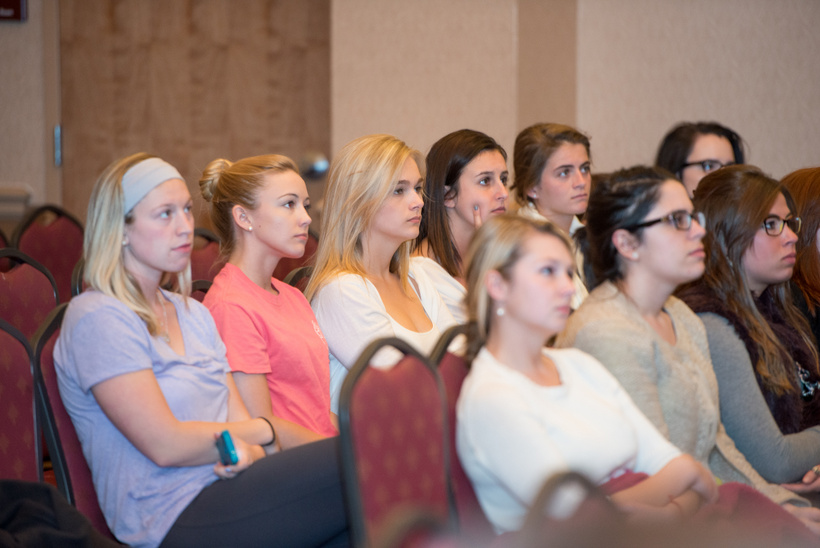 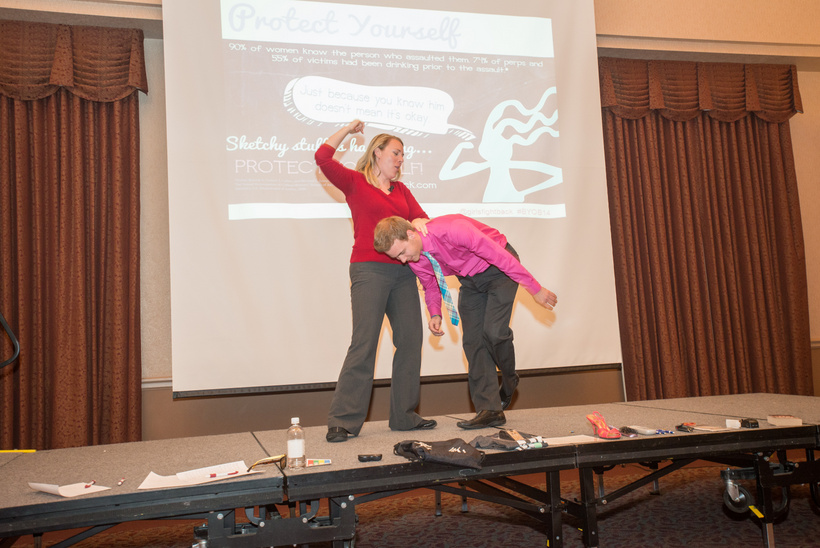 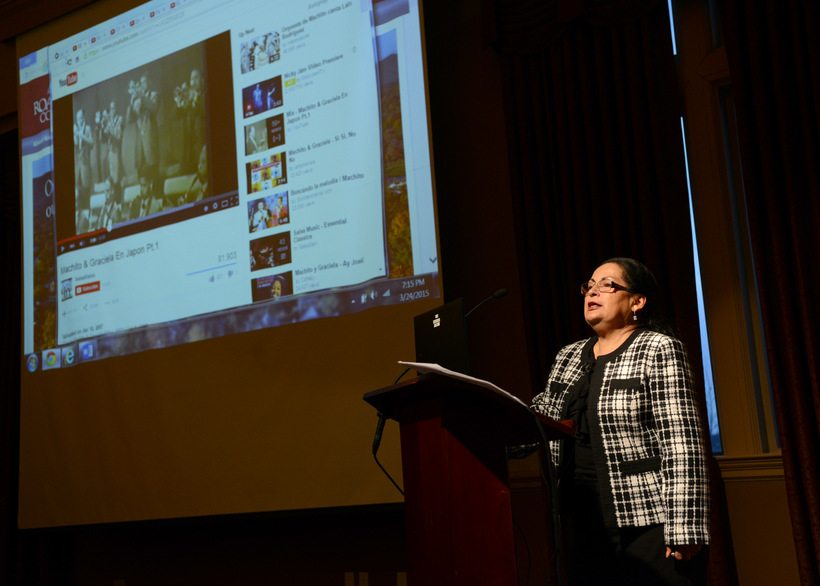 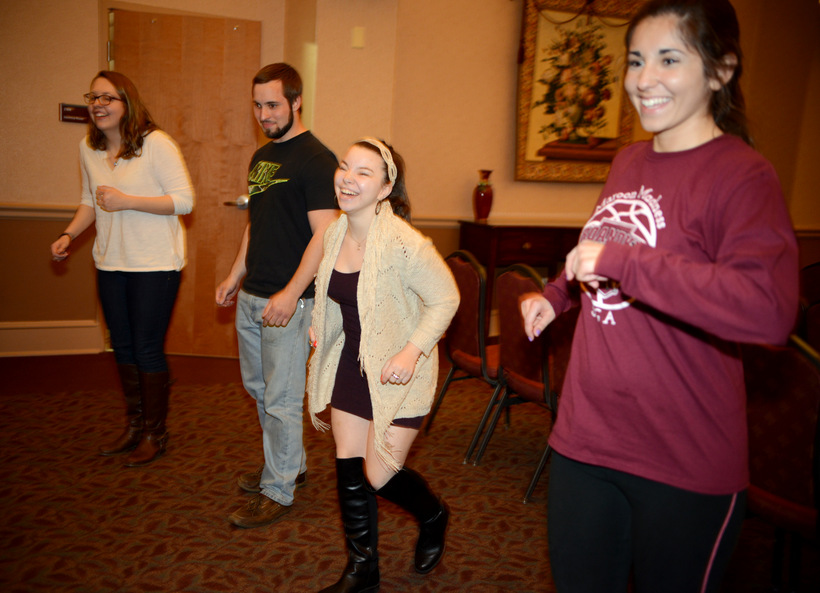 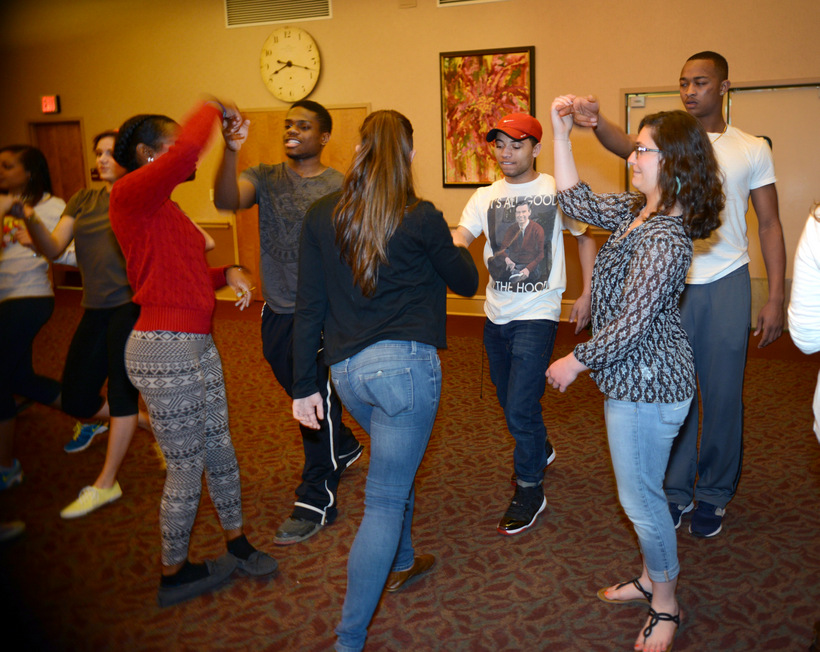 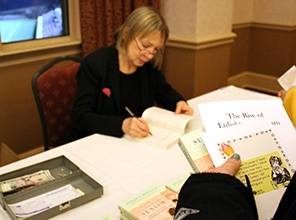 Renowned cultural critic, Susan J. Douglas, started her lecture Tuesday night with a simple observation: "Many young women regard [feminism] as the ideological equivalent to anthrax." She followed this by asking the audience if we aren't living in a "post-sexist" society and, if so, why feminism still matters. According to Douglas, the answer is pretty simple: we don't live in a "post-sexist" society. In fact, just a glimpse into popular media provides plenty of evidence to suggest that sexism is alive and well, despite the progress that's been made in recent decades.

Douglas used shows like "Toddlers and Tiaras," "Jersey Shore," and "Girls Gone Wild" to show how sexist sentiments persist under the guise of progress. Though plenty of women are represented in these programs, the characters they are forced to portray are often shallow and two-dimensional, only interested in physical beauty or fighting for the attention of men.

Despite claims of a post-feminist, post-sexist era, Douglas' lecture showed how behind America really is when it comes to gender equality and how much work still needs to be done.

Excerpted from a Brackety-Ack article by gender and women's studies student Rachel Barton. 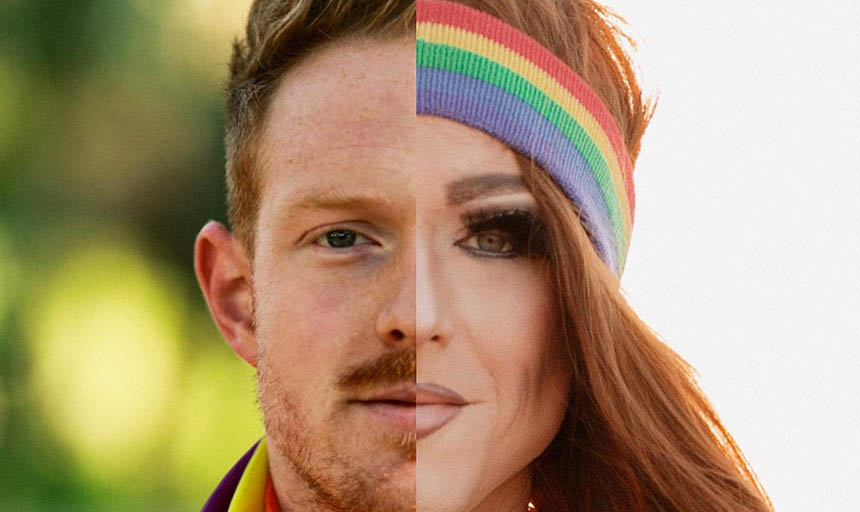 Diversity in the Outdoors with Pattie Gonia

Come listen to Pattie Gonia talk about their experiences and the importance of their work at a live Q&A!