The College provides a wide array of Intensive Learning opportunities, including travel courses as well as on-campus courses. The majority of these courses are offered in May, during a three-week term, although some travel courses may run a little over or a little under the three-week period. 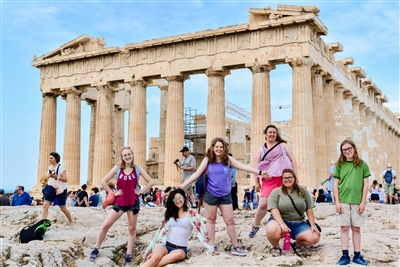 What is the best way to live? The ancient Greeks had different answers to the question of what made a human life truly excellent or godlike, from the heroic ideals in the stories of the Trojan War to Plato's philosophical vision of the good life. This course goes to Greece to put those answers into context. We will begin with the cities of the ancient heroes and visit sites dedicated to ancient Greek religion, ending at Athens, home of Socrates and Plato. In the process we will try to discover what a good or godlike life meant for the ancient Greeks, and what it could mean for us. 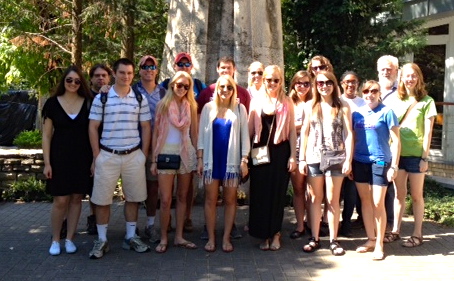 In this course we will travel to the center of Europe: Austria, Hungary, Poland and the Czech and Slovak Republics. Here in the period from the end of WWI to the Fall of Communism human passions were harnessed to antidemocratic, totalitarian and often murderous formations so unusual that recent scholars call them "political religions." By this they indicate how these movements filled the vacuum created by the loss of traditional religious faith with new claims of total meaning with which to organize life comprehensively around secular "gods" like nation, race, or class. We will study the texts of these scholars, along with Dr. Hinlicky's new book, Before Auschwitz, in tandem with travelling to significant sites of these political religions. On site we will hear lectures from local experts. We will note how traditional believers responded to these new political religions. 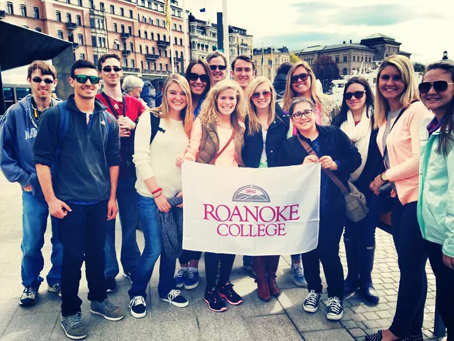 Stockholm, Sweden has pioneered an influential and complex model of social ethics. It is the birthplace of social security from birth to death to implement lagom- to each an equal share, but it is also the home of a popular royal family in their palaces, Ingvar Kamprad (the founder of IKEA who is often listed as the world's wealthiest businessman), and the ultimate personal distinction of the Nobel Prizes. To make our study of the city's social choices manageable, we will focus on the multifaceted interaction of Stockholm life with water. Stockholm is built on 14 islands where Lake Malaren meets the Baltic Sea, such that it is one third parks, one third city, and one third water. We will start each day at a site where Stockholm and water meet and then free students to complete a project investigating that point of interaction. What are the social choices and underlying ethic that shape how the people of Stockholm live with one another and ever present water.

Jesus in the Land of Israel (2013)
Dr. Gerald McDermott 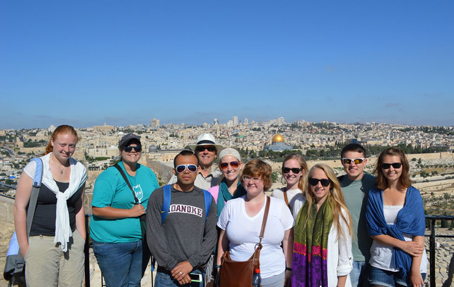 This course is an on-the-ground introduction to the life and teachings of Jesus of Nazareth.  We will review the history of Jesus research and its sources and methods; study the geography, politics, economy and religions in first-century Palestine; unpack the narrative and cultural background in the Old Testament; and then focus more directly on Jesus' central message and ministry.  Once in Israel, we will concentrate on the connections between Jesus' teachings and ministry and their geographical locations.  Studying them in situ will enable us to see the literary, theological, and topographical meanings of events in the gospels. 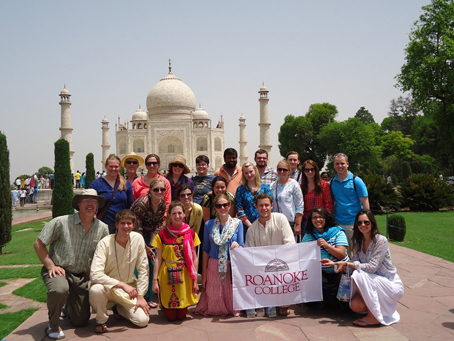 This course will be a team-taught immersion experience with some of India's most ancient and renowned sacred centers and religious rituals, involving intense study and fieldwork experience that cannot be matched in a classroom. Students will explore the relationship between sacred space, time and practices and leading a meaningful life for individual practitioners of Indian religions. Travel destinations will include Islamic, Hindu, and Buddhist religious sites in the North Indian cities like Delhi, Varanasi and Bodhgaya, along with exposure to inter-religious diversity in South India in a city like Hyderabad. While in India, students will experience and learn about religious diversity, interfaith relations, and inter-religious reconciliation. Emphasis on histories and direct fieldwork experience will be shaped and informed by strategic readings and focused writings, reflections, and discussions.

The course is an in-depth study of the life and thought of Paul in Greece and the Aegean Islands. By relating the Bible to ancient history, archaeology, geography, and ancient Greek and Jewish literature, students will be able to see the setting of Paul's thinking and career within the Jewish and Hellenistic worlds. We will be staying in Thessalonika, Delphi, Athens and various ships/ferries on the Aegean Sea. We will see some of the most beautiful and important sites in the ancient world: biblical Ephesus (Turkey), Corinth, Philippi, the islands of Mykonos, Rhodes, Patmos, Crete, and Santorini, the famous Meteora monasteries perched atop rock towers, and all the magnificent historical sites of Athens. 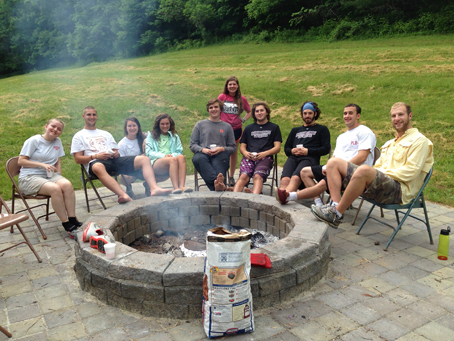 How can we understand our relationship to nature? Are humans fundamentally separate from, or a part of nature? Are human beings superior to the rest of nature? Is it possible for humans to live in a harmonious relationship with the rest of nature?  Can we learn from non-human forms of life?  This course introduces students, in an intensive learning environment, to the ways in which philosophers and literary writers have conceived of the relationship between human beings and nature in the Western tradition.  In the third week, students immerse themselves in nature by setting up camp in rustic cabins in the woods, unplugging from modern conveniences, and engaging in a number of outdoor (recreational and survival) activities.  In the third week students will be challenged to simplify their lives and pare down to the bare necessities.  This class is reading, writing, and dialogue intensive, and the third week will challenge students mentally, physically, and socially.  (First two weeks on campus, third week at Alta Mons camp) 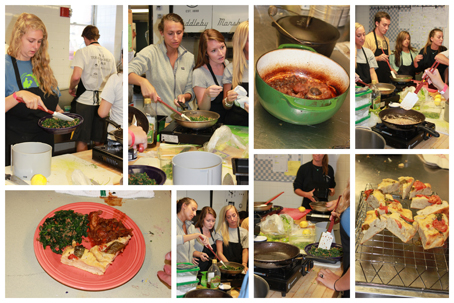 This course studies the relation between the perennial philosophical question, "How should one live?" and the more mundane question, "What should one eat?" The relation between these two questions will be explored through reading, discussion, and hands-on experimentation in the kitchen. Every class will contain both discussion of assigned readings and an opportunity to cook. The cooking will be focused on the cuisine of Italy, particularly Roman cuisine. (Course on campus)

The Trial of Socrates (2013)
Dr. Hans Zorn
This course will look at the trial of Socrates and examine different views about it.  Was he a martyr for the truth, for example, or a victim of political intrigue?  Was he guilty of the accusations set against him, or unjustly prosecuted for his religious and political views?  How should we understand the reports of those who wrote about his trial?   Finally, what would we have to know about his society and intellectual milieu in order to answer any of these questions? (Course on campus)