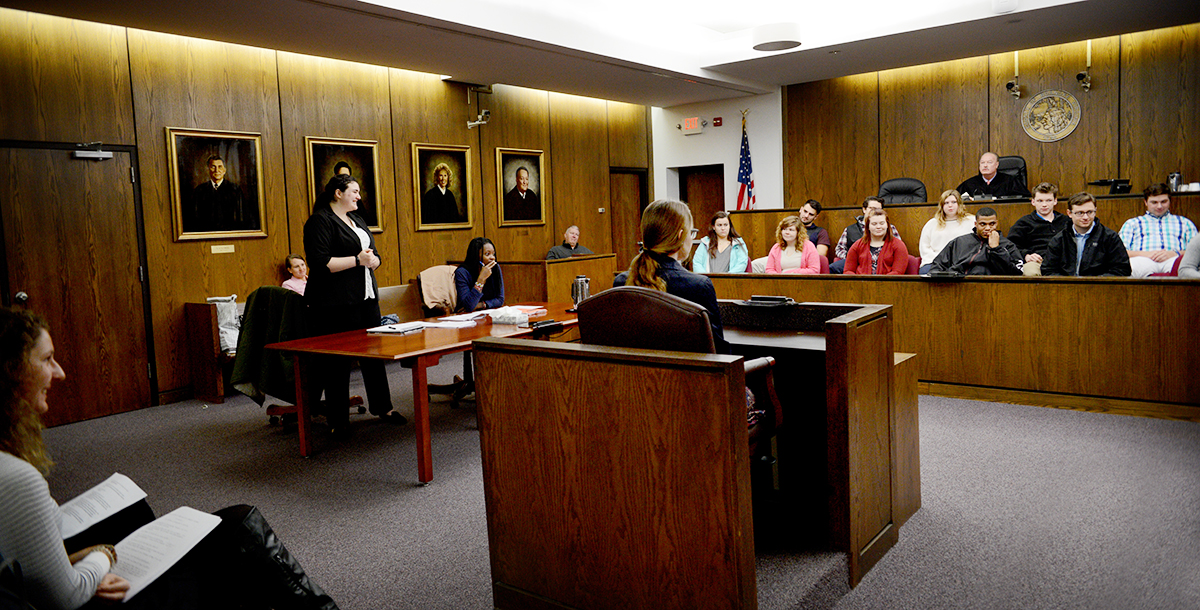 As a criminal justice major at Roanoke, you'll investigate the causes and impact of crime, as well as methods of controlling criminal behavior.

Our approach offers you both a deep exploration of criminal justice issues and practices, as well as exceptional communication and problem-solving skills. The major approaches criminality through political, sociological, scientific and psychological perspectives.

Roanoke offers students internship opportunities with regional police departments, probation offices, attorney's offices and immigration centers. Our Washington Semester gives you the chance to complete federal internships with agencies, such as the U.S. Marshals Service, the Secret Service and the Bureau of Alcohol, Tobacco, Firearms and Explosives. You'll have opportunities to engage with speakers who come to campus through the Fowler and Turk lecture series. Past guests include Sister Helen Prejean, author of Dead Man Walking; Piper Kerman, author of Orange is the New Black; Amanda Knox, a college student wrongfully convicted of murder while studying abroad in Italy; and Monica Lewinsky, former White House intern.

We offer a major in Criminal Justice.

“It helped me narrow my career focus and helped me to realize the magnitude of numbers of federal law enforcement agencies out there.”

Alea Bier '13 reflecting on her Washington Semester internship with INTERPOL

Great opportunities for our students 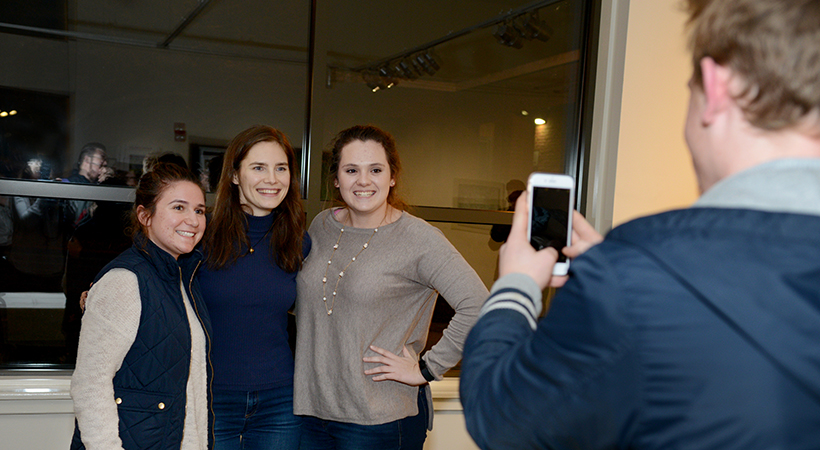 Amanda Knox came to campus to speak about what it's like to be publicly vilified and convicted, and what she's learned about truth-seeking in the process. Her story raises important issues not only about her own case, but about the larger question of wrongful convictions both abroad and in the American legal system. 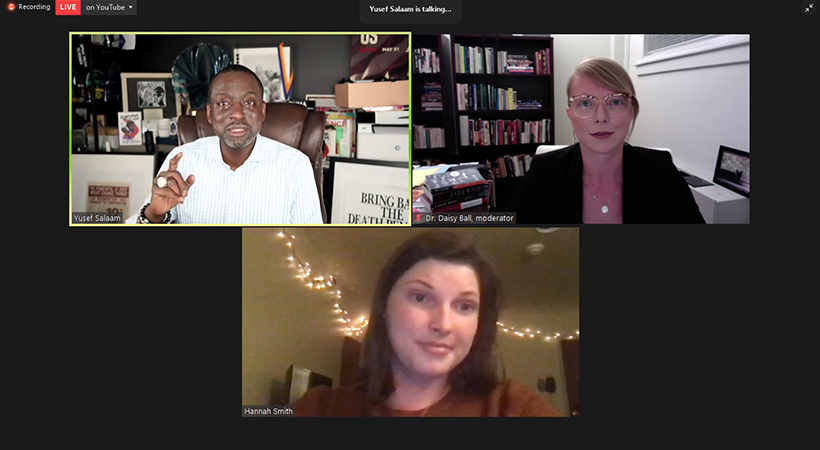 Yusef Salaam, civil rights advocate and member of the Central Park Five, spoke to Roanoke students about his experience, along with four other teenage boys of color, of being jailed for the rape and attack of a jogger in Central Park in 1989 only to be proven innocent in 2002. 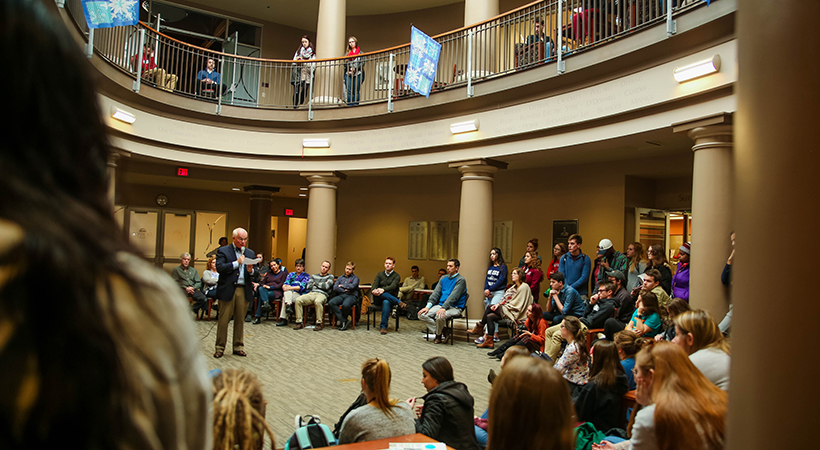 The college regularly holds teach-ins with interdisciplinary faculty panels about what's happening in our community and world. 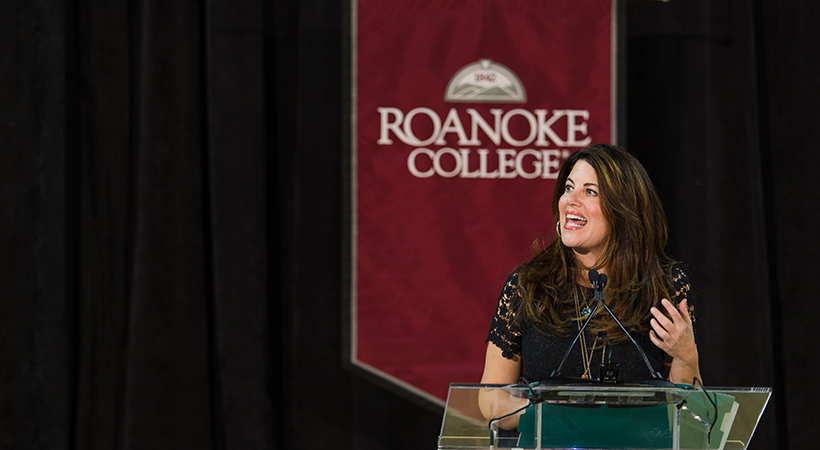 As part of Roanoke College's examination of civil discourse and democracy, the Turk Pre-Law program sponsored a talk by Monica Lewinsky

Our grads work for important organizations

Washington Semester Build your resume with experience in our nation's capital 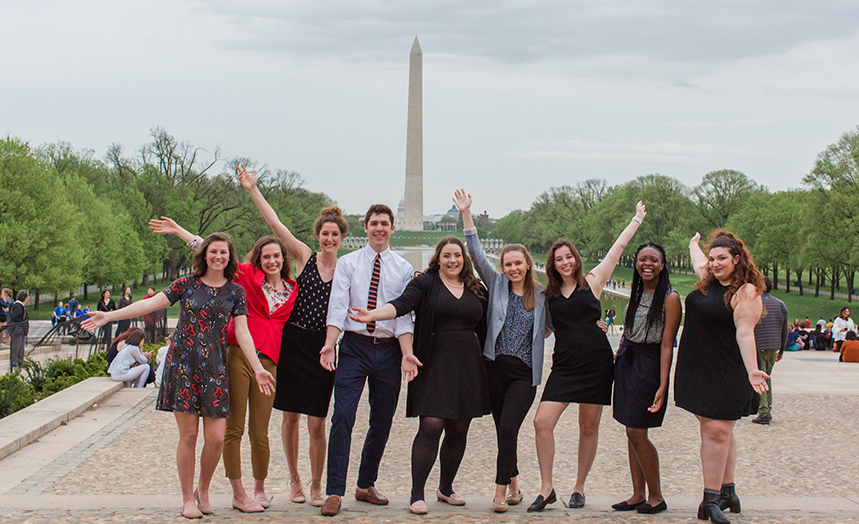 Our Washington Semester gives you the chance to complete federal internships with agencies, such as the U.S. Marshals Service, the Secret Service and the Bureau of Alcohol, Tobacco, Firearms and Explosives. This program allows you to live, study, and intern while earning academic credit from Roanoke College. You will take two courses taught by professors from surrounding universities as well as complete an internship.  More information. 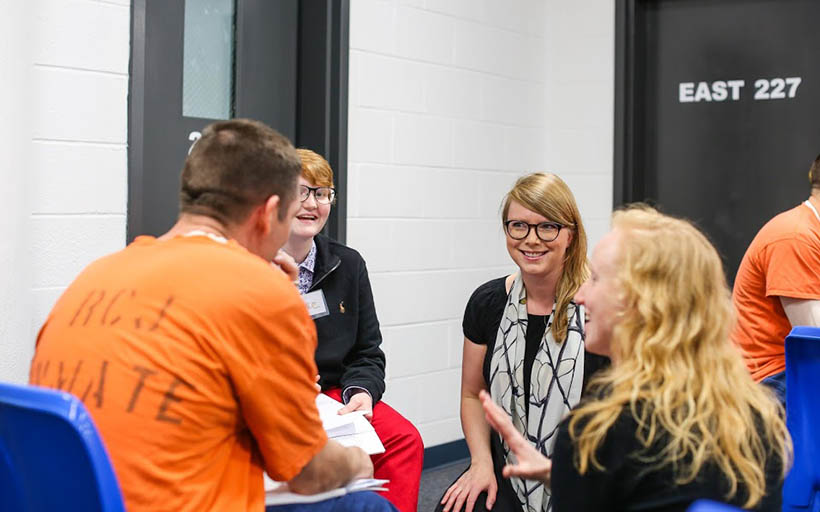 Dr. Ball, assistant professor of Criminal Justice, recently launched an Inside-Out Prison Exchange Program class at Roanoke College. Inside-Out is a unique international educational program that brings traditional college students (“outsiders”) together for semester-long learning with incarcerated individuals (“insiders”). Roanoke College’s program is one of only a handful of Inside-Out programs in Virginia.

The Roanoke College/Roanoke County Jail course meets once a week, and all students who complete the course receive one course credit. Inside-Out’s mission is to “foster social change through transformative education.” The program exposes traditional college students to the realities of incarceration, while exposing inmates to academic content and pro-social interactions with college students.

“Involvement in the Inside-Out program is a highly educational and memorable experience for all involved,” Ball said. “ This program epitomizes Roanoke College’s commitment to both experiential learning and community involvement.” 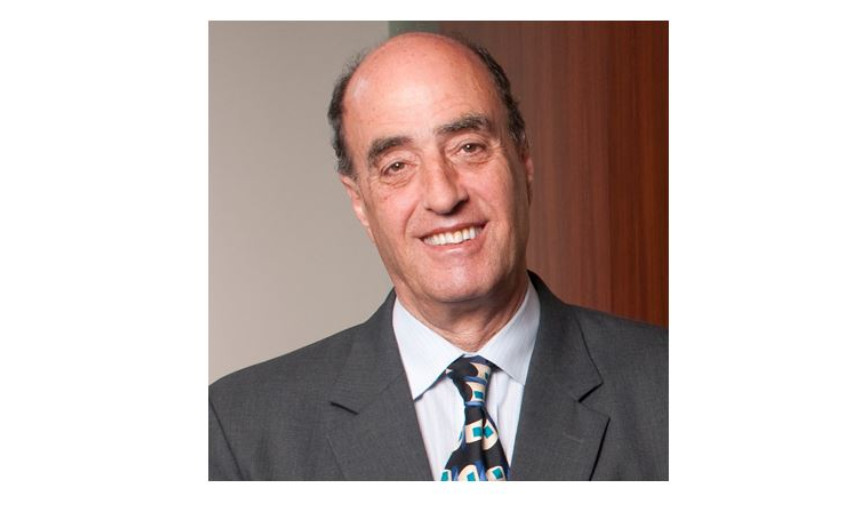 The Constitution Day lecture will be given by Robert Fabrikant, a senior counsel at the law firm of Manatt, Phelps, & Phillips LLP. 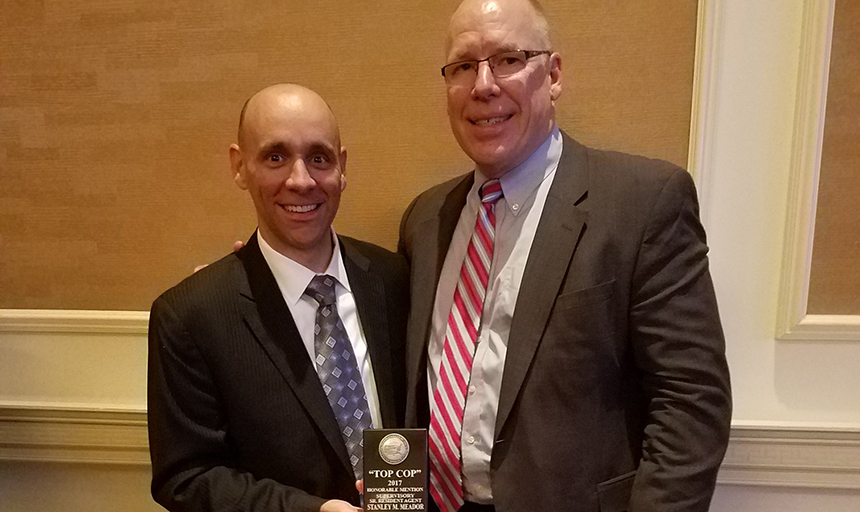 Stanley Meador ‘96, criminal justice major, was recognized with a national tribute award for law enforcement officers in Washington, D.C. in May. After playing a key role in finding a child who had been abducted from her home, he received a National Association of Police Organization “Top Cop” Honorable Mention award. The six-year old girl was found alive by Meador and other FBI agents. Meador serves as the Supervisory Senior Resident Agent with the FBI in Wilmington. 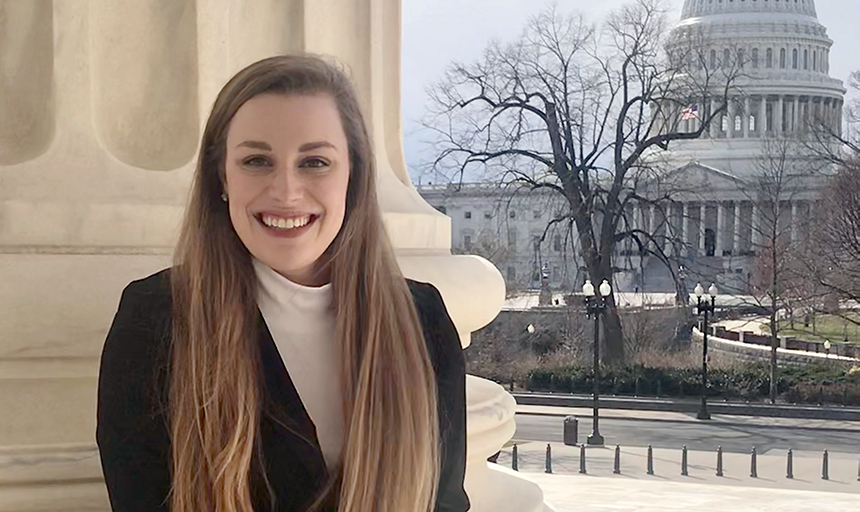 Bekah Carey ‘19, a Harvard Law School student who graduated with degrees in criminal justice and political science from Roanoke, is one of 48 people in her class of 565 who earned a spot as an editor on the Harvard Law Review. “Roanoke trained me really well on all the things it said it does,” Carey said. “How to think critically, how to write, the opportunity to do research from day one. Unparalleled opportunities.”  “I got such an incredible education and was able to hold my own at Harvard Law in a class of people who have a master’s from Oxford or had 10 years of a career somewhere and went to Ivy League undergrad,” Carey said. Read more. 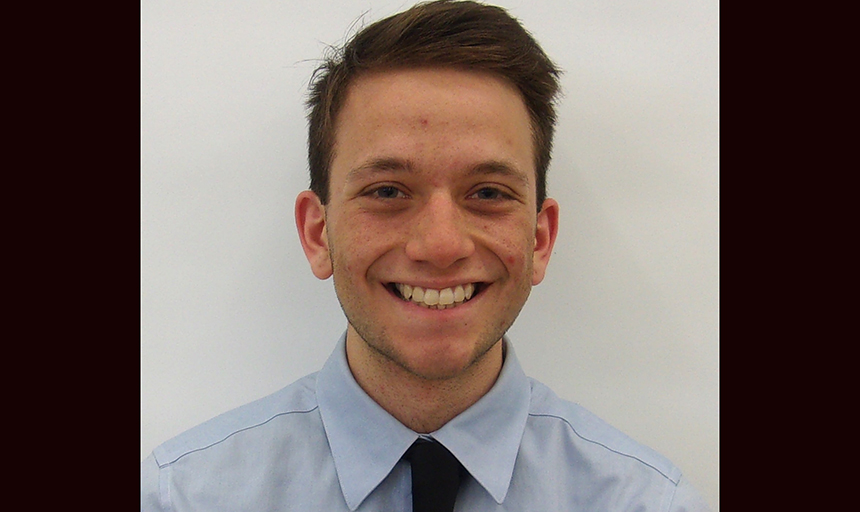 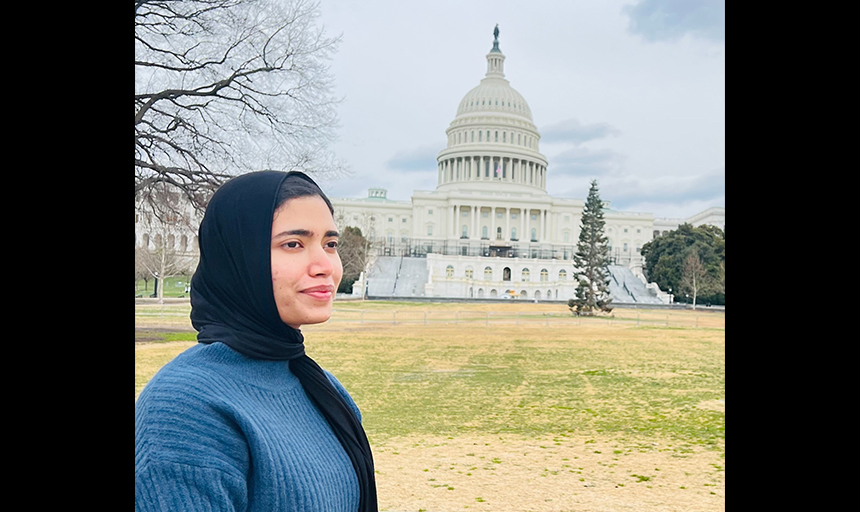 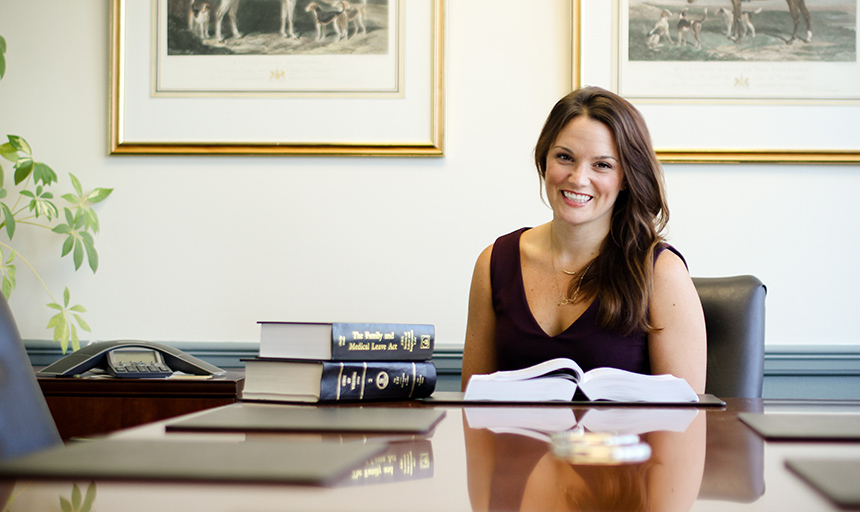 Carrie Harris '05 always thought she'd end up a lawyer. As a talkative, type-A person who loved to debate any topic, friends and family told her she should go to law school. While at Roanoke, she decided to pursue a legal career in civil litigation after having internships in Washington, D.C., and with U.S. District Judge James Turk in the U.S. District Court for the Western District of Virginia. She graduated from the Marshall-Wythe School of Law at William & Mary in 2008, and now, she's a senior attorney at Spilman Thomas & Battle, PLLC, in Roanoke, specializing in labor and employment law. Close relationships with several professors in Roanoke's public affairs department, including Dr. Joshua Rubongoya and Dr. Todd Peppers, influenced and directed her career path. "At Roanoke, I feel like I was mentored and given opportunities in the real world," Harris said. Even as a high-schooler, Maggie Anderson '13 dreamed of a career where she could immerse herself in writing and academic research. She decided to become a Maroon after being impressed by Roanoke College's Research Fellow and Summer Scholars opportunities.

The scholarly skills Anderson honed in those programs mightily impressed Dr. Todd Peppers, the Henry H. & Trudye H. Fowler Professor in Public Affairs. He invited Anderson,  in the summer before her junior year, to help him research the late Marie Deans, who dedicated her life to the abolition of the death penalty.

The pair's work continued for six years and resulted in the book "A Courageous Fool," which was released in 2017.   Anderson always thought she'd like to write a book one day, but never pictured it happening this soon. "This is a dream come true," she says. "The college hosted an event for the founder of the FBI's Art Crime Team, Robert Wittman, and this was literally a life changing moment for me. From that day on, I wanted to become a modern day 'monument's woman' and defend communities' rights to their cultural heritage," said Brieanah Gouveia.

Gouveia later received a Fulbright Study Award to Scotland's University of Glasgow to pursue a master's degree in art history after Roanoke. Her program focuses on art crime and art law. There, she hopes to get experience from a law firm on art-related alternative dispute resolution, or in a provenance section of an auction house or museum.

"I want to be involved in safeguarding world cultural sites," said Gouveia, who plans to apply to law school.